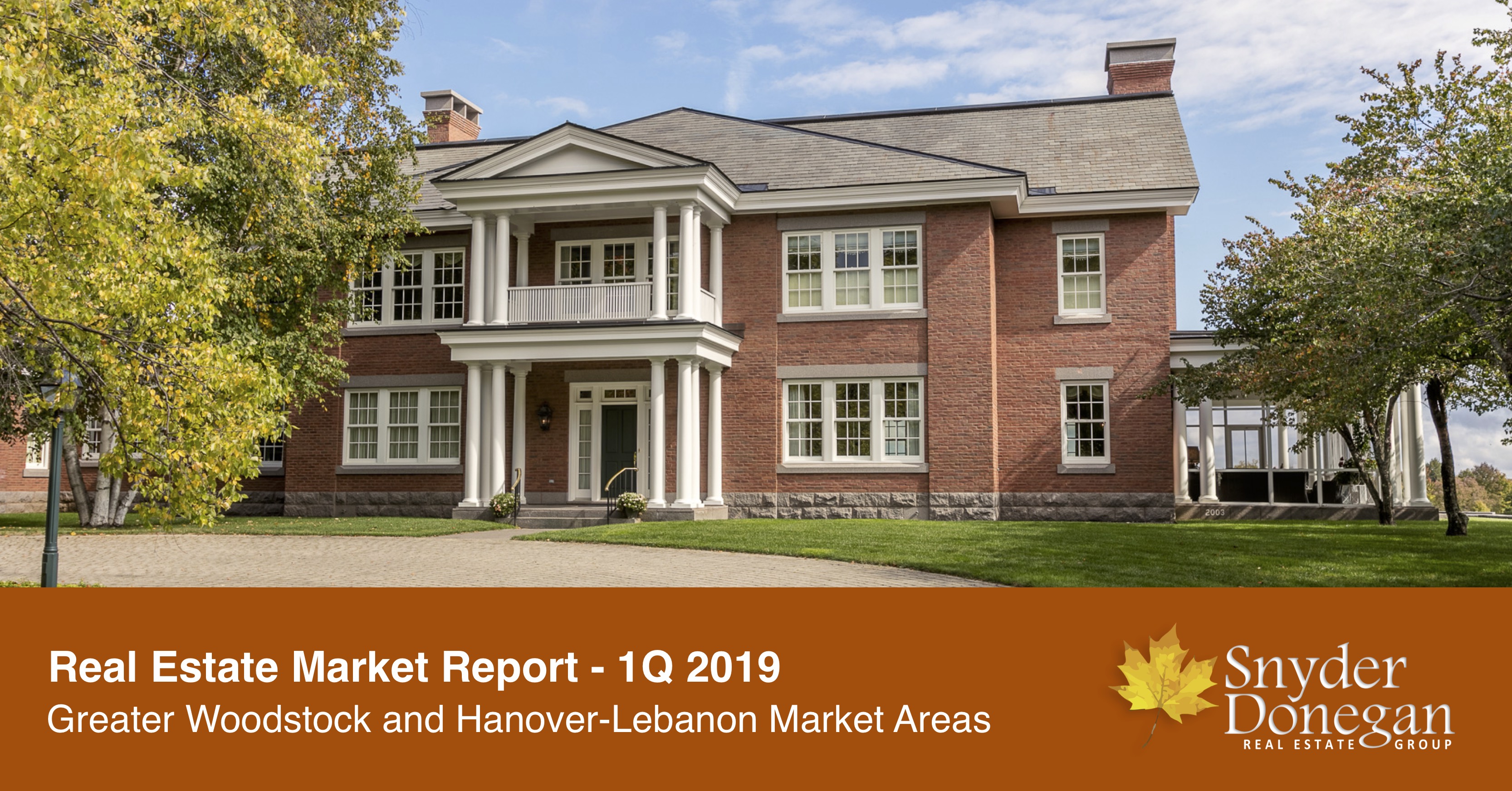 The residential real estate market for the Greater Woodstock market area continued to tighten in 2019, with forty (40) sales of single-family homes.  While sales were down 11% in the first quarter of 2019, compared to the same period in 2018 with forty-five (45) sales, we believe this decrease is due to a continued decline of inventory rather than any reduction in buyer demand.  The forty homes that sold during 1Q this year were on the market for an average of just 5 months before selling, compared to 6 months in 2018, and 10 months in 2017.

If we were to point to a defining theme in the market for 1Q it would be the further reduction of inventory throughout the market.  Specifically, the number of homes actively listed on April 1 of this year was down 21% compared to 2017 - from 154 to 121, respectively.  For certain segments of the market that are in highest demand the low supply of homes is striking.  For example, on April 1 of 2014 there were a total of thirty-one (31) properties listed in the village of Woodstock, compared to just four (4) on the same date this year.

As inventory continues to shrink while buyer demand continues at the same pace if not stronger, it comes as no surprise that sellers, on average, are getting closer to their asking prices.  The average negotiating discount – the percentage difference between a home’s list price and sale price – was just 6.06% for homes sold during the first quarter, down from 6.58% in 2018, and at its lowest point since 2005.

In regard to luxury properties, there were two (2) sales of homes over $1 million during the first quarter, and there were three additional properties active under contract or pending as of this writing.

Buying activity in the Greater Hanover-Lebanon market area continued to be strong in the first quarter of 2019, perfectly matching the pace of 2018 in terms of sales.  Specifically, the market saw forty (40) sales of single-family homes during Q1 compared to the same amount last year.  The homes that sold in 2018 were on the market for an average of just 3 months before they were purchased, the shortest amount of time since 2011, where properties sat for an average of 5 months before selling.  The number of homes actively listed on April 1 of this year declined 10% from last year, from 73 to 66, respectively.  [Note: these figures do not include homes that were actively listed in Hartford and Lebanon, as we don’t have data for active listings in those two towns prior to 2017]

Another sign of continued strength in the Greater Hanover-Lebanon market area was the average negotiating discount, which has been steadily decreasing since 2011 – from 6.46% to a record low of just 4.18% for the first quarter of this year.  The median price of homes sold during Q1 rose to $422,000 – 36% higher than any other year on record.  Homes that sold during the first quarter were on the market for an average of 3-months, the shortest amount of time on market for any first quarter on record.

The Greater Hanover-Lebanon market area had a good start to the year in regard to sales of luxury properties.  There were two (2) homes that sold for $1 million or more, and there are an additional five (5) properties that are currently under contract or pending. 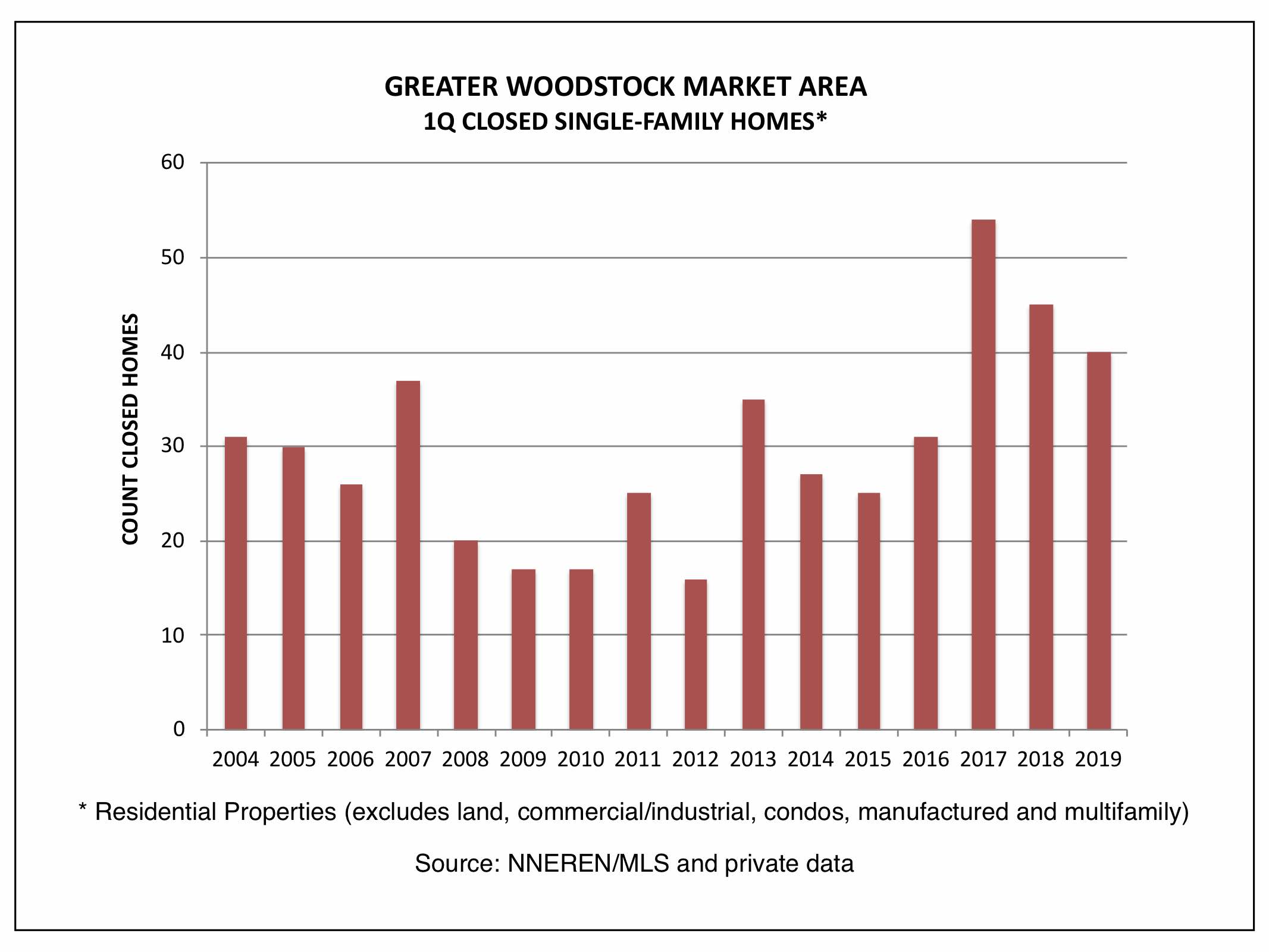 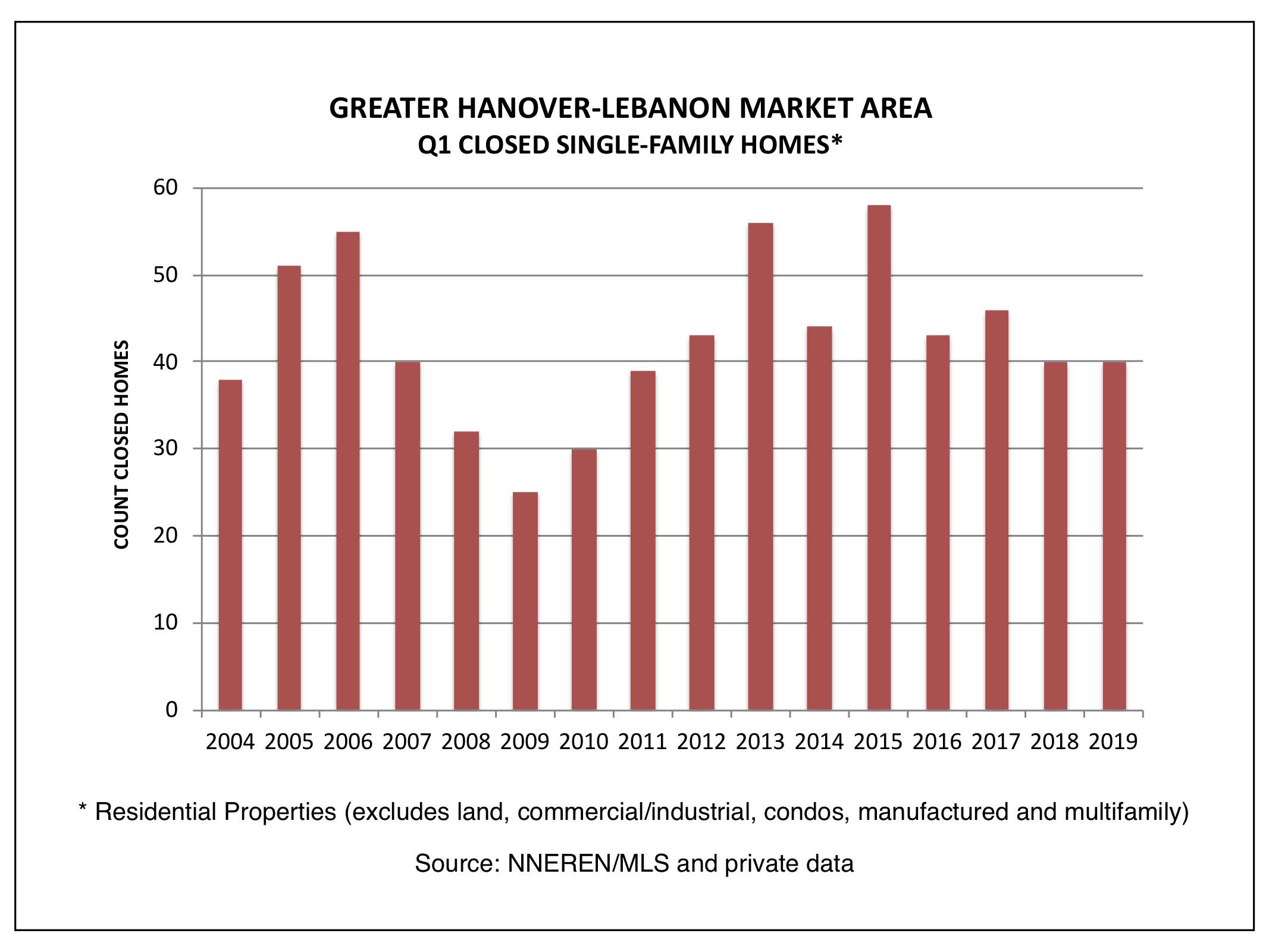 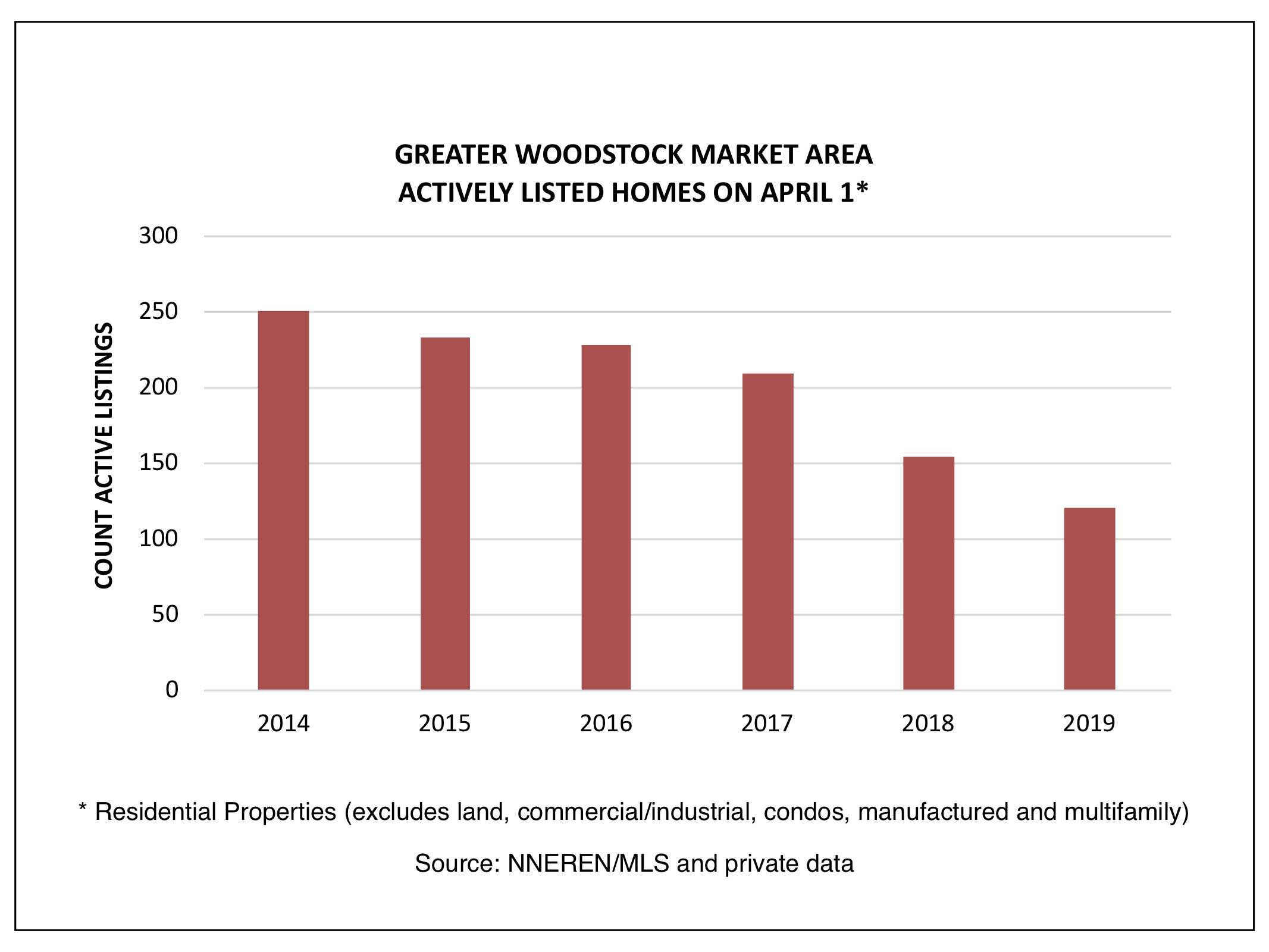 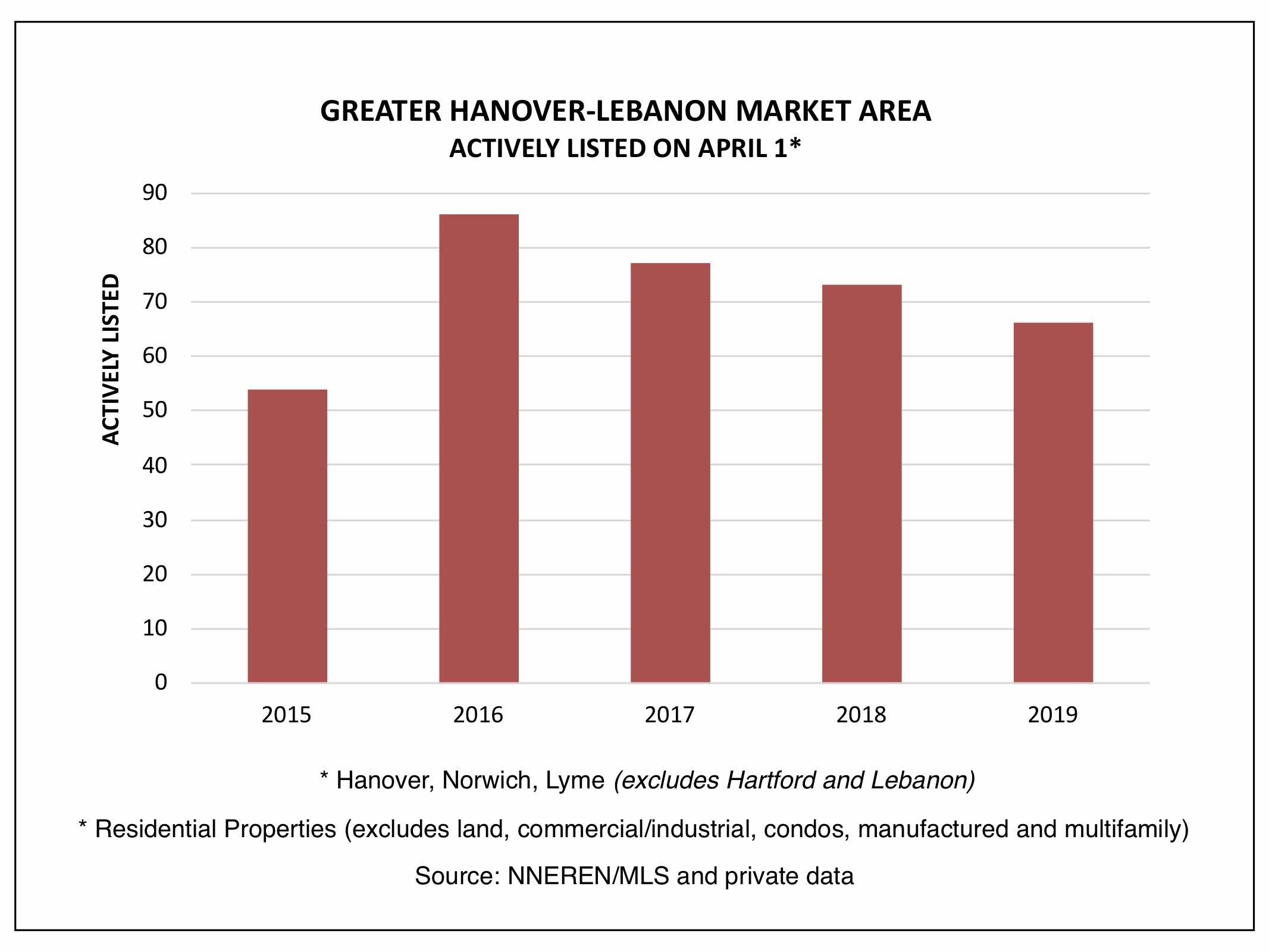 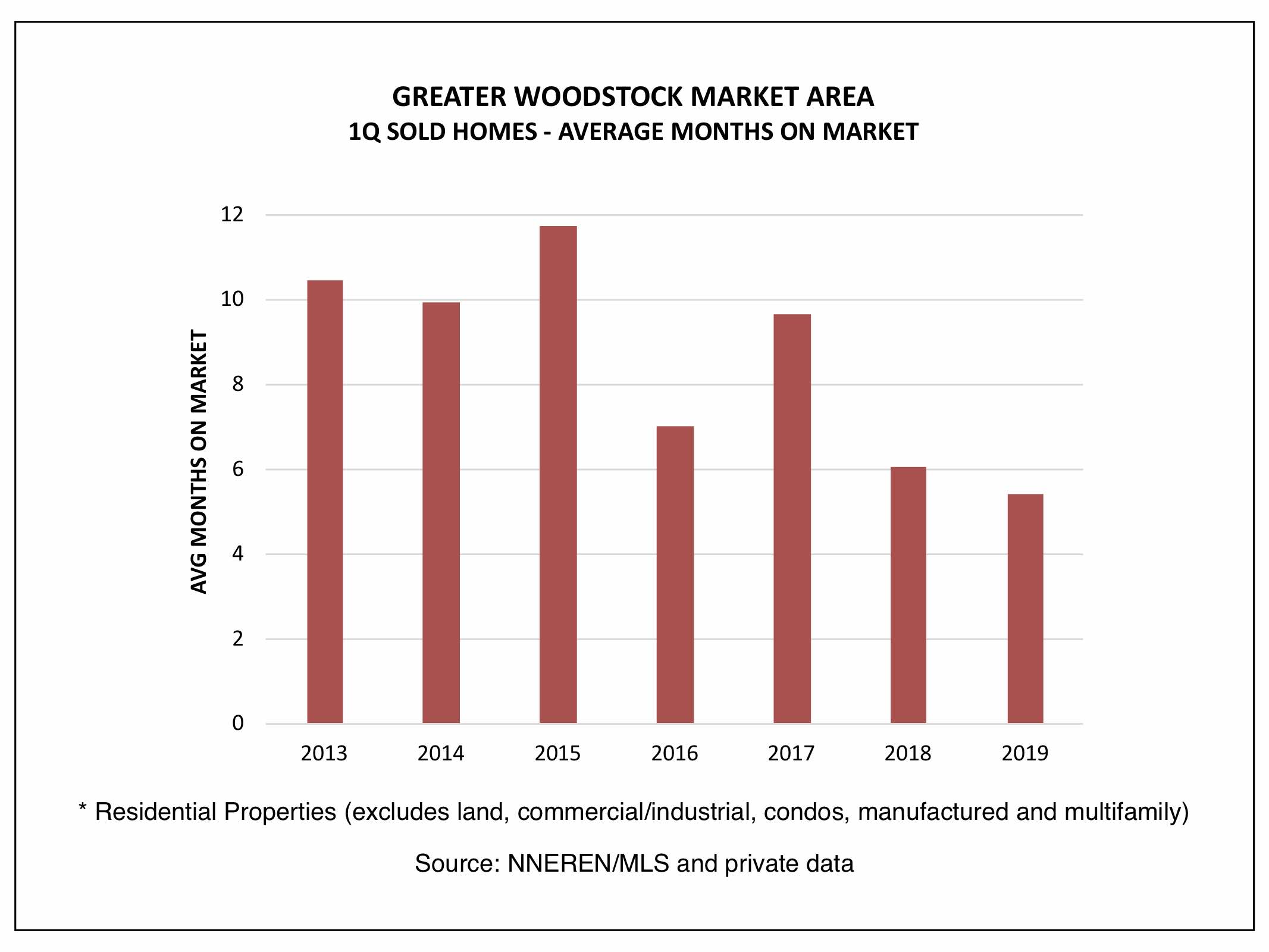 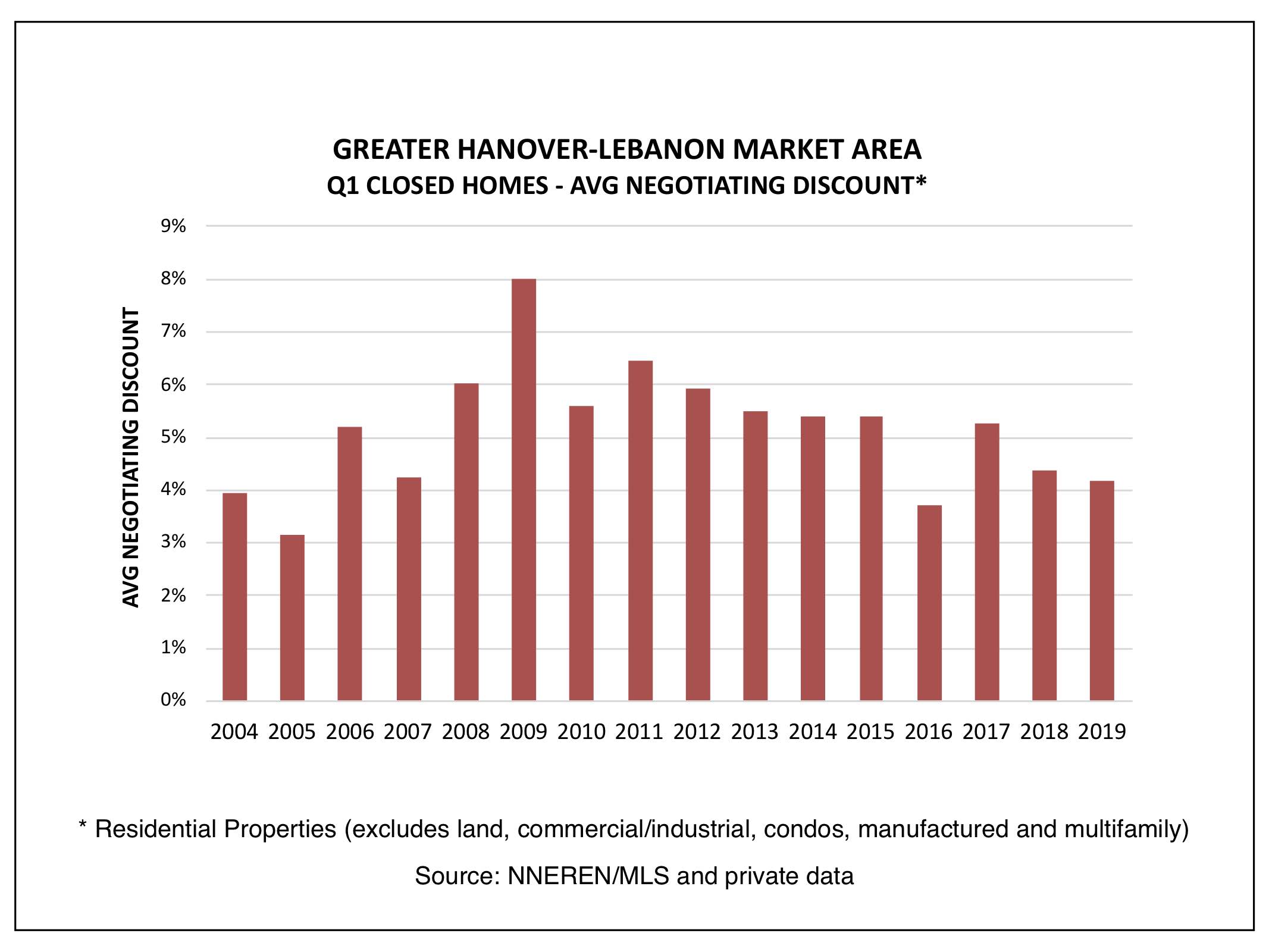 Click on any of the following towns to view market analysis for the full year of 2018 and historical statistics.