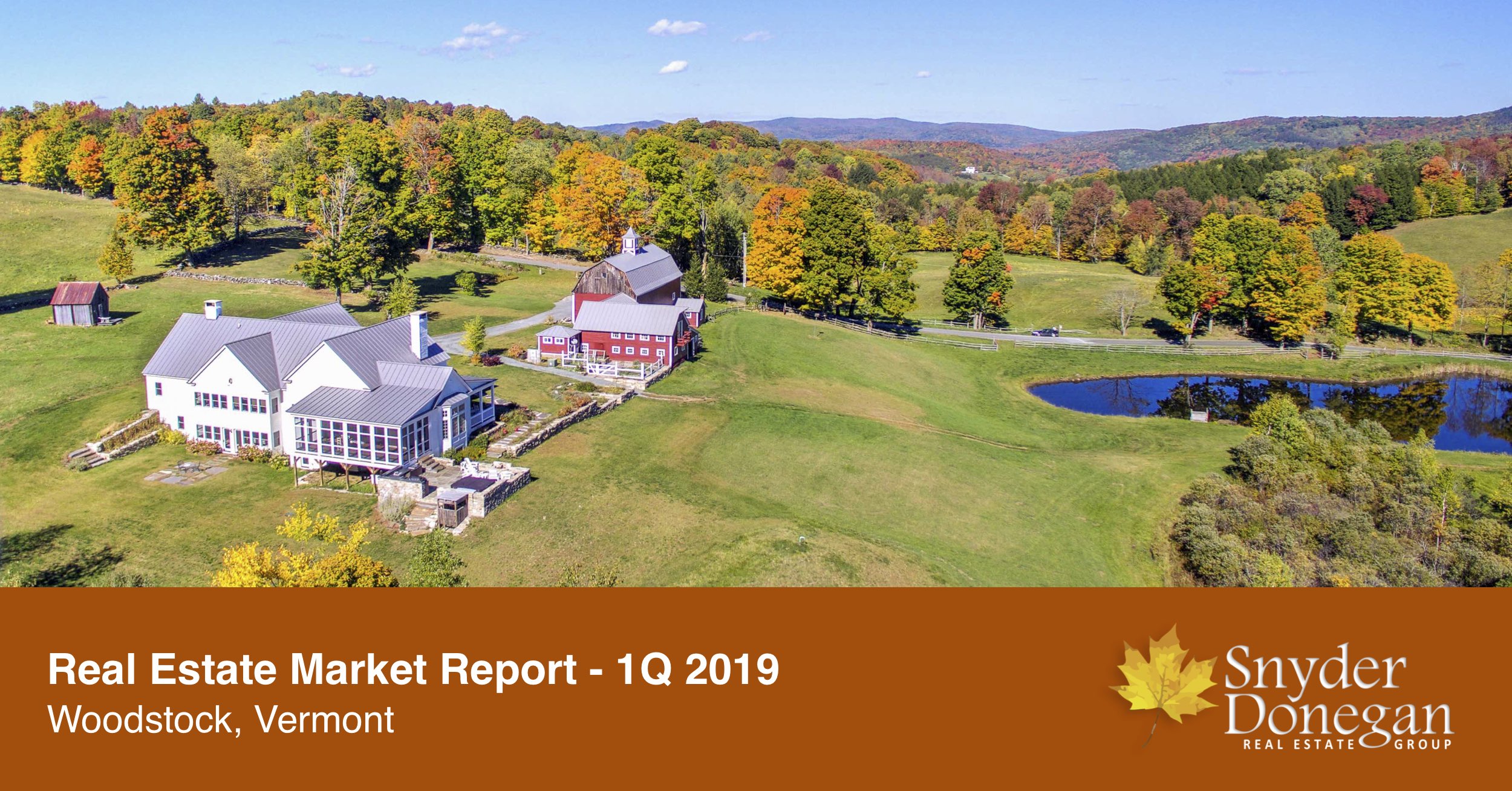 The Woodstock, Vermont real estate market had an exceptional start to 2019, with twenty (20) sales of single-family homes during the first quarter of 2019, up 81% compared to the same period in 2018, and nearly matching the pace of the record-setting year in 2017, with twenty-one (21) sales during the period.  As of April 1, there were twelve (12) additional properties active under contract or pending.

Further demonstrating that the market is tightening, homes that sold during 1Q 2019 were on the market for an average of just four months before selling, compared to six months in 2018, and a high of eighteen months in 2014.

Supply of homes in Woodstock has been declining continually since 2010 and is now at its lowest point since post-recession highs.  There were just forty-three (43) properties listed for sale on April 1 of this year – a 53% decrease compared to the same date in 2011, where ninety-one (91) properties were listed of sale.

The reduction of inventory in the village of Woodstock itself is dramatic.  There were thirty-one (31) properties listed there on April 1 of 2014 compared to just four (4) on the same date this year – an 87% reduction!

There were two (2) sales of homes listed for over $1 million during the first quarter, matching the first quarter of 2017, which ultimately went on to set a record for the town with fourteen (14) sales for the whole year.  As of April 1, there were two (2) additional properties listed for over $1 million under contract, pointing to a good year ahead for the market in terms of sales of luxury homes.

Charts illustrating the above information can be found below, followed by a complete list of all twenty (20) properties that closed during 1Q 2019. 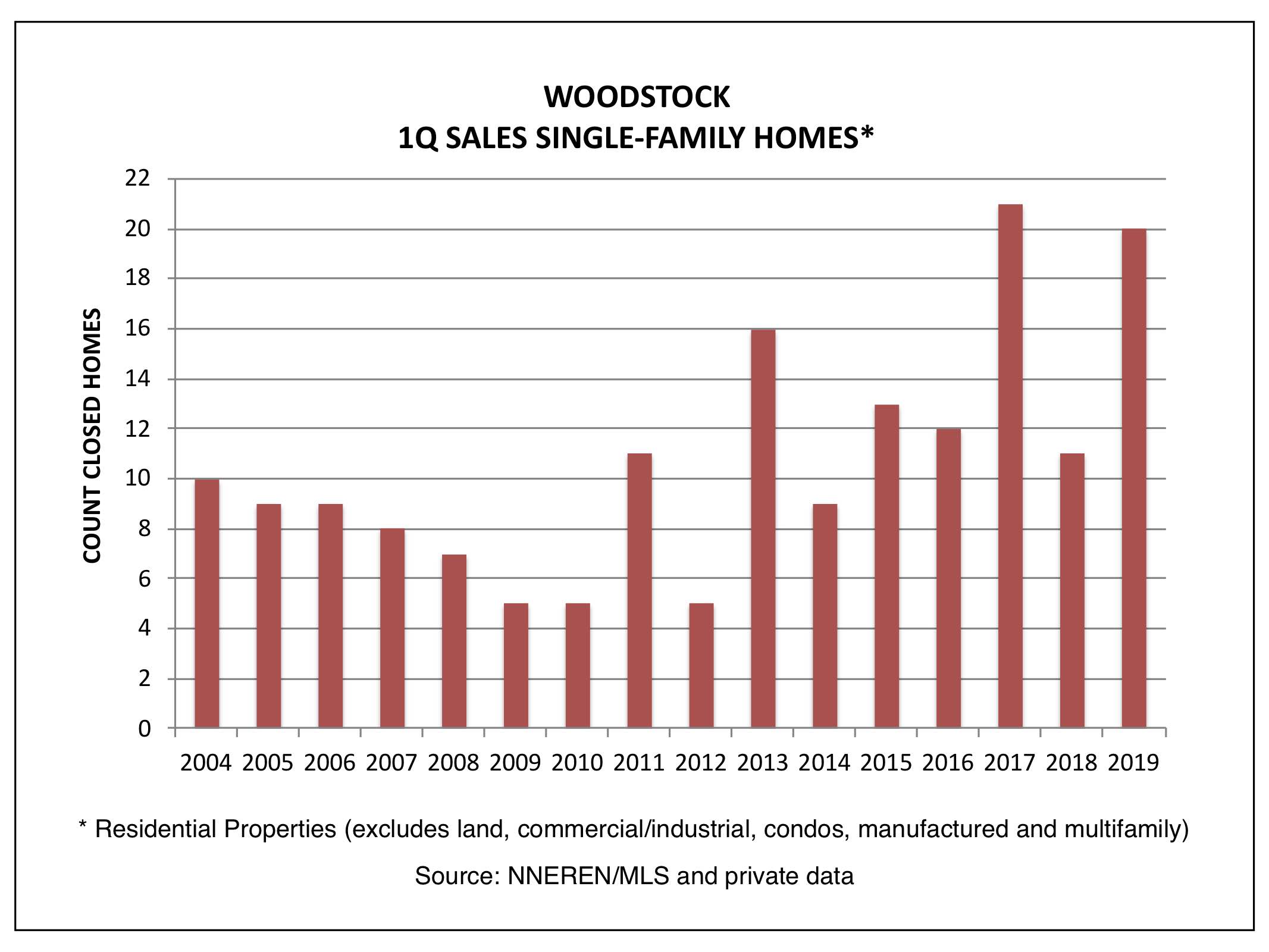 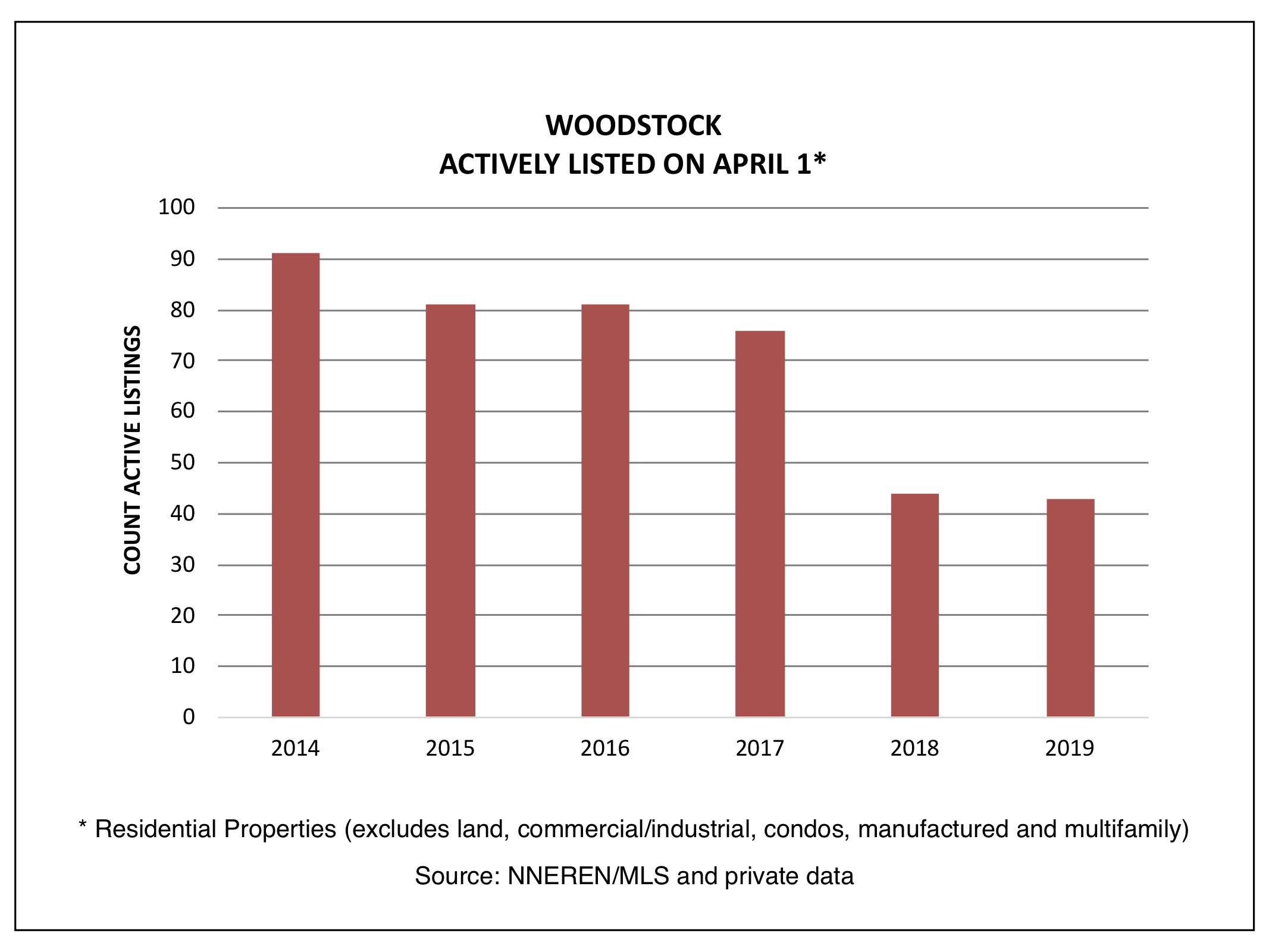 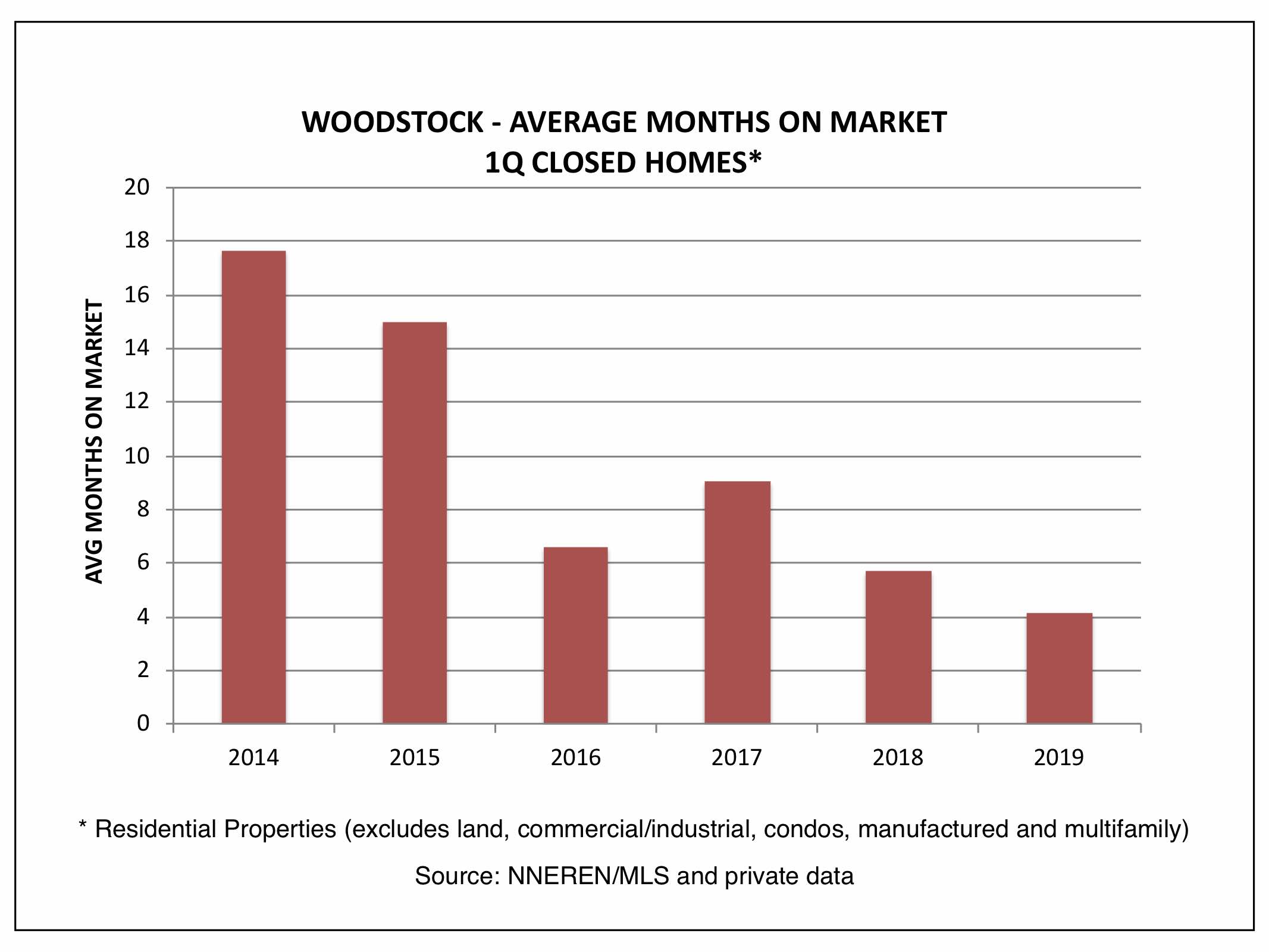 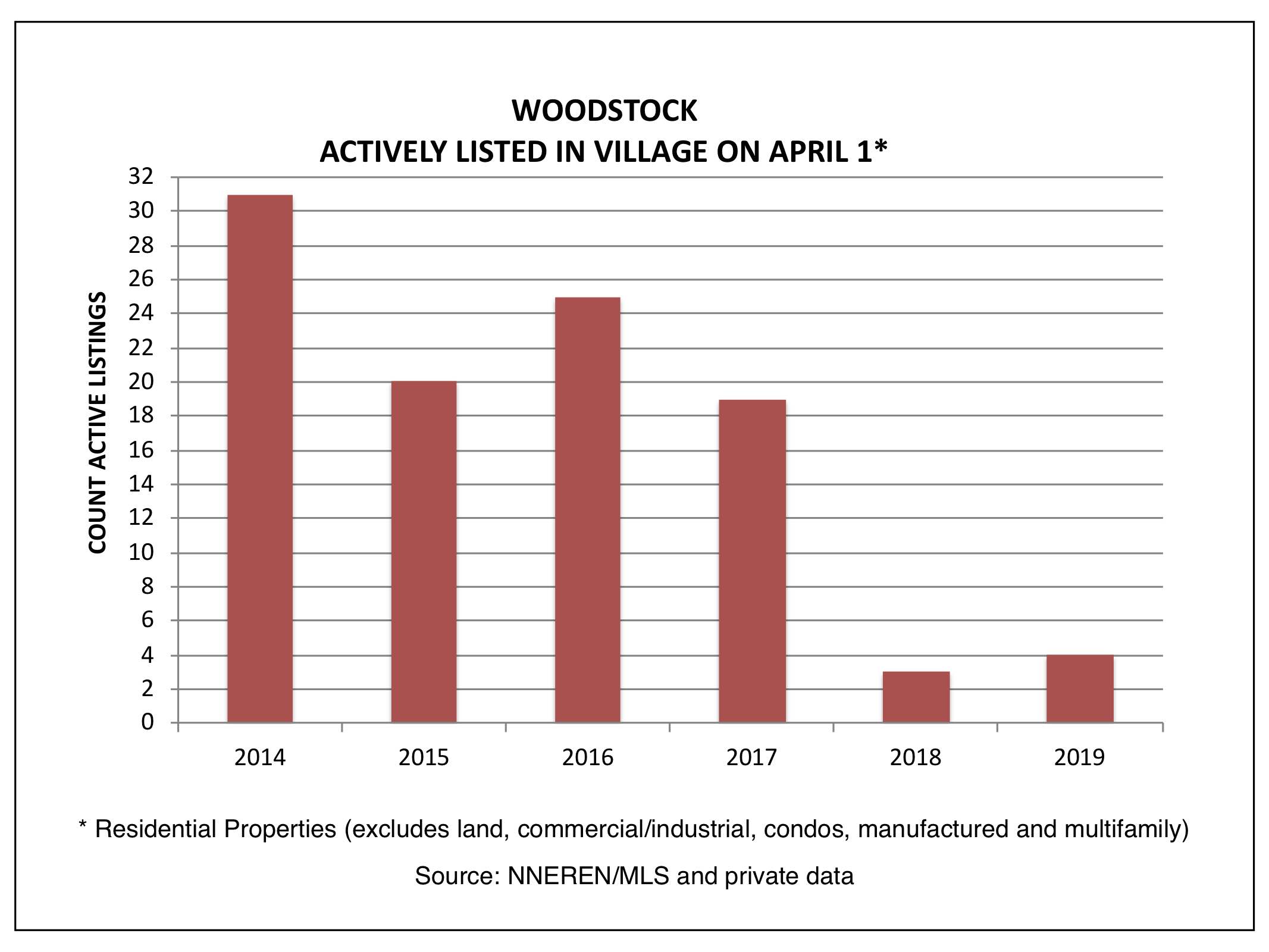 A list of all 20 properties that sold/closed in Woodstock during 1Q 2019 is below.