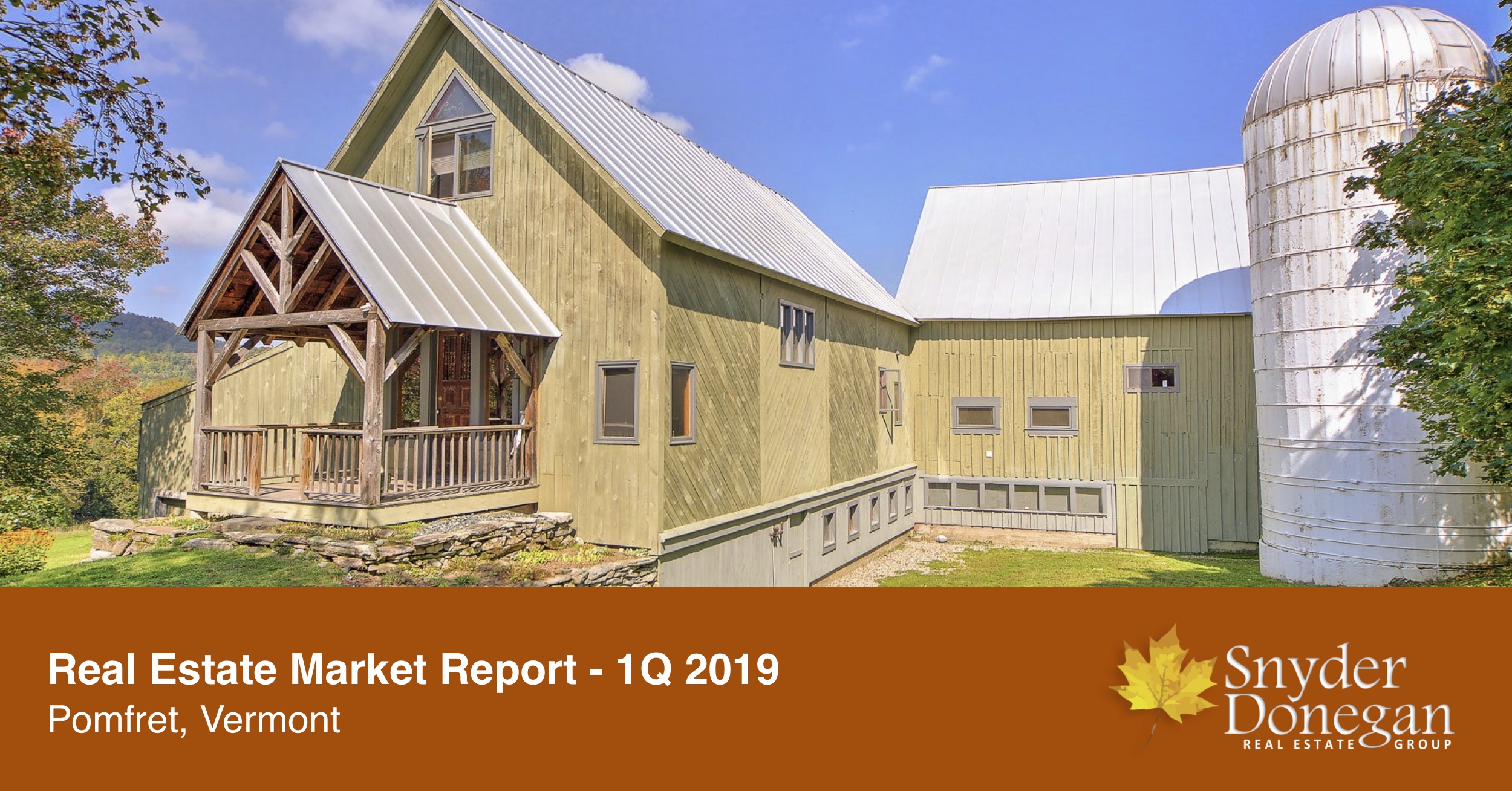 It is important to remember when evaluating first quarter sales that buying activity is almost always the slowest during this period, when snow covers the ground and cold weather discourages many people from wanting to go out and look at houses.  From a 2004-2018, on average, just 18% of sales occurred during the first quarter, with 26% occurring in the second quarter, 31% in the third quarter and 25% in the fourth quarter.

Like Woodstock and other nearby towns, Pomfret has been following a trend of decreasing inventory over the past 5 years and has now reached its lowest point since 2014.  On April 1 of this year there were just eleven (11) houses actively listed for sale, down 39% from the same date last year with eighteen (18) homes actively listed.  We first observed this inventory decline early last year in Woodstock alone, before the effect ultimately pushed out into surrounding towns such as Pomfret, Barnard, West Windsor, Reading and Hartland.

Charts illustrating the above information can be found below, followed by a list of properties that closed in Pomfret during 1Q 2019. 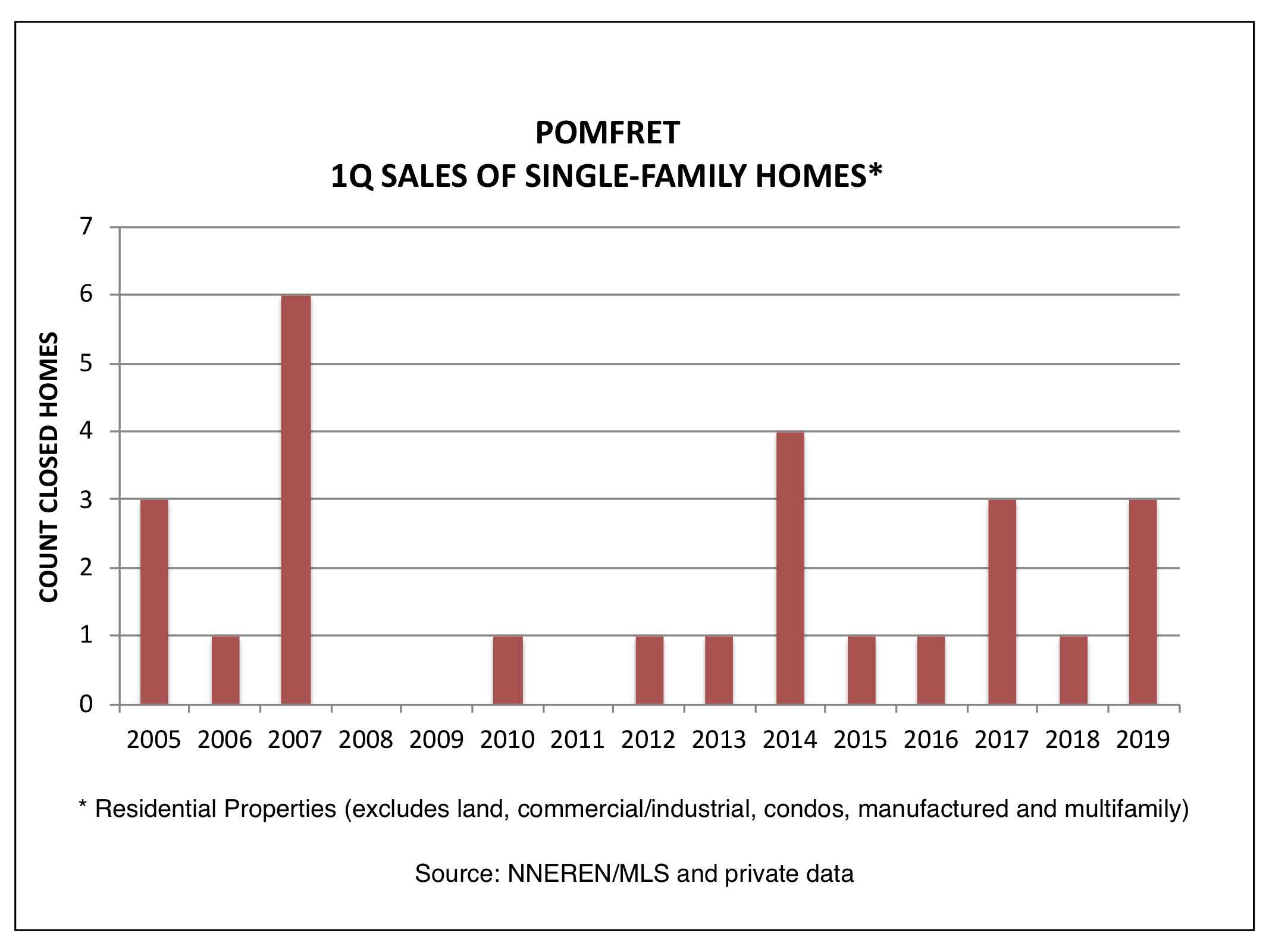 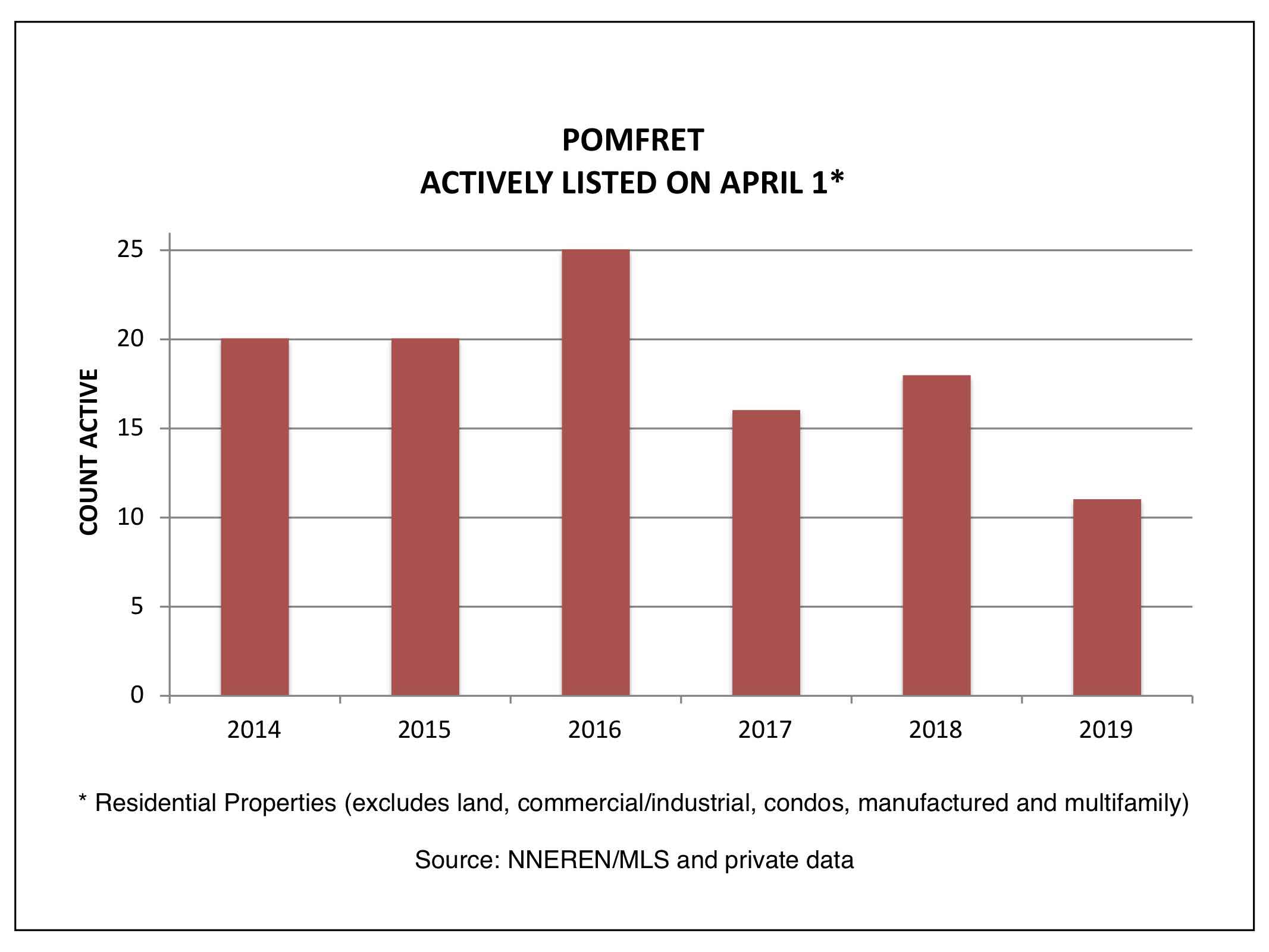 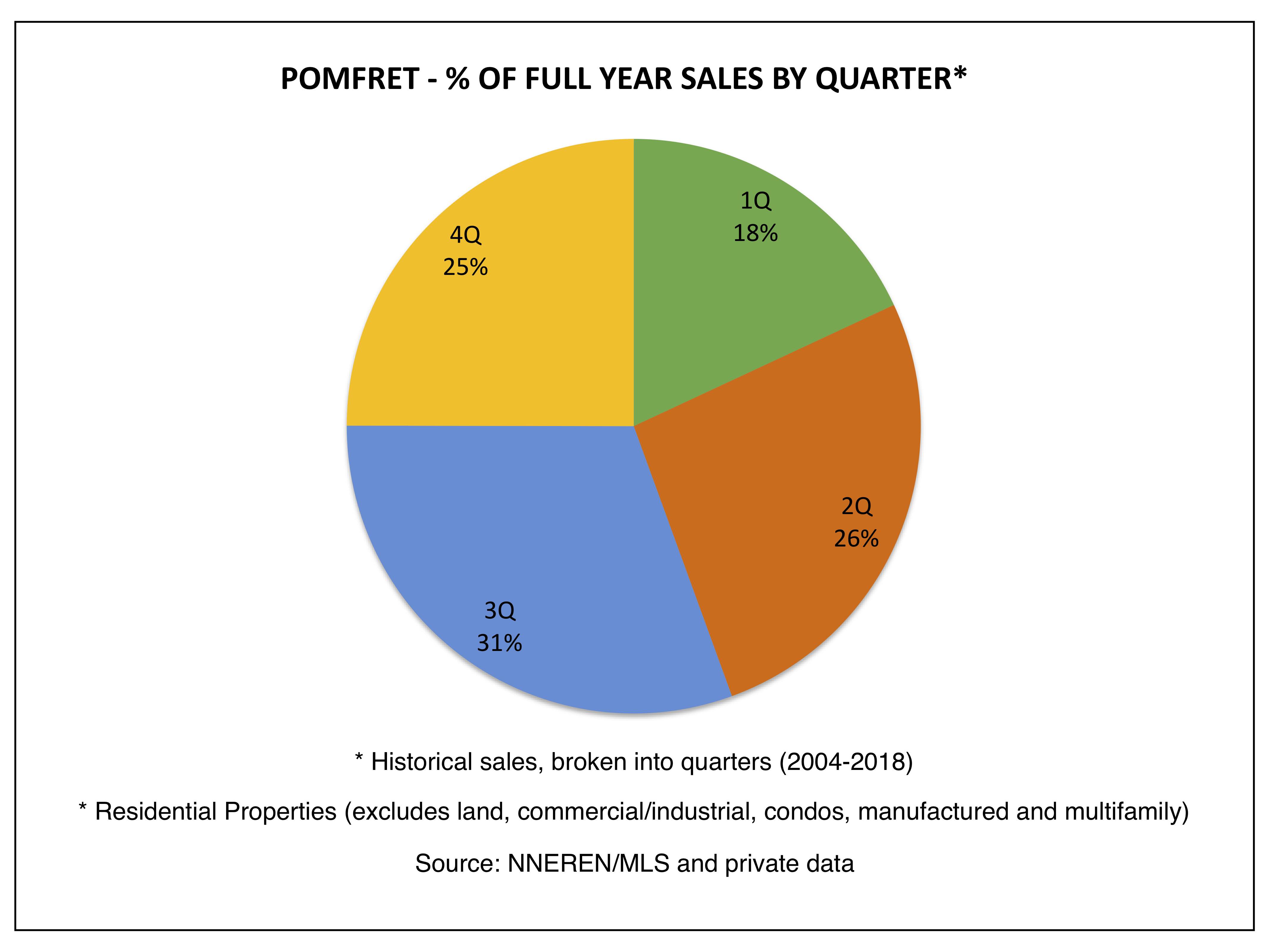 A list of properties that sold/closed in Pomfret during 1Q 2019 is below.