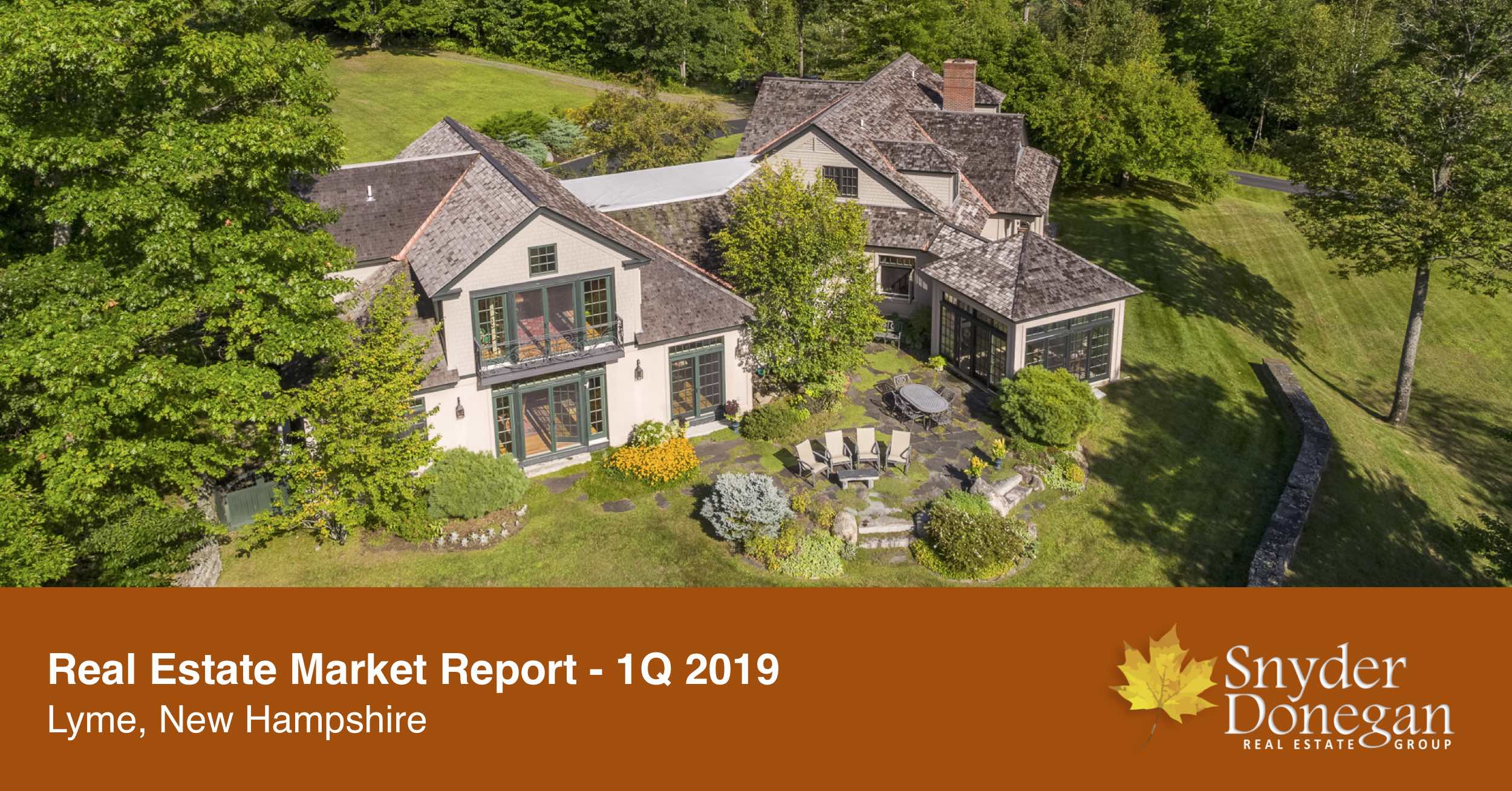 The Lyme, New Hampshire real estate market saw three (3) sales of single-family homes in the first quarter of 2019, up from just one (1) sale during the same period in 2018.

As stated in our first quarter report for 2018, Lyme is not known as a market with substantial inventory nor yearly transactions.  Post-2008 recession there has been an average of just fifteen (15) properties sold per year.  However, properties in Lyme tend to be higher in value.  There were sixteen (16) properties actively listed on April 1 of this year, with an average and median price of $950,000 and $667,000, respectively.

First quarter sales in Lyme have not been a very good predictor of the number of transactions to come during the remainder of the year.  The market saw nineteen (19) sales in the full year of 2018, even though the first quarter saw just one (1).  Examining data from 2004 through 2018 shows that an average of just 13% of sales occurred during the first quarter, 34% in the second quarter, 27% in the third quarter, and 26% in the fourth quarter.

Taking that into consideration, it is still too early to predict how the rest of the year will shake out for Lyme.  However, solid numbers for the towns of Norwich and Hanover – both of which had a good first quarter both in terms of sales, and as of this writing, have many properties active under contract – indicate that there is strong and ongoing buying activity in the market area as a whole.  As of this writing, there were five (5) properties active under contract or pending, likely to close in the coming months.

Charts illustrating the above information can be found below, followed by a list of the properties that closed during 1Q 2019. 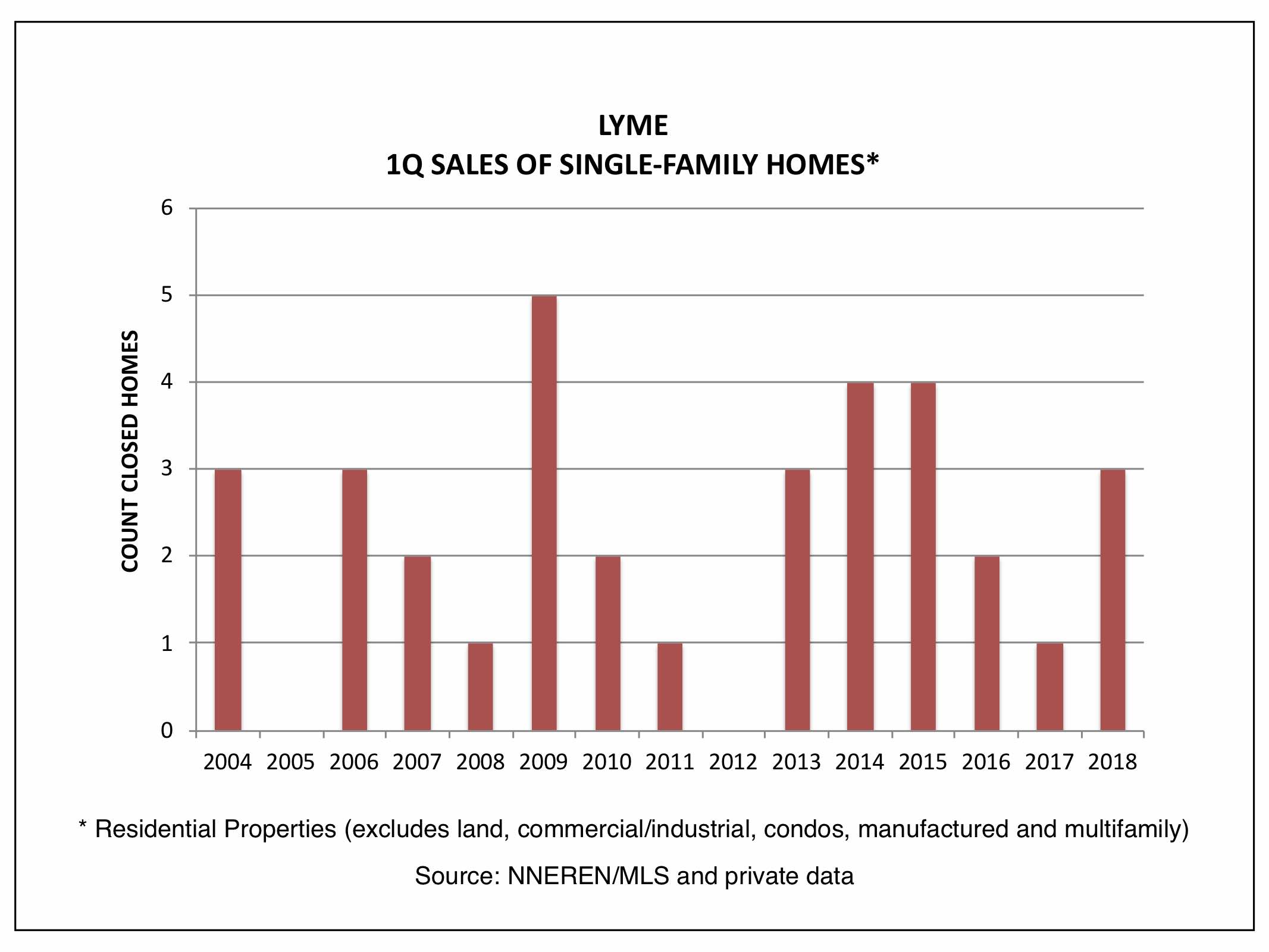 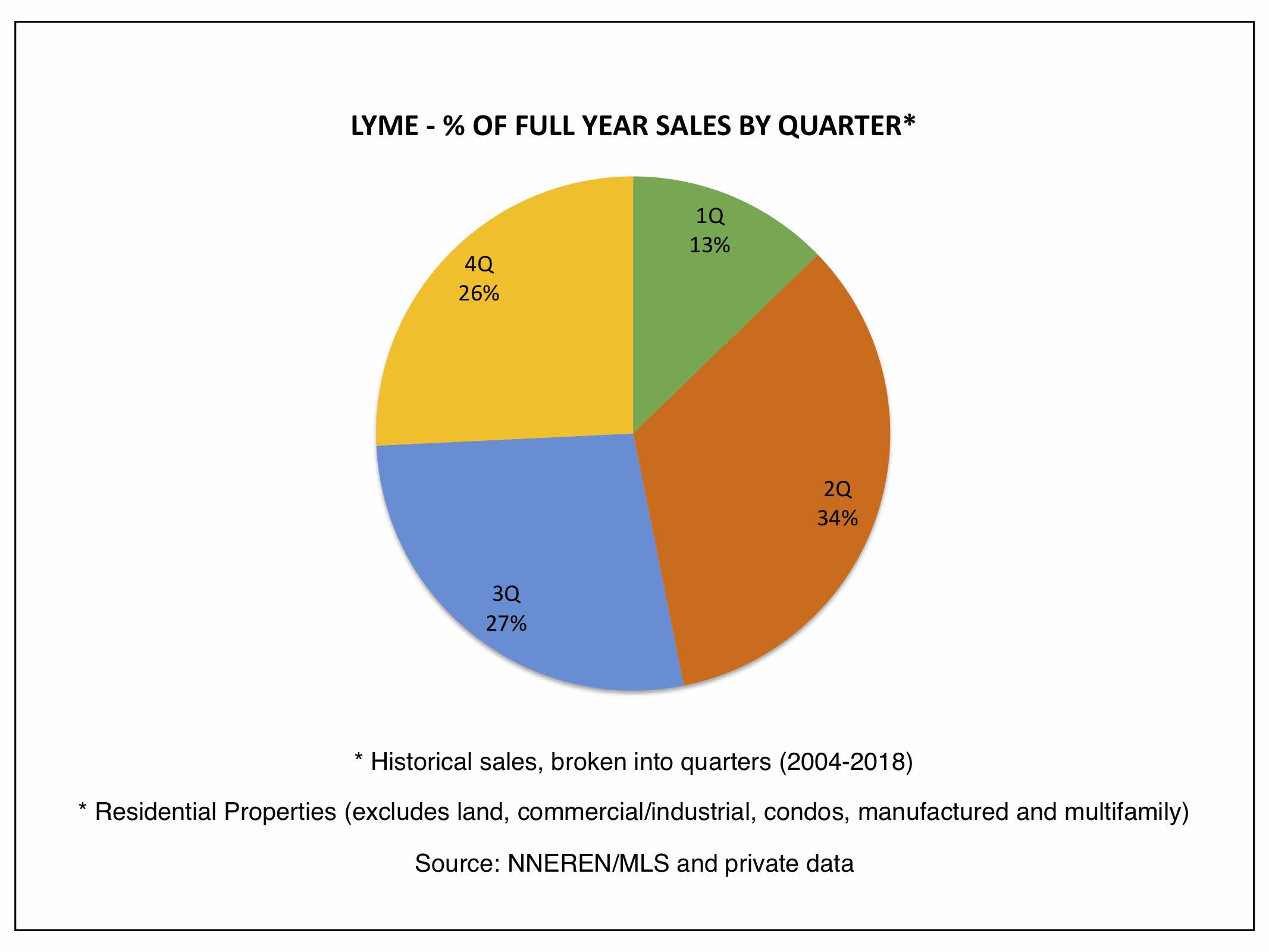