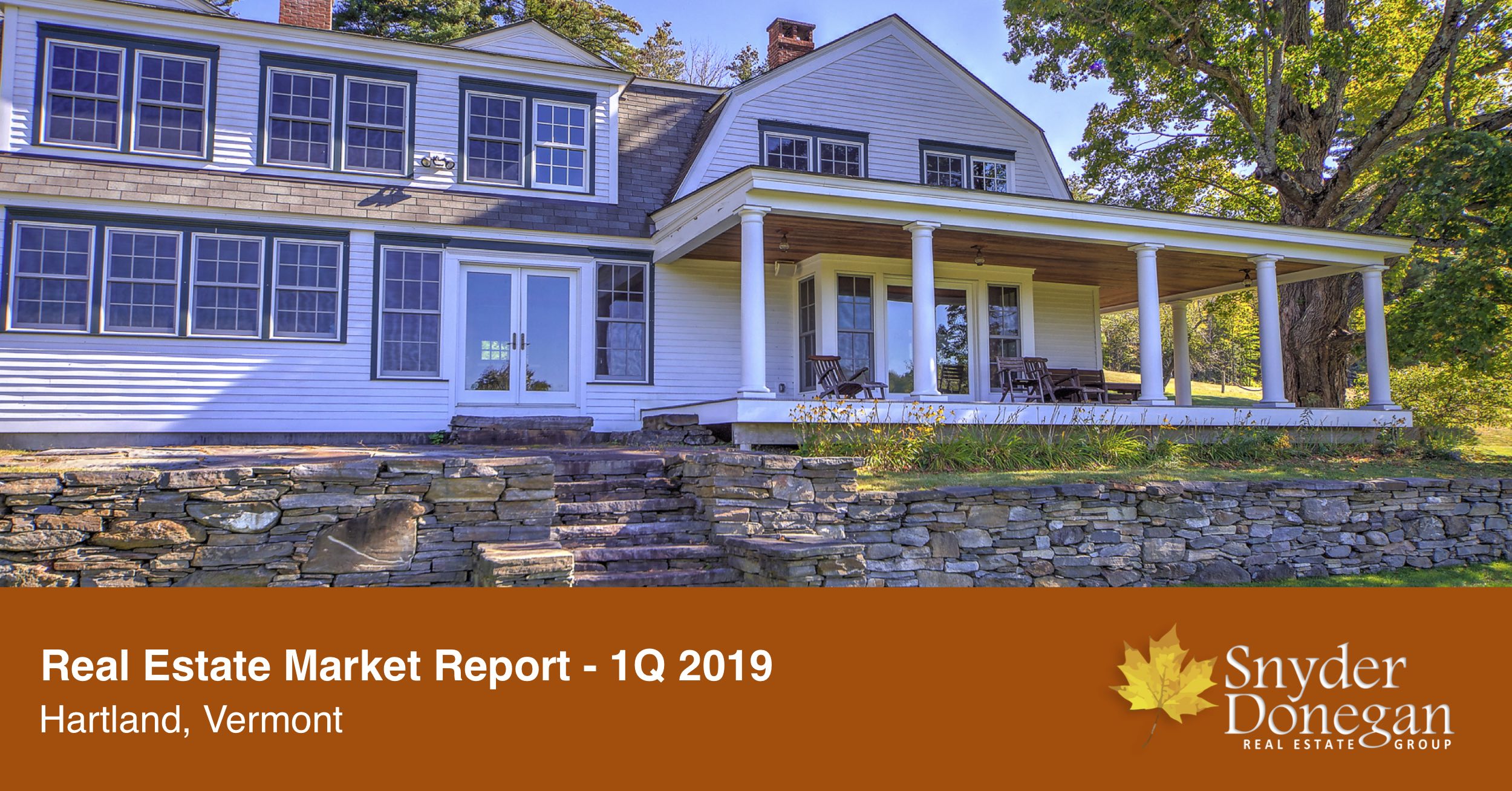 The Hartland, Vermont real estate market saw six (6) sales of single-family homes in the first quarter of 2019, up from three (3) sales during the same period in 2018.  As of April 1, there were an additional five (5) properties active under contract and set to close in the coming months – most likely in the second quarter.

Inventory of homes in Hartland has been declining since 2016 and is nearly at its lowest point on record.  On April 1 of this year there were just twenty (20) houses actively listed for sale, down 31% from 2018, with twenty-nine (29) properties.

Charts illustrating the above information can be found below, followed by a complete list of all six (6) properties that sold in Hartland in the first quarter of 2019. 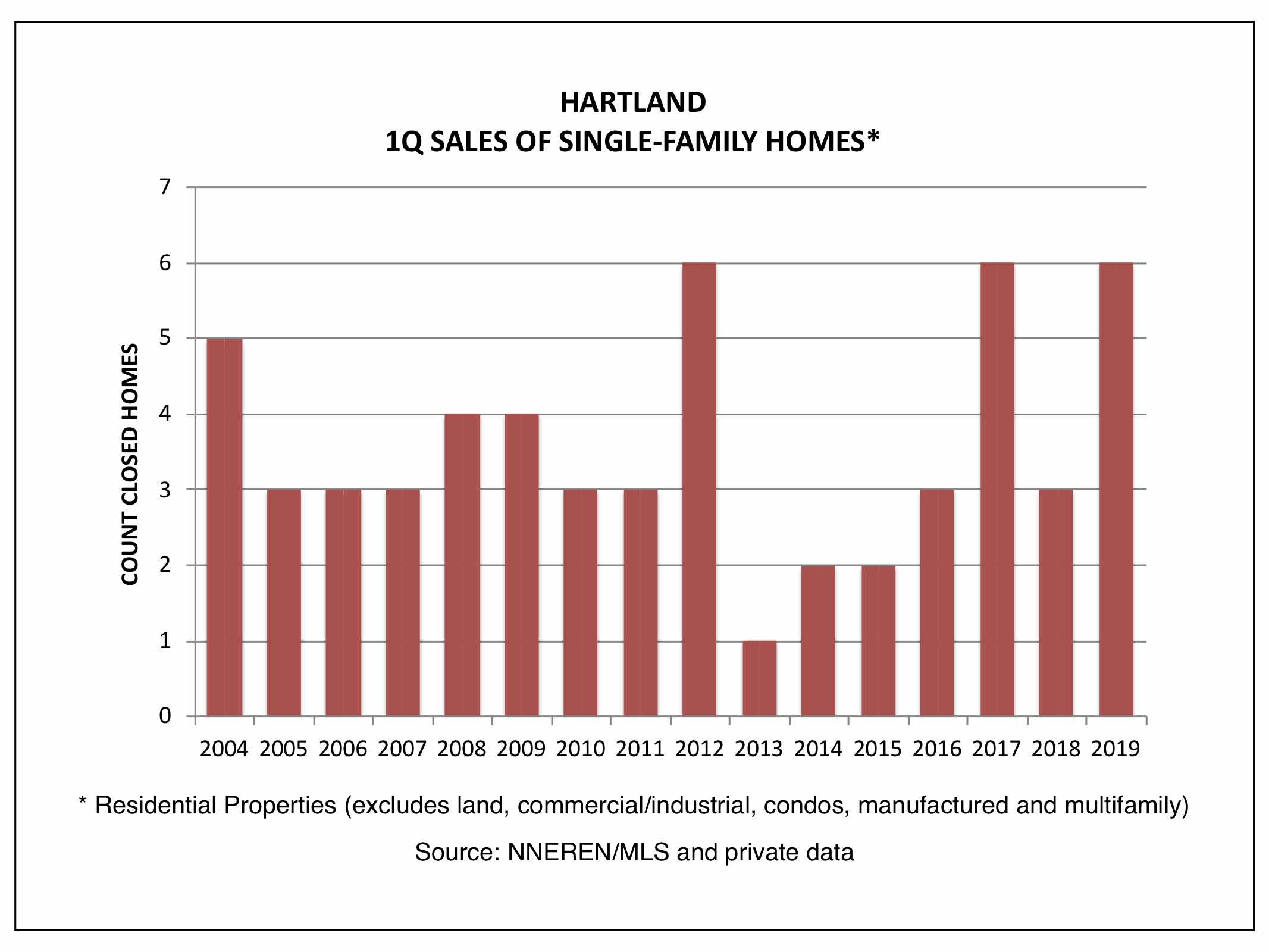 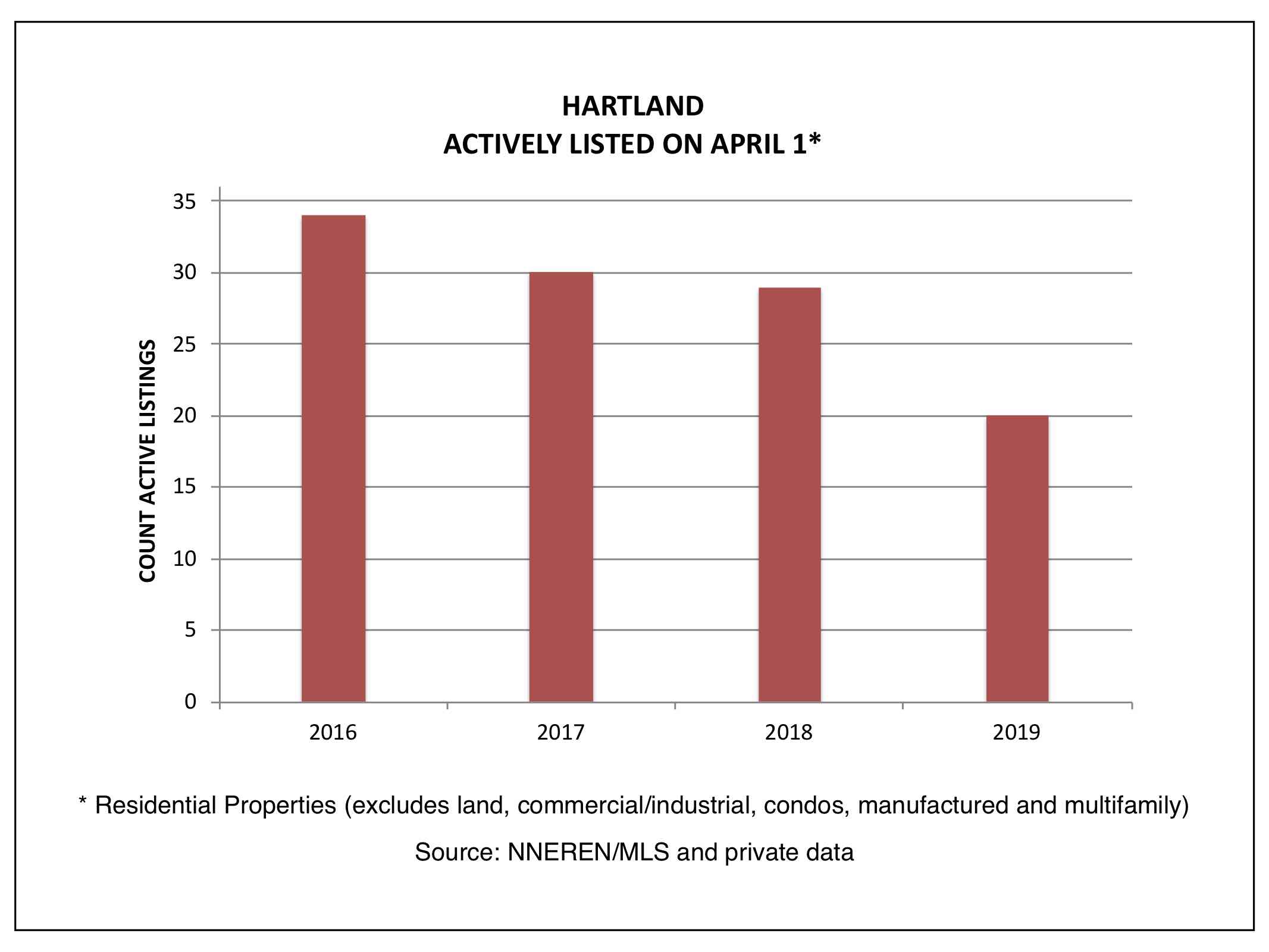 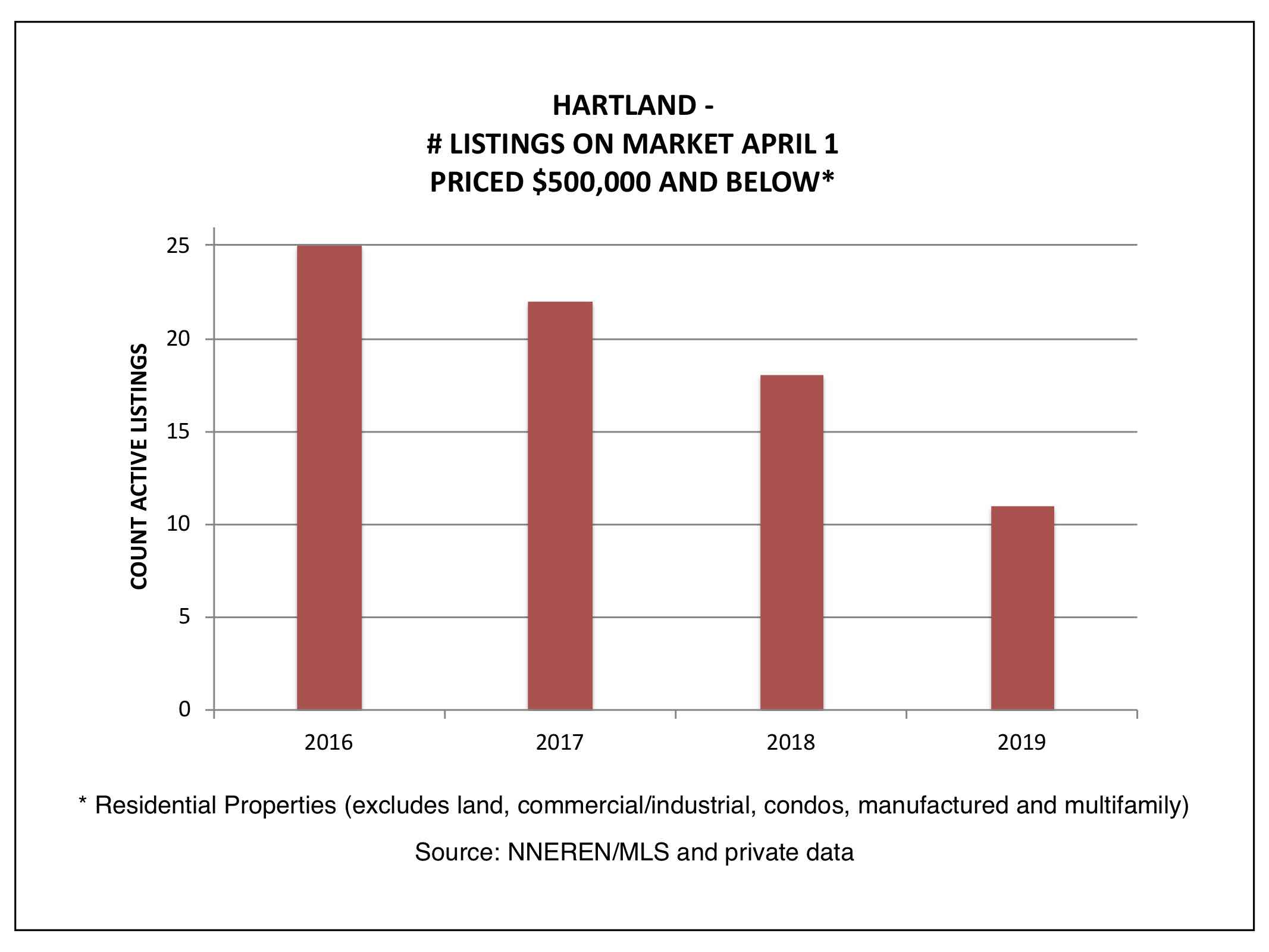 A list of all 6 properties that sold/closed in Hartland in 1Q 2019 is below.