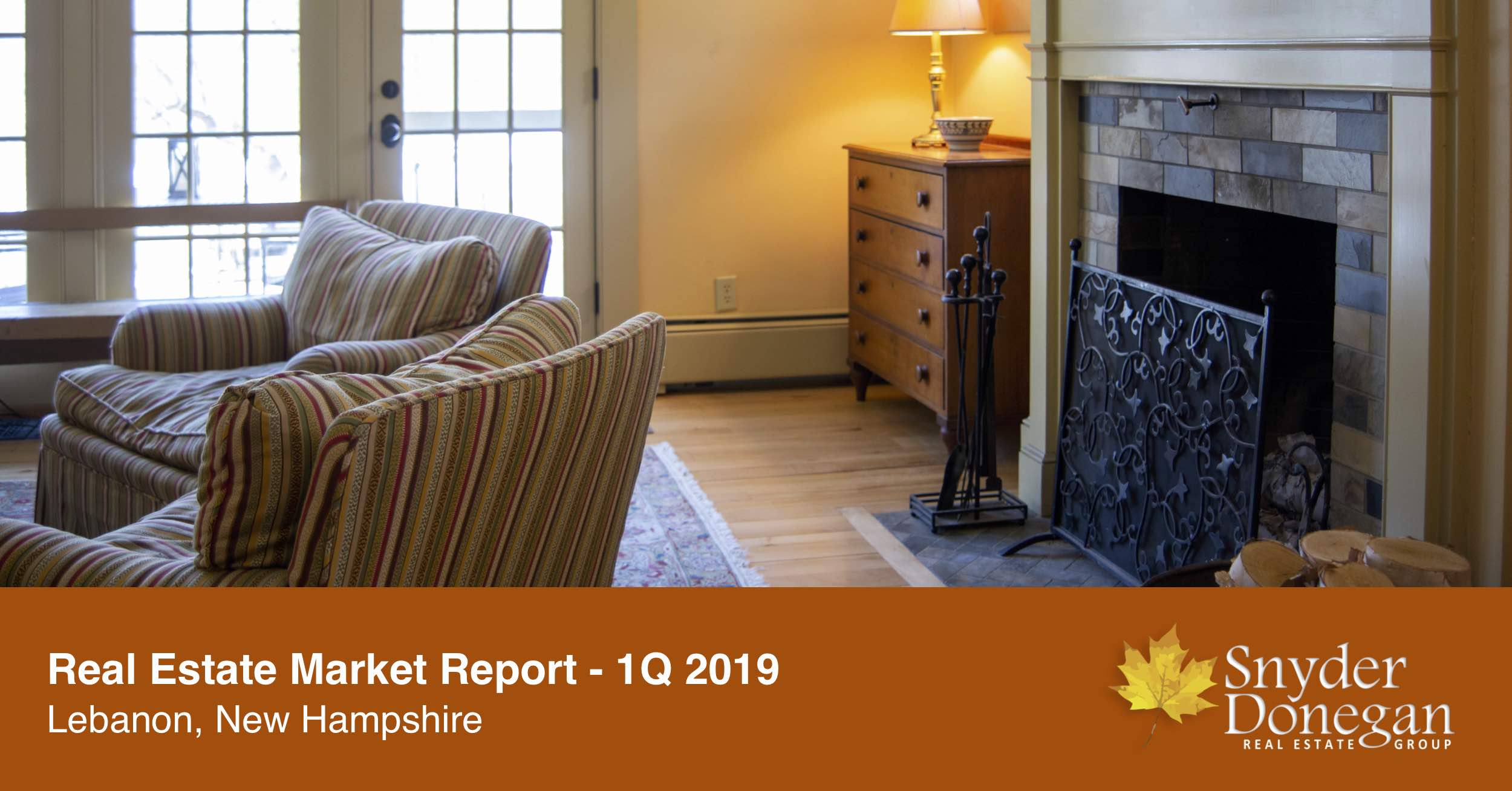 In terms of sales, the Lebanon, New Hampshire real estate market had a sluggish start to 2019 after the rapid pace in 2018.  Specifically, the market saw twelve (12) sales of single-family homes during the first quarter, down 40% compared to 2018, which saw twenty (20) sales.  While significant, we believe this decrease is due to a lack of inventory, especially for the most affordable properties – those listed for under $300,00 – rather than any decrease in buyer demand.  To emphasize this point, on April 1 of last year there were eighteen (18) properties actively listed for under $300,000, but on the same date this year there were just nine (9) properties listed for sale.

One clear indication that buyer demand in the market is still strong is the continued tightening of the average negotiating discount – the % difference between a home’s list price and sale price.  The average negotiating discount reached its lowest point on record at the end of 2018, where, on average, properties were discounted 2.25% from their asking price.  To put it differently, for five (5) of the twelve (12) properties that closed during the first quarter of this year, buyers paid either at or above seller’s asking prices.

Buying activity in the first quarter is almost always the slowest period of the year due to snow covering the ground and bad weather discouraging many from wanting to take on the elements and shop for houses.  Examining data from 2004 through 2018 shows that an average of just 14% of sales occurred during the first quarter, 38% in the second quarter, 28 % in the third quarter, and 20% in the fourth quarter.  Keeping up with the trend, as of April 1, there were an additional thirty (30) properties active under contract or pending and set to close in the coming months – most likely in the second quarter.

Charts illustrating the above information can be found below, followed by a complete list of all twelve (12) properties that sold in Lebanon in 1Q 2019. 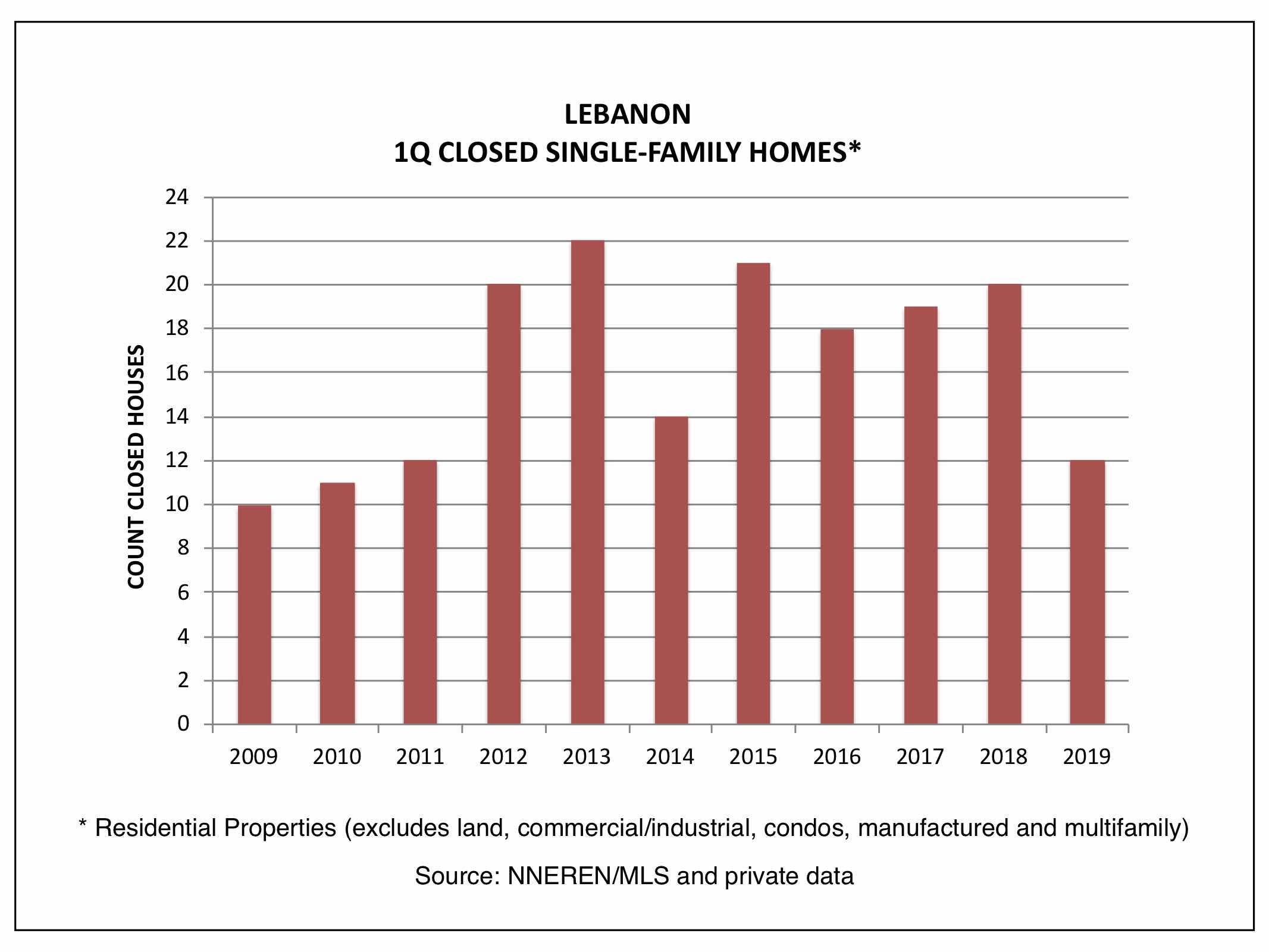 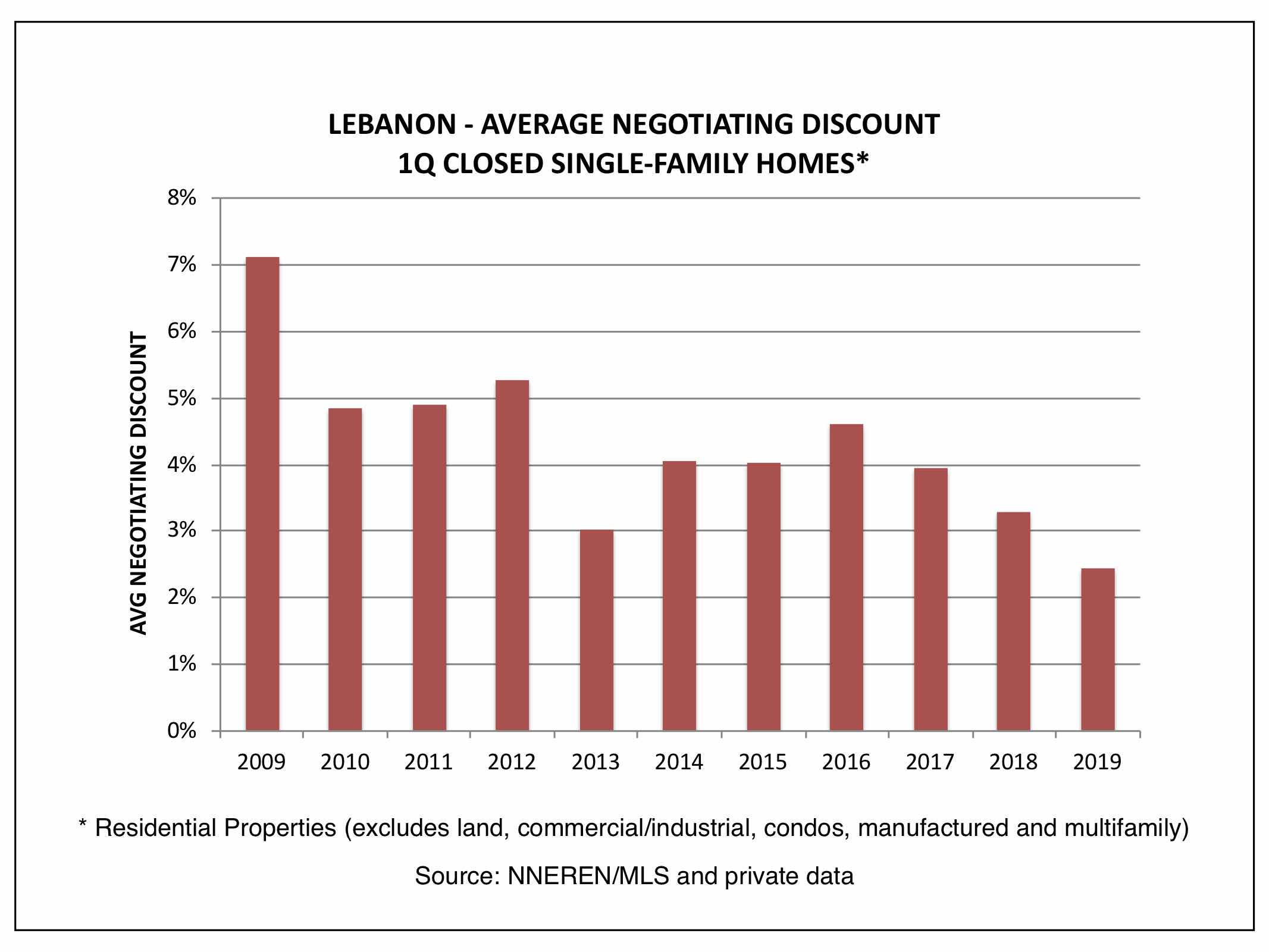 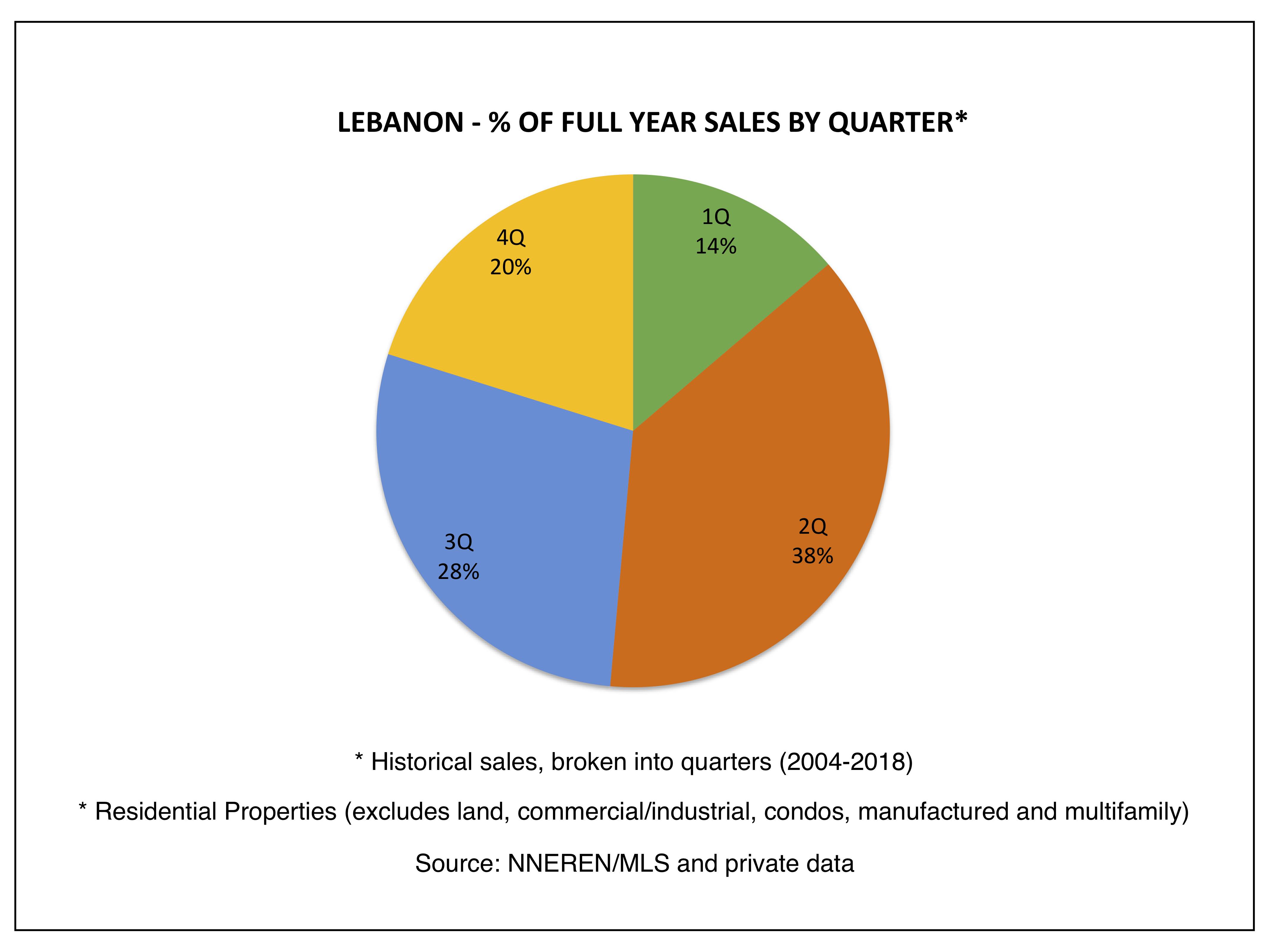