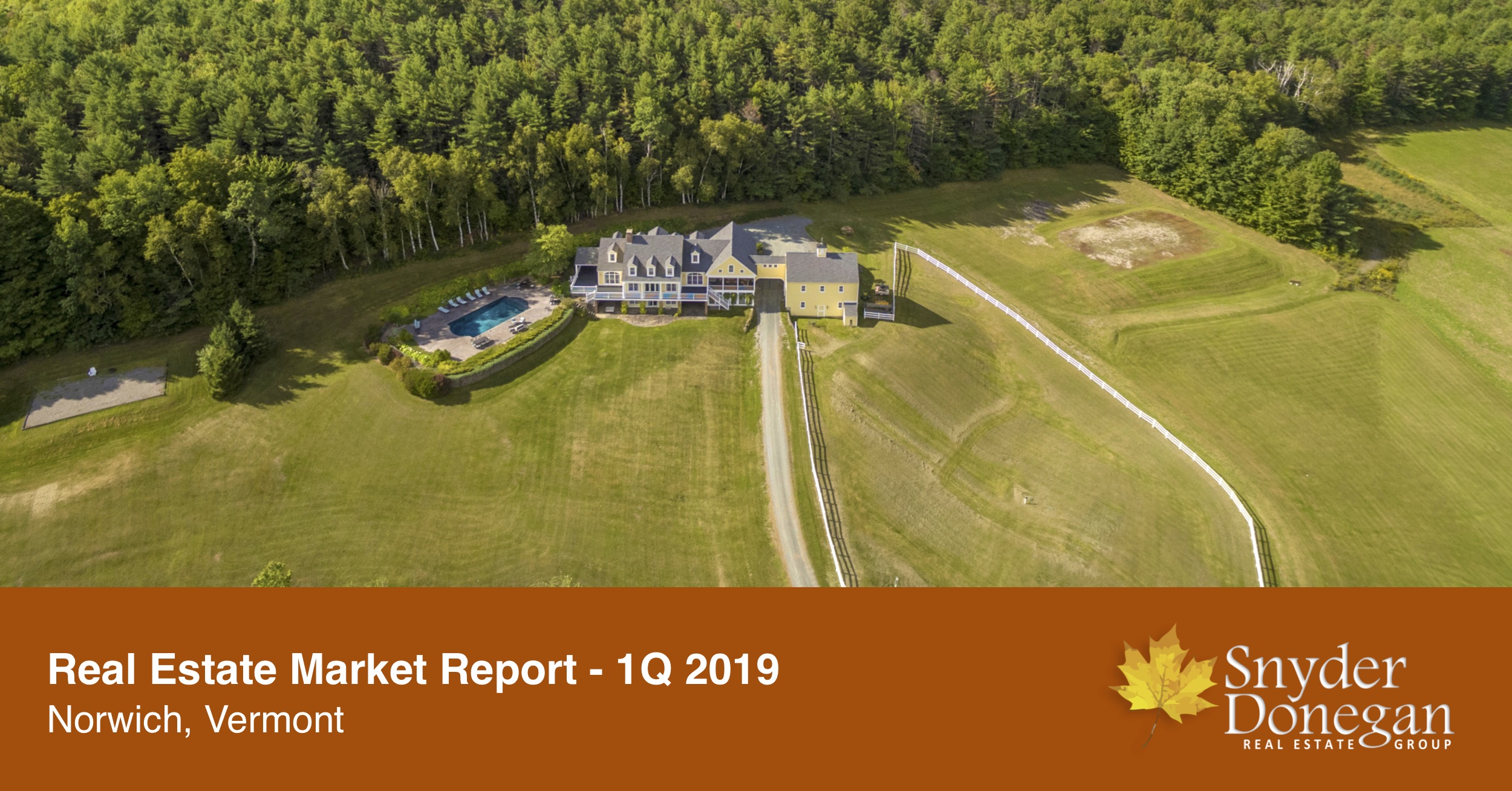 The Norwich, Vermont real estate market saw five (5) sales of single-family homes during the first quarter of 2019, up from four (4) sales during the same period in 2018.  As of April 1, there were six (6) properties active under contract or pending, which will likely close in the coming months – during the second quarter.

When evaluating and making judgements about the number of first quarter transactions, it is important to remember that buying activity is always the slowest during this period, when snow covers the ground and cold weather dissuades many from wanting to go out and look at houses.  From 2004-2018, on average, just 12% of sales occurred during the first quarter, with 35% taking place in the second quarter, 35% in the third quarter, and 18% in the fourth quarter.

Although small in number, first quarter sales in Norwich have historically been a very good predictor of the number of transactions to come during the remainder of the year.  In fact, looking at data from 2004-2018 shows that the correlation between first quarter and full year sales is very strong, at about 87%.  In last year’s edition of the first quarter market report for Norwich we used this relationship to predict that full year sales for 2018 would be quite similar to 2017, but perhaps slightly lower (Click here to read our 2018 report).  We were ultimately not far off, as 2018 saw forty-six (46) sales compared to forty-two (42) sales in 2017.  We would make a similar prediction this year using the correlation if it weren’t for recent developments in inventory, which has continued to decline.

At the end of 2018 the supply of single-family homes was at its lowest point since 2015, and the trend has continued on into 2019.  There were just fourteen (14) homes actively listed on the market on April 1, compared to twenty-four (24) listed on the same date last year.  While buyer demand is very strong, there will need to be a significant amount of new inventory coming on the market this spring for there to be a similar number of sales to last year.

Charts illustrating the above information can be found below, followed by a complete list of all five (5) properties that sold in Norwich in 1Q 2019. 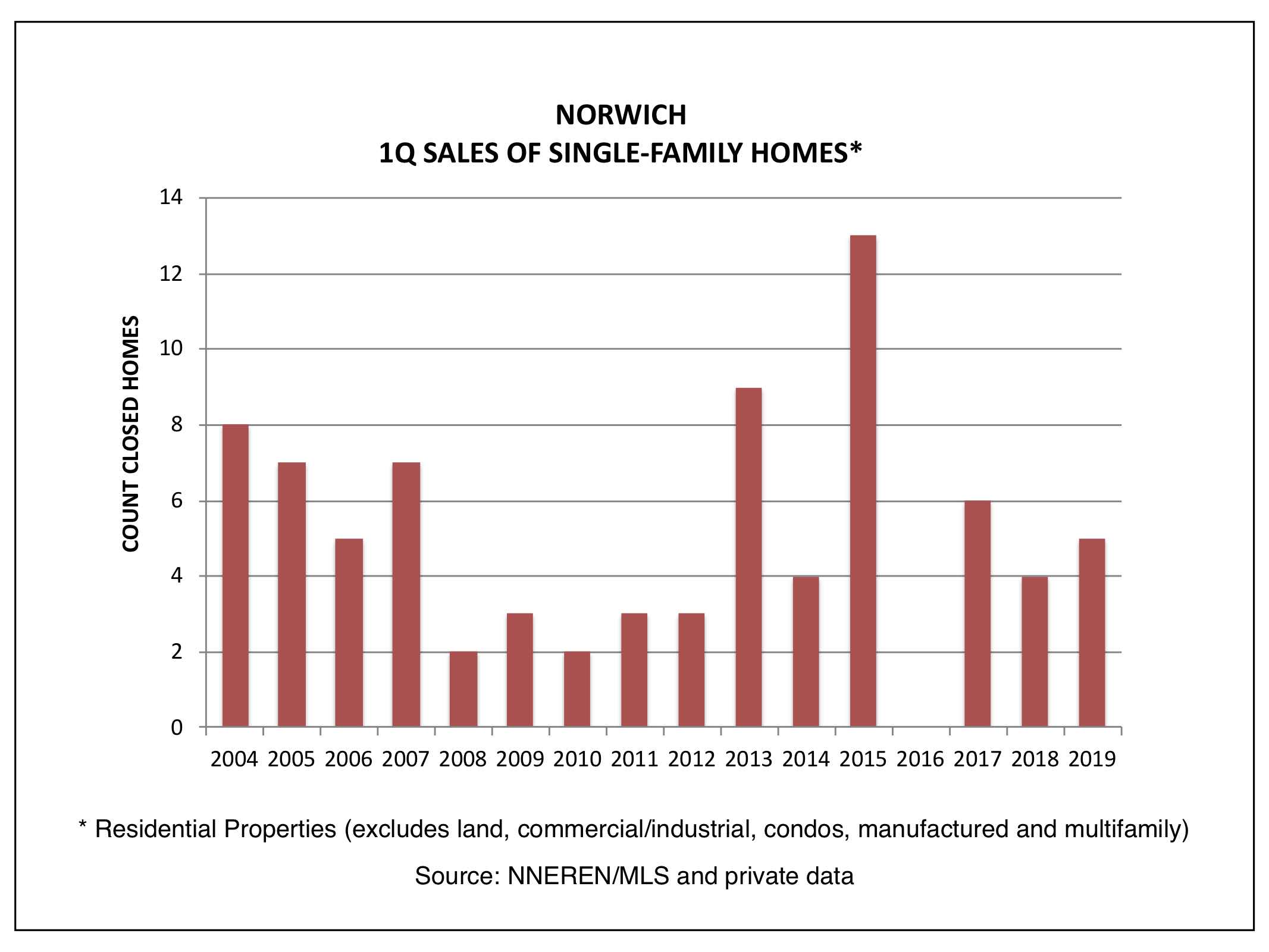 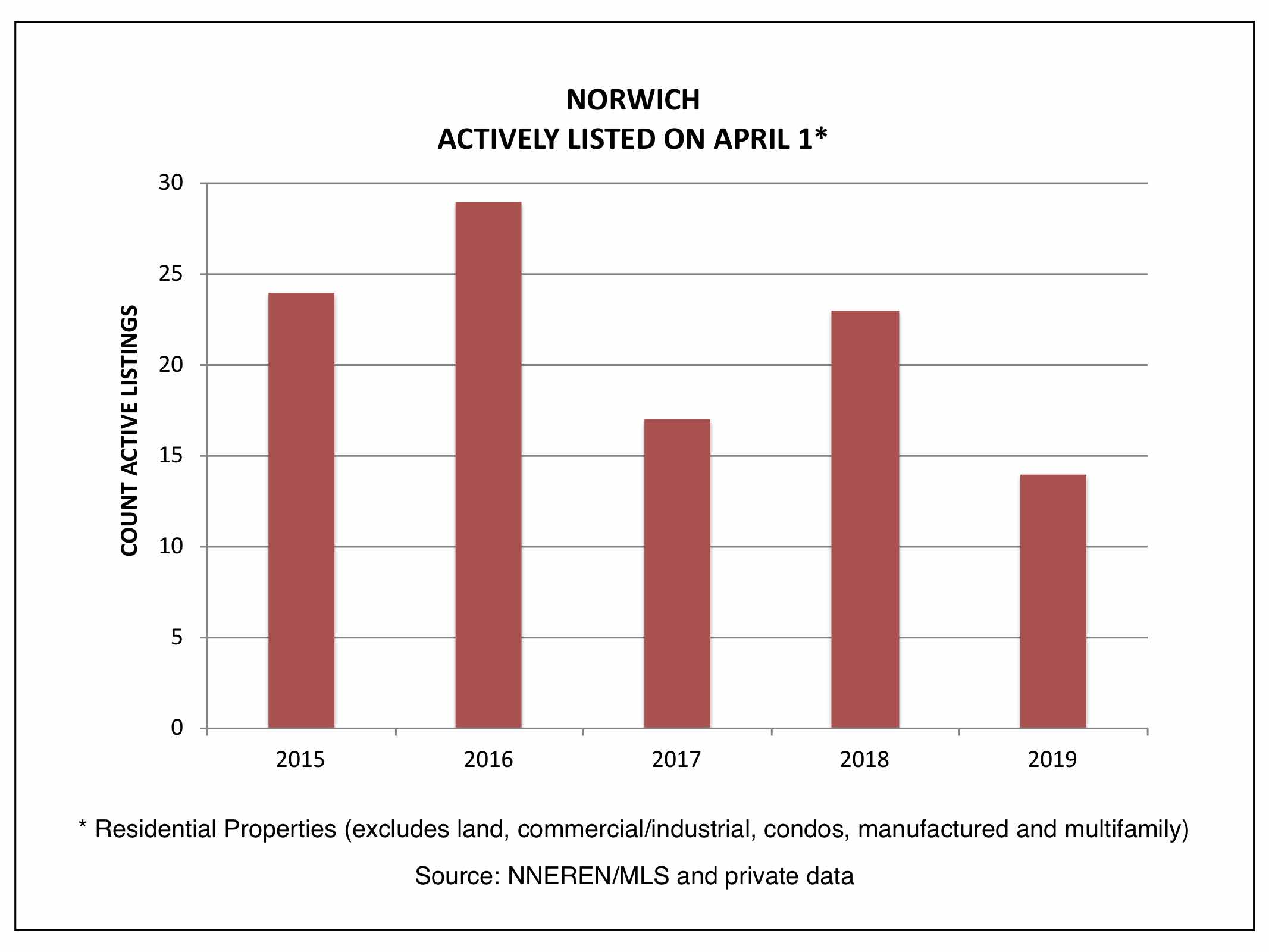 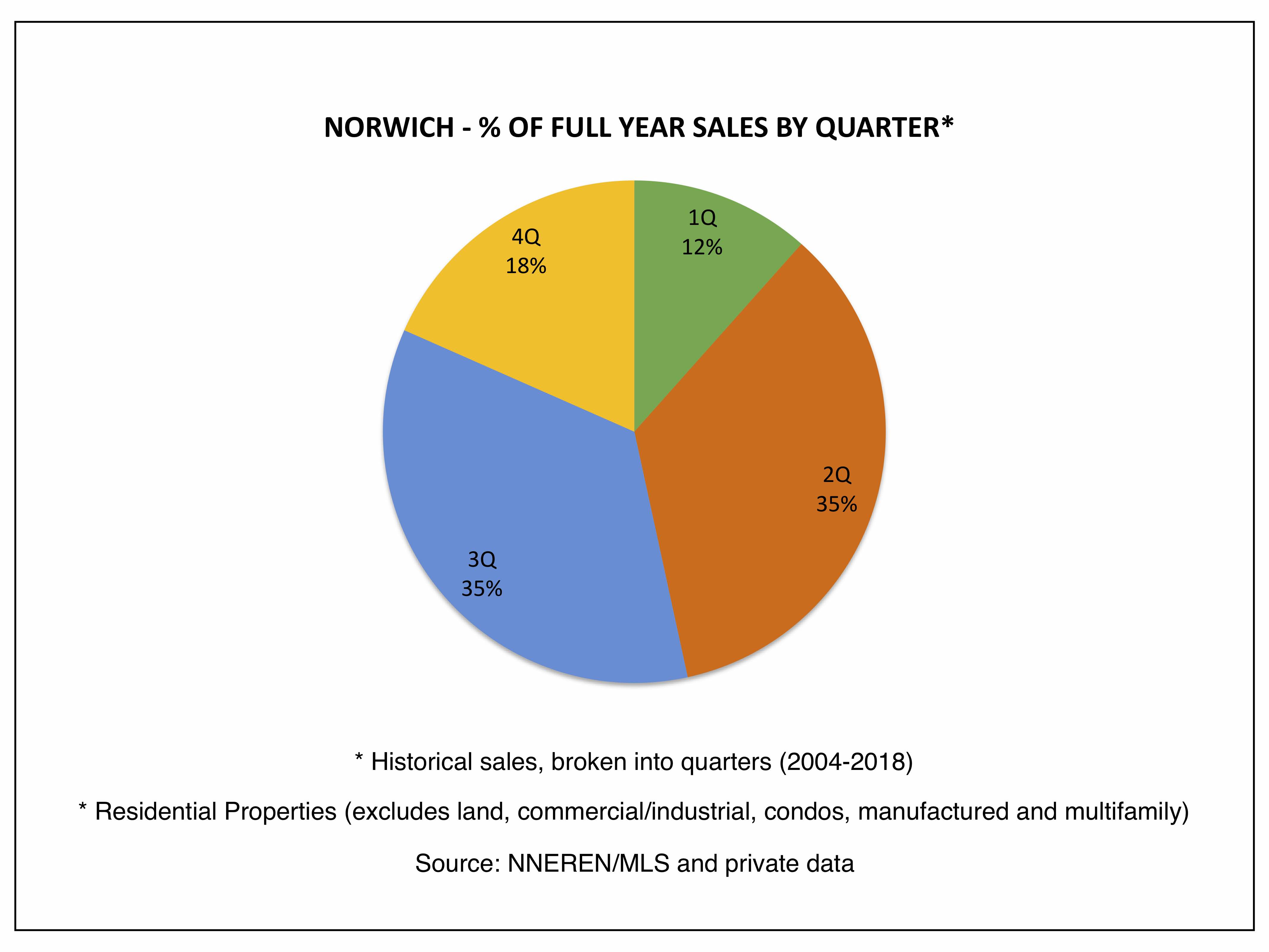 A list of all five properties that sold/closed in Norwich in 1Q 2019 is below.