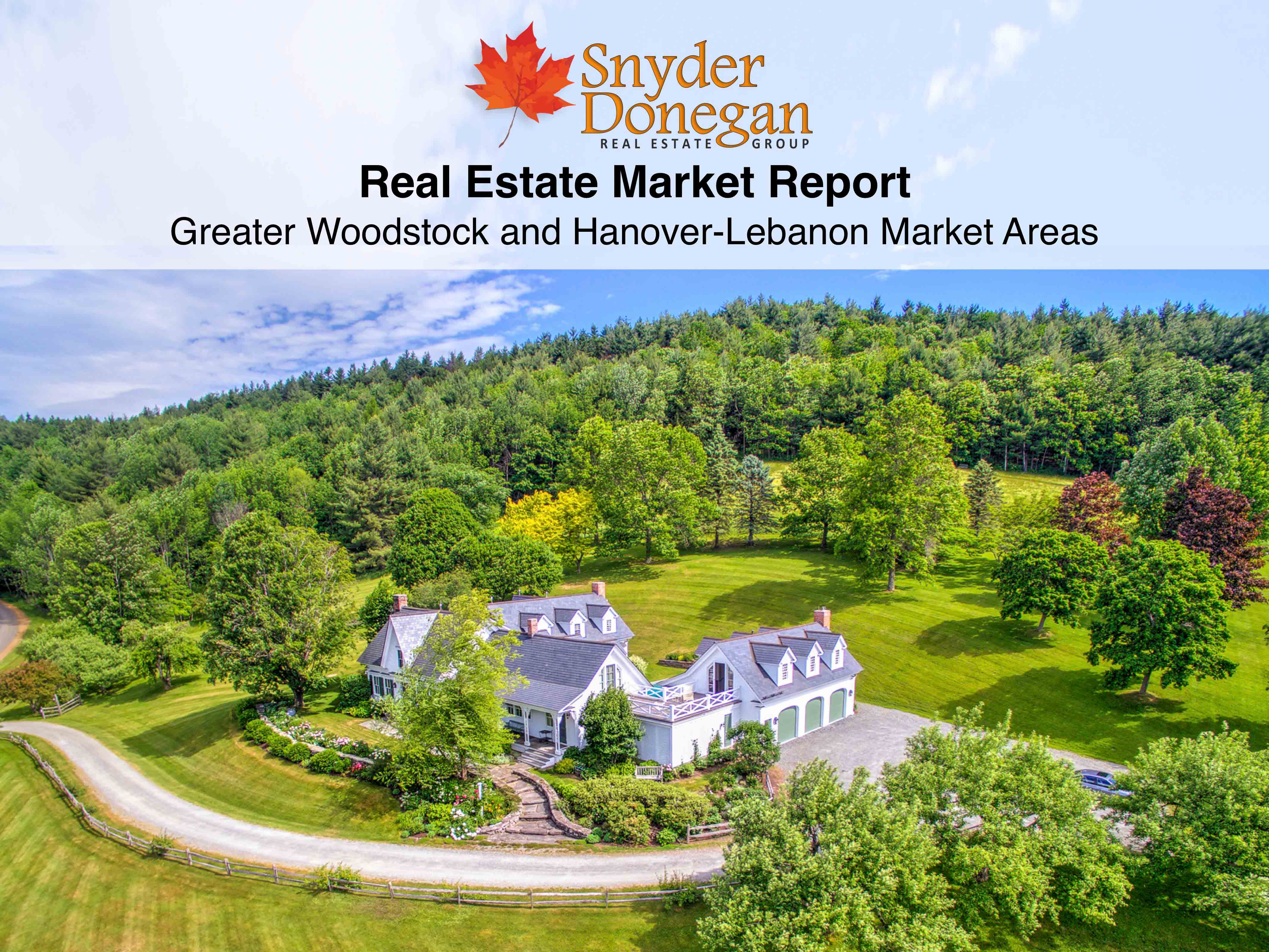 The residential real estate market for the Greater Woodstock Vermont market area remains solid in 2018 – the best year-to-date in a decade other than the red-hot market of 2017, when sales nearly doubled over the prior years.  Specifically, 161 homes sold in the area during the first three quarters of 2018 versus 187 during the same period of 2017.  In terms of supply, the town of Woodstock has seen a slow but continuous decline in the number of homes for sale over the past six years and inventory is now at its lowest point since post-recession highs.  As of October 1, there were just 61 houses actively listed for sale in the town of Woodstock, compared to 122 in 2013 – a 50% reduction from the market trough.  As the supply-demand balance in the market becomes more and more in balance, the market for moderately priced homes in Woodstock Village itself has become tight, where prices appear to be rising.  As the inventory in Woodstock continues to tighten, surrounding towns such as Reading, West Windsor and Pomfret appear to be getting a boost in terms of number of sales.  For example, Reading saw 16 sales in the first three quarters of 2018, nearly twice the number of sales than any other year on record.  The luxury market in the Greater Woodstock market area continues to be solid, with 7 sales of homes over $1 million sold/closed year-to-date and 3 more under agreement as of this writing.

Buying activity for the Greater Hanover-Lebanon market area continued to be strong in the first three quarters of 2018, essentially matching the pace of 2017.  Specifically, the market saw 280 sales of homes in the first three quarters of the year, compared with 281 in 2017.  The number of homes sold in Hanover itself was up 10% with 67 homes sold/closed compared to the same period in 2017, which saw 61.  The average price for homes actively listed in Hanover on October 1 was just over $1 million, a reflection of how limited the inventory is for homes priced below $1 million, and the substantial number of homes priced over $1 million that remain on the market.  In regard to luxury properties, the Greater Hanover-Lebanon market area as a whole remains solid, with 13 sales of homes that sold/closed for $1 million or more, up just slightly from the same period in 2017, which saw 10.  The town of Norwich itself has had a great year in terms of sales of luxury properties, with 5 sales thus far in 2018, compared to just 1 sale during the same period in 2017 and in 2016. 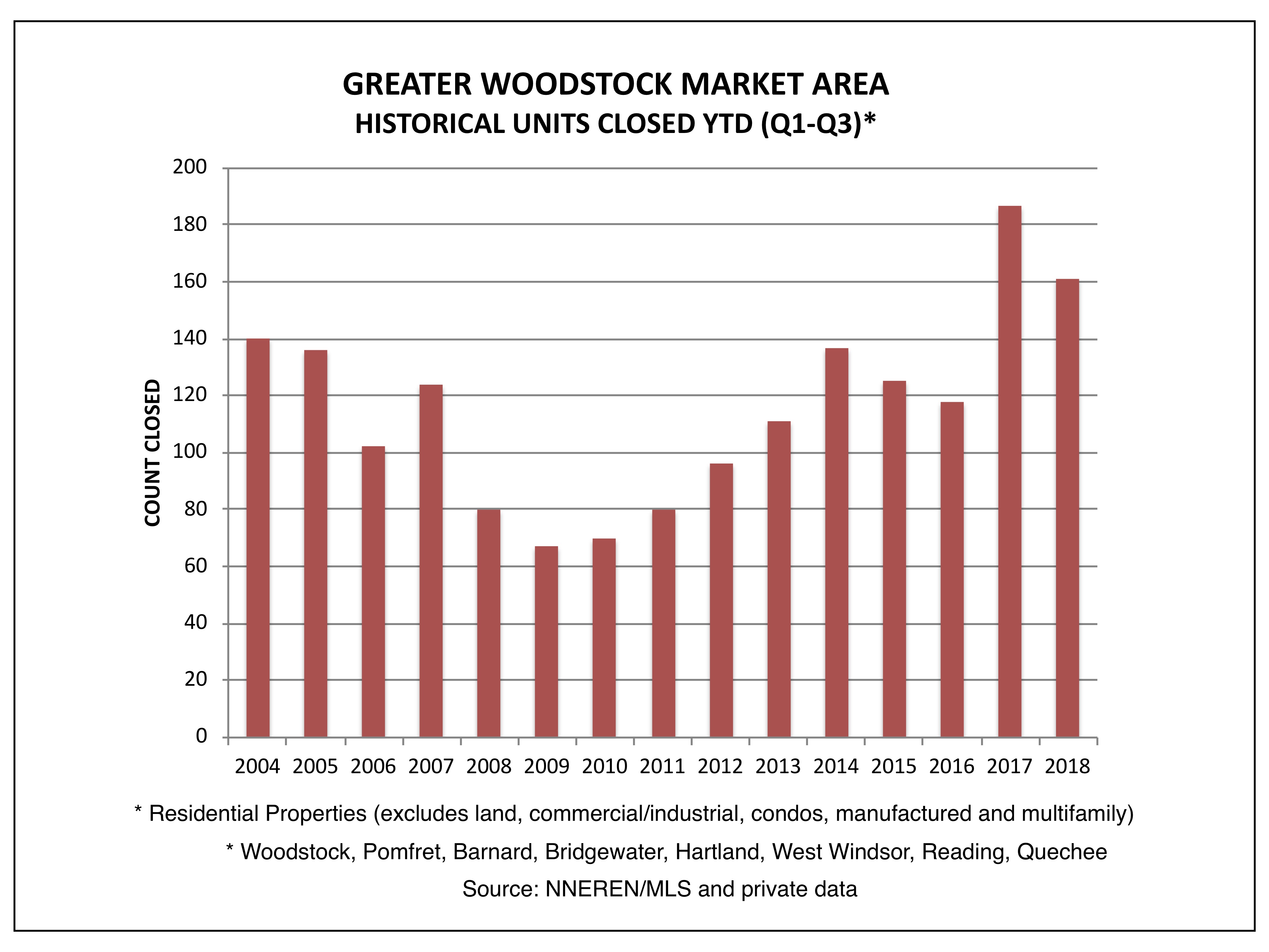 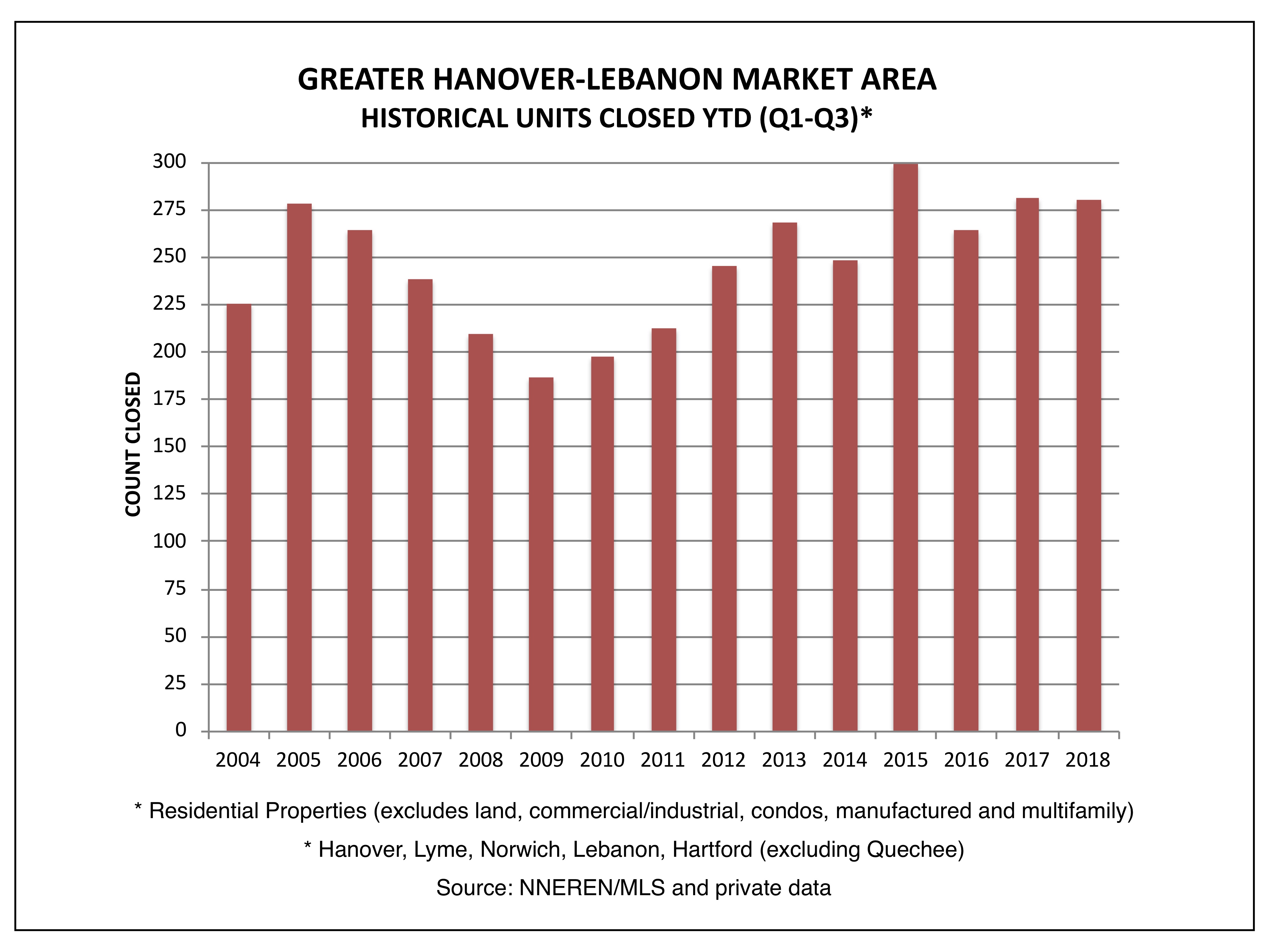 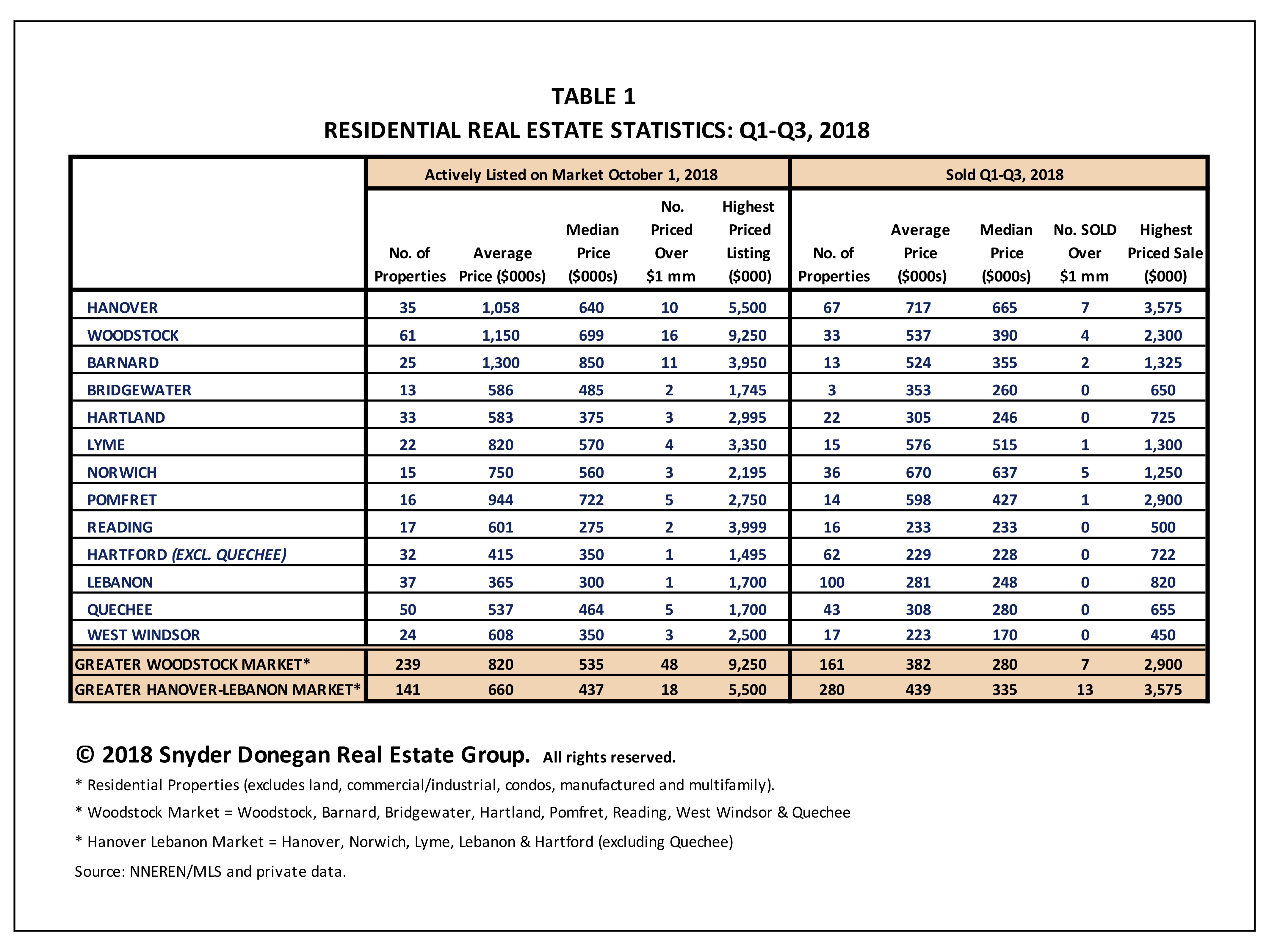 Click on any of the following towns to view market analysis for Q1-Q3 and historical statistics.