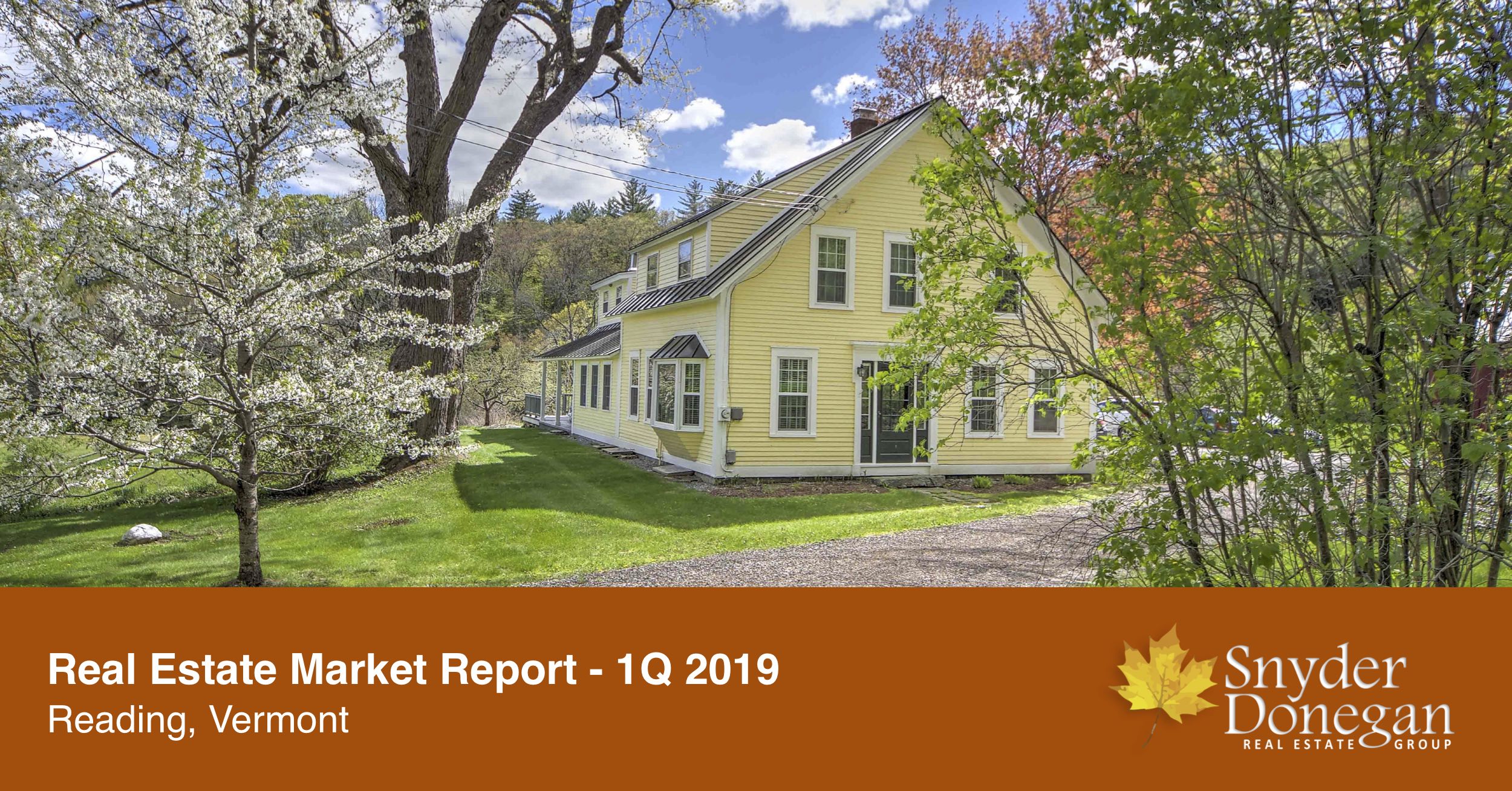 The Reading Vermont real estate market had an exceptional, record-breaking first three quarters of 2018 with sixteen (16) sales of single-family homes, up 128% from 2017, and up 77% from any other year on record.

Equally interesting, inventory in Reading has been steadily declining over the past four years – with just seventeen (17) homes actively listed for sale on October 1 this year, down 45% from the highest point in 2015.

The most likely explanation for the increased number of sales in Reading this year, and the subsequent decline of inventory, is found by examining what is going on in the town of Woodstock. Woodstock is the central hub of the area, with dramatically more annual sales (and more inventory) than any of the six towns that touch it. Many buyers, specifically second home owners, begin their search for houses in Woodstock, which has seen a major decline in inventory over the past several years and is now at its lowest point since post-recession highs (down 50%). This creates less options for buyers and the very likely possibility of increased prices for homes that tend to sell the most – those under $500,000. As a result, we believe this is causing buyers to look outwards, and explore, consider, and buy in neighboring towns they may not have paid attention to otherwise. In addition to Reading, there has been a similar trend of increased sales and declined inventory observed this year in West Windsor, Pomfret, Barnard, and Hartland.

The following chart shows historical sales from Q1-Q3 in Reading from 2004 through 2018. The second chart shows the number of homes that were actively listed on October 1, from 2013 through this year. 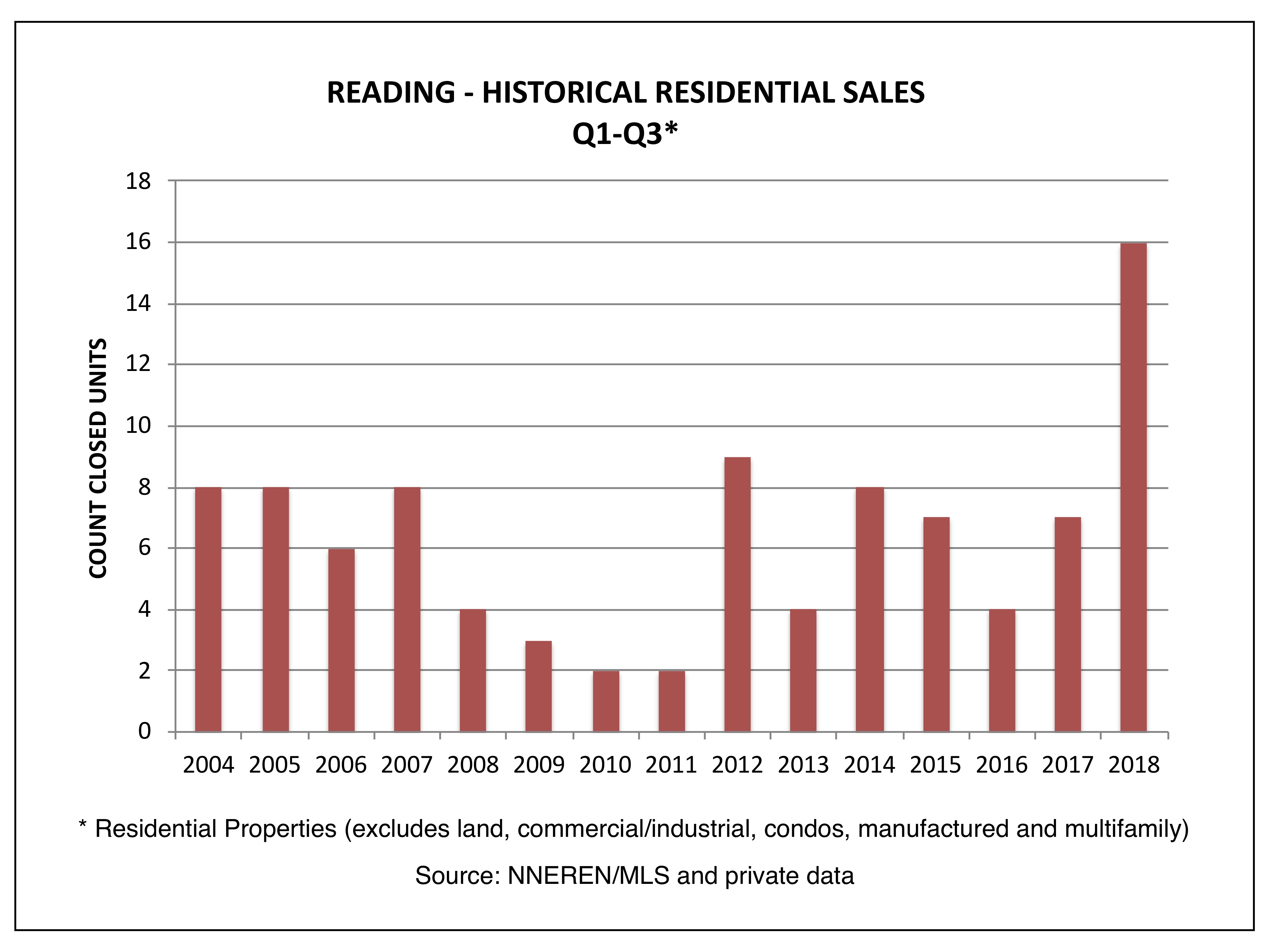 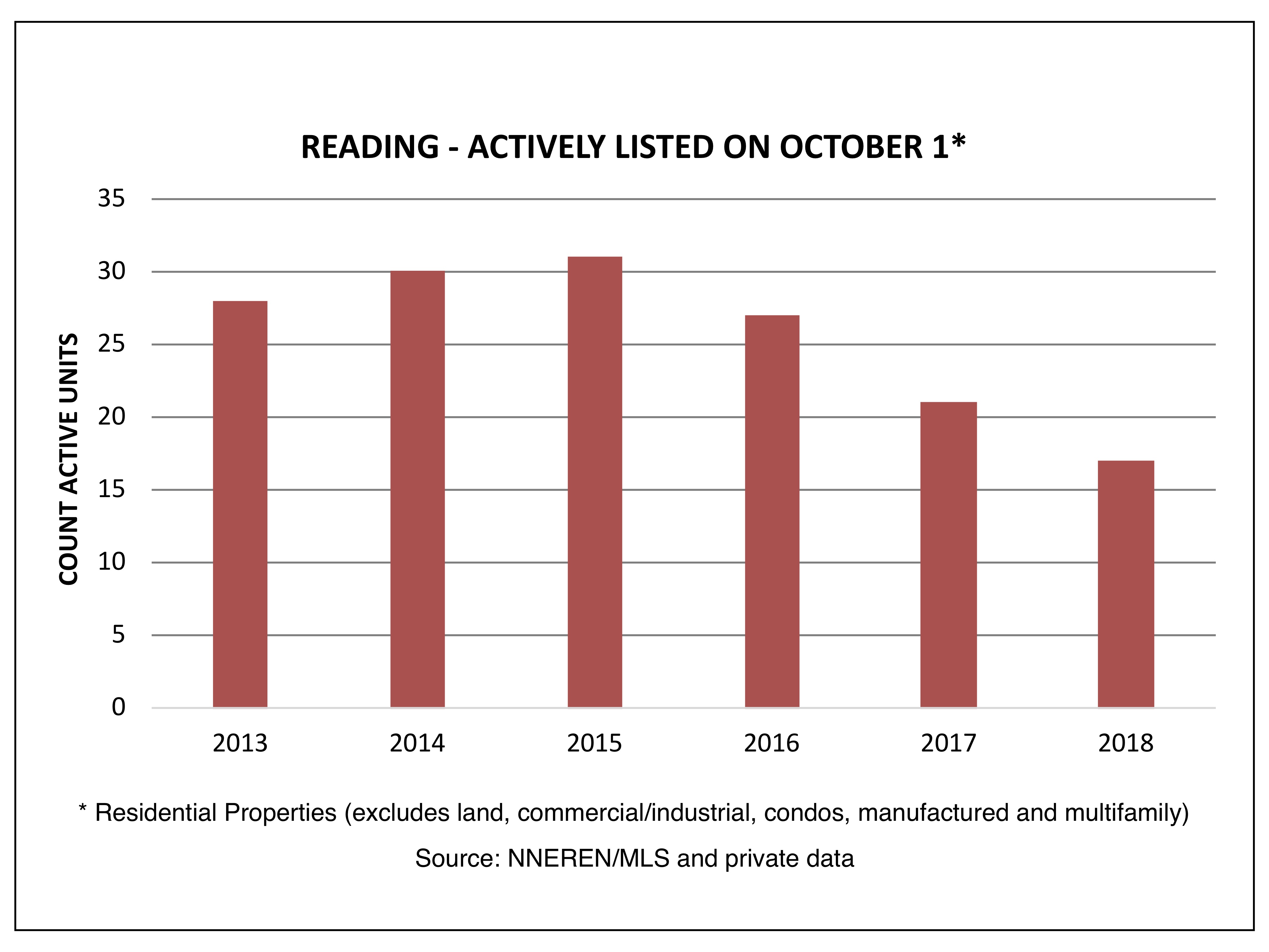 A list of all 16 properties that sold/closed in Reading YTD 2018 is below.