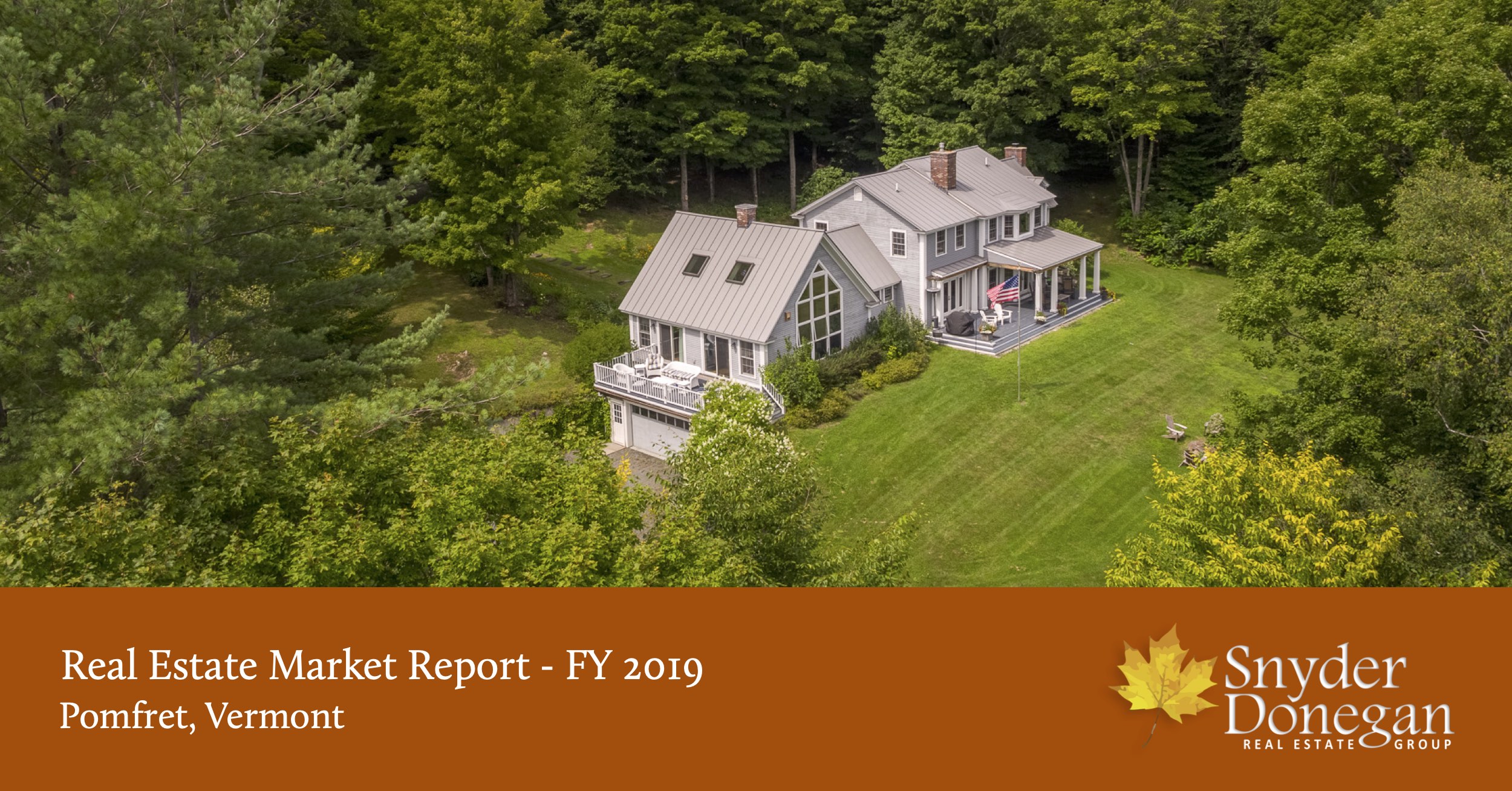 The Pomfret, Vermont real estate market saw fourteen (14) sales of single-family homes in 2019, down slightly from seventeen (17) in 2018.  Homes that closed in 2019 were on the market for an average of just 5 months before going under contract, down from 9.5 months in 2018.

Supply of single-family homes in Pomfret has been declining gradually over the past five years.  However, at the conclusion of 2019 inventory increased slightly compared to the same date in 2018.  Specifically, there were nineteen (19) properties actively listed on December 31, 2019, up from fifteen (15) on the same date in 2018.

In regard to the real estate market in the region as a whole, the Greater Woodstock Market Area, which is comprised of Woodstock and the six towns that touch it (including Pomfret), had one of its best years in well over a decade. In total, there were 242 sales of single-family homes, nearly matching the record-setting 244 sales that transacted in 2017. The town of Woodstock was the leader in the 2019 strength, but several of the area towns – namely Hartland, West Windsor and Bridgewater – also saw more homes sold/closed in 2019 than in 2018. Supply of single-family homes continued to decline for nearly every town in the market, with Pomfret being one of the exceptions.

Charts illustrating the above information can be found below, followed by a complete list of all fourteen (14) properties that closed in Pomfret in 2019. 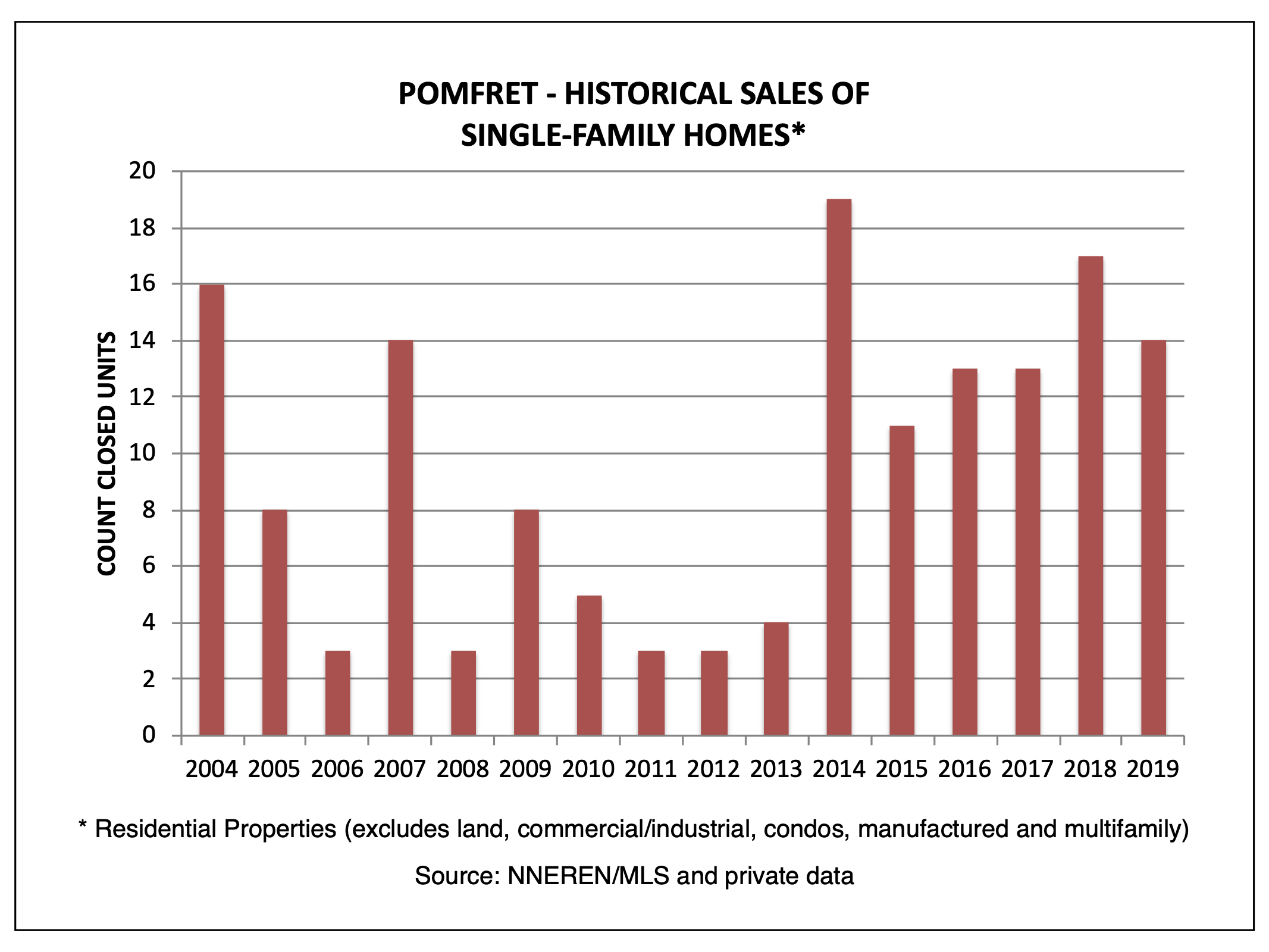 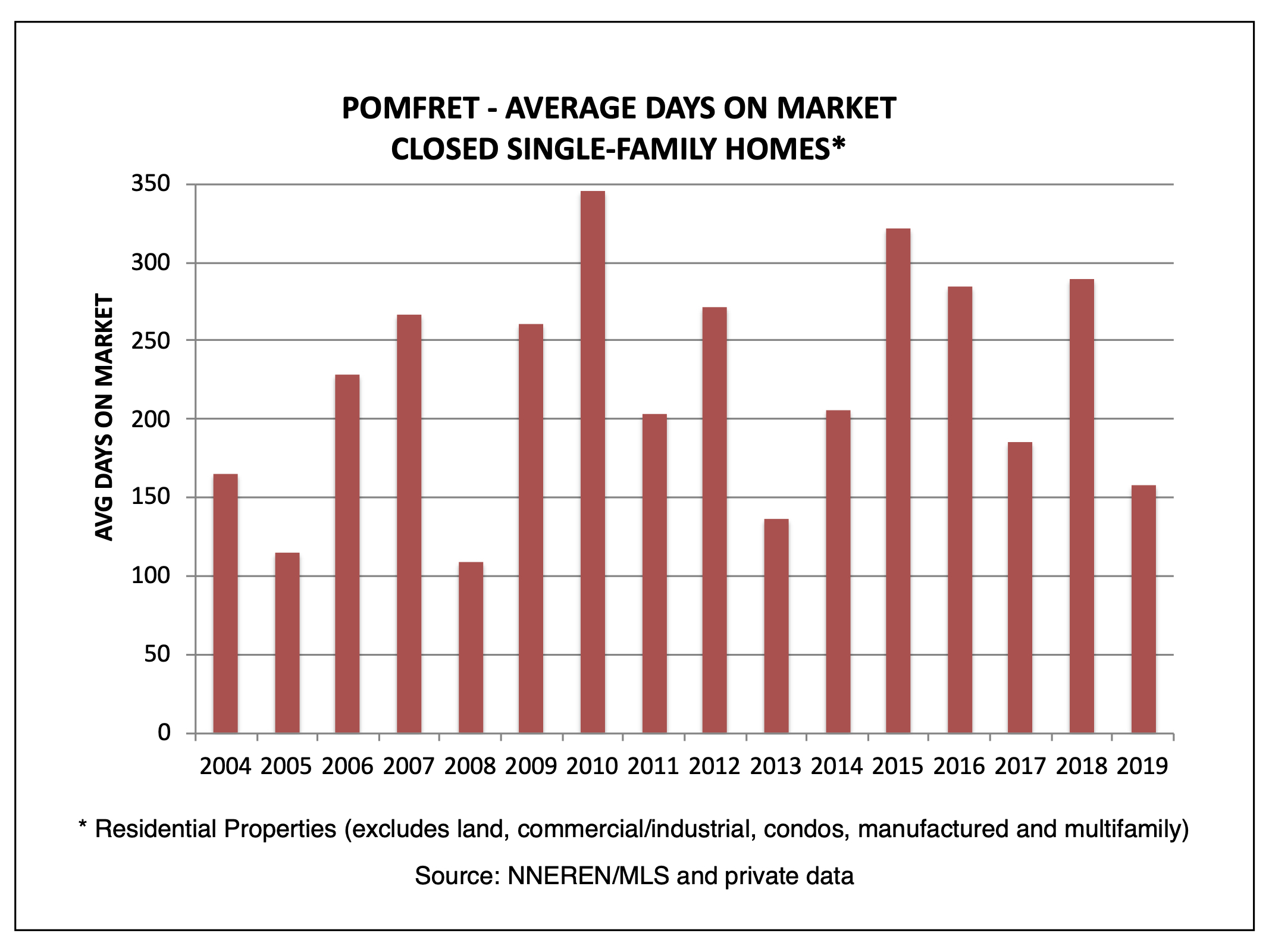 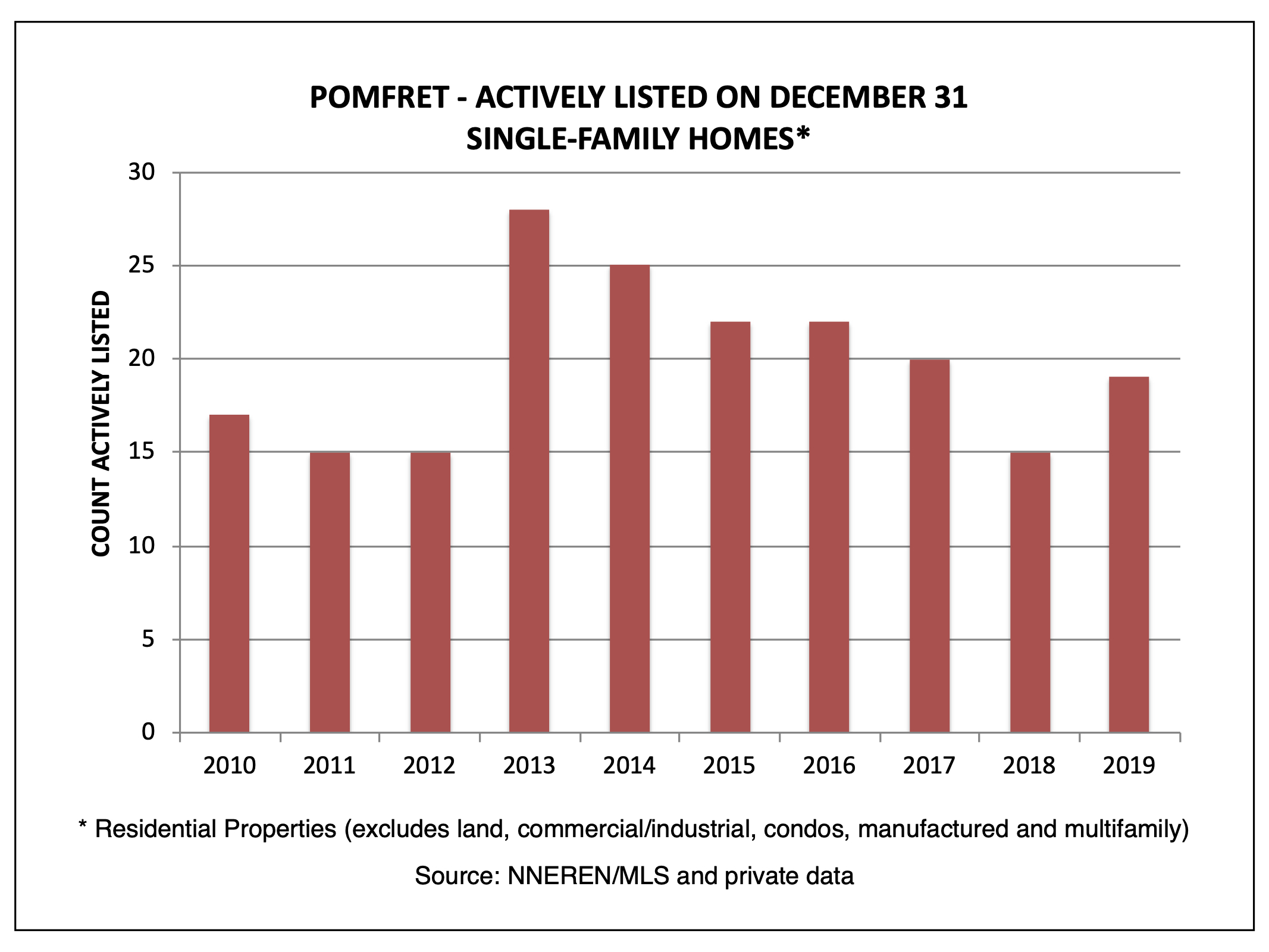 A list of all fourteen (14) properties that sold/closed in Pomfret in 2019 is below.