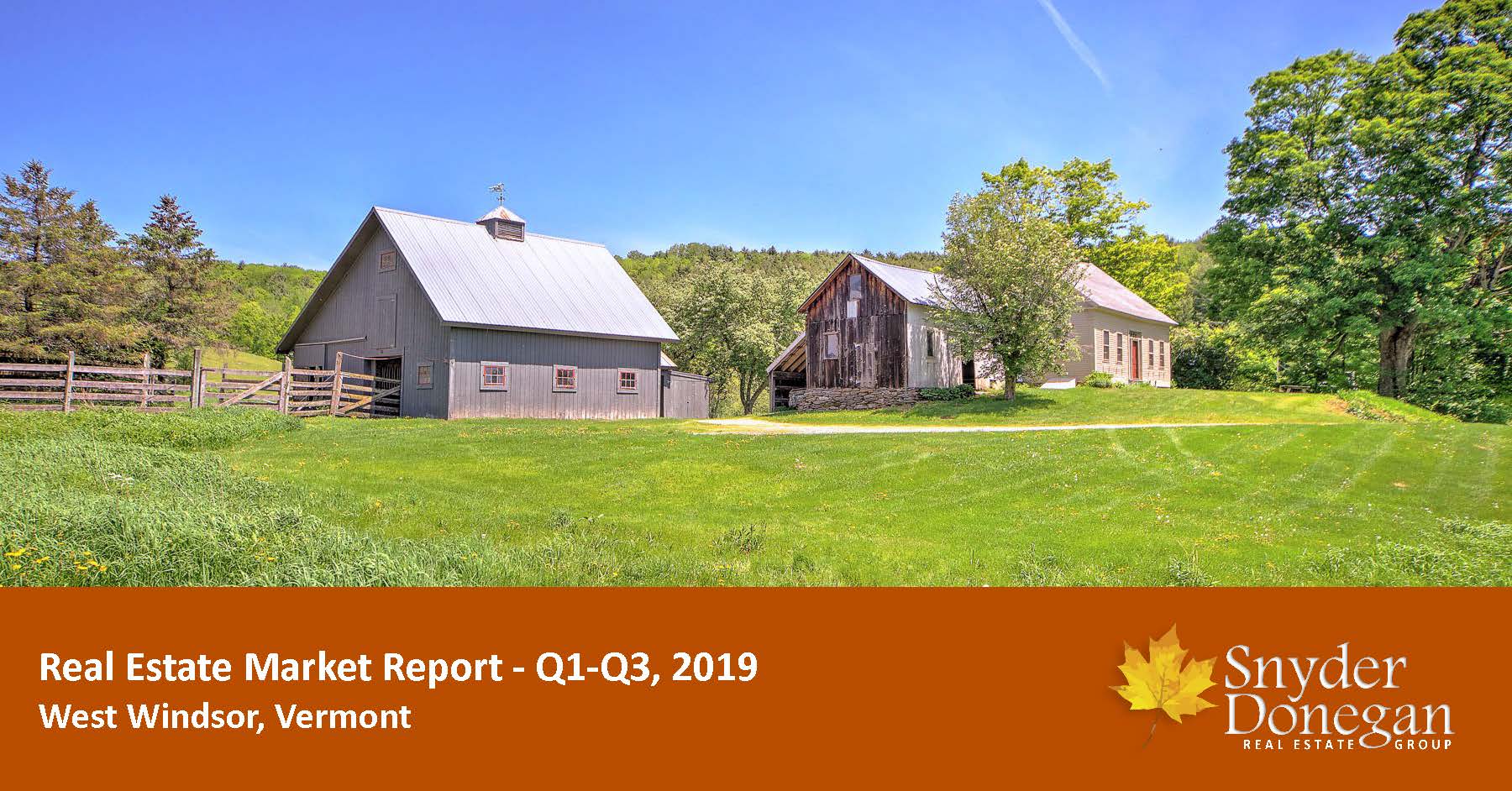 The West Windsor, Vermont real estate market continued to be very strong through the third quarter of 2019, setting a new record for the greatest number of sales during any Q1-Q3.  Specifically, there were twenty-four (24) sales of single-family homes, up 33% from eighteen (18) sales during the same period last year.  As of this writing there was one (1) additional property active under contract and set to close in the coming months.

Homes that closed during the first three quarters of 2019 spent an average of just 4 months on the market, down from 10 months during the same period in 2018, further demonstrating elevated buyer demand in comparison to past years.

As of October 1 there were twenty-six (26) homes actively listed for sale, up just slightly from twenty-four (24) that were listed on the same date last year.  Inventory as a whole remains low in comparison to recent years – down 40% compared to a high of forty-three (43) homes that were listed on October 1 of 2014.

Charts illustrating the above information can be found below, followed by a complete list of all twenty-four (24) properties that closed in West Windsor in Q1-Q3 2019. 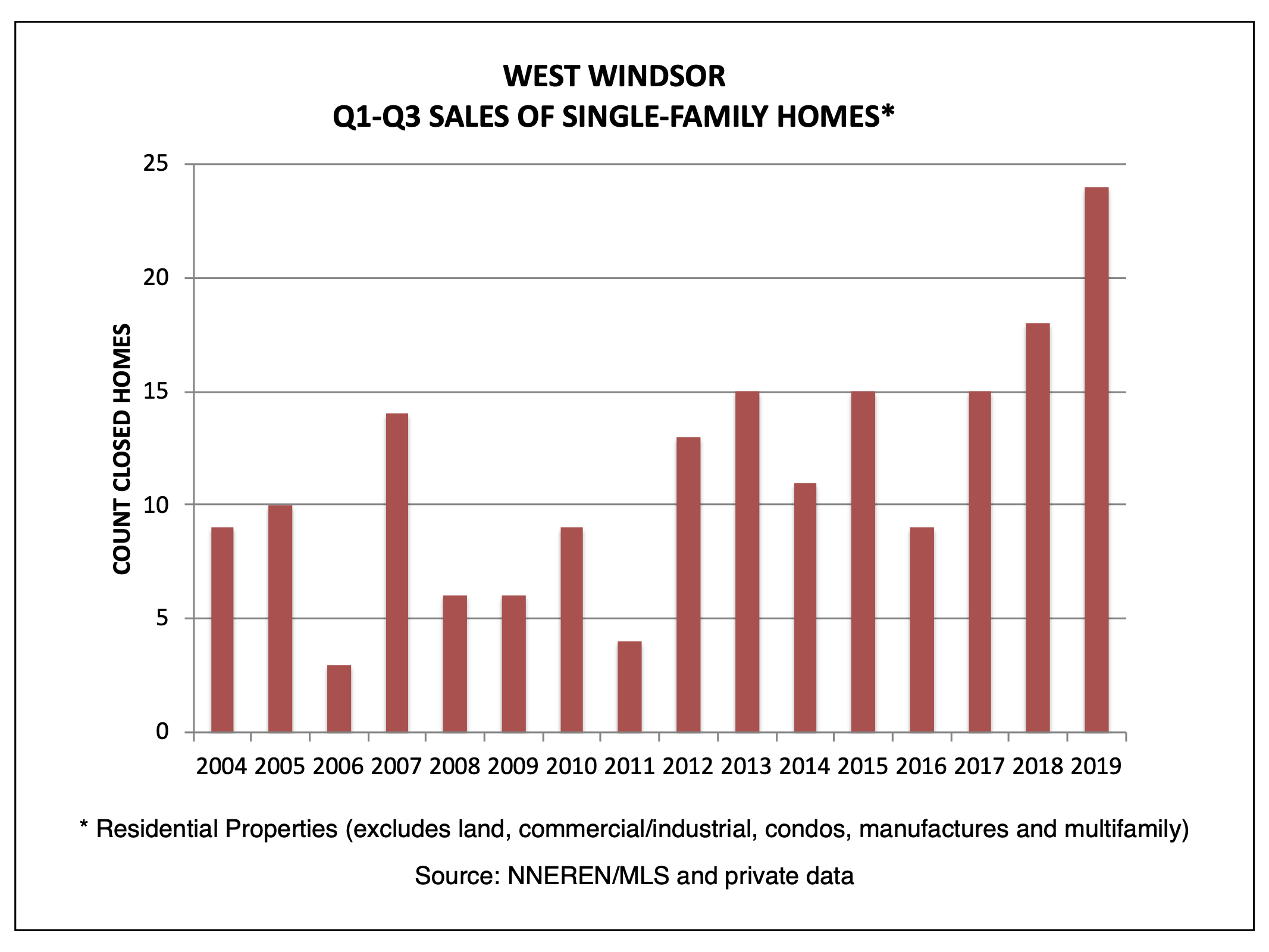 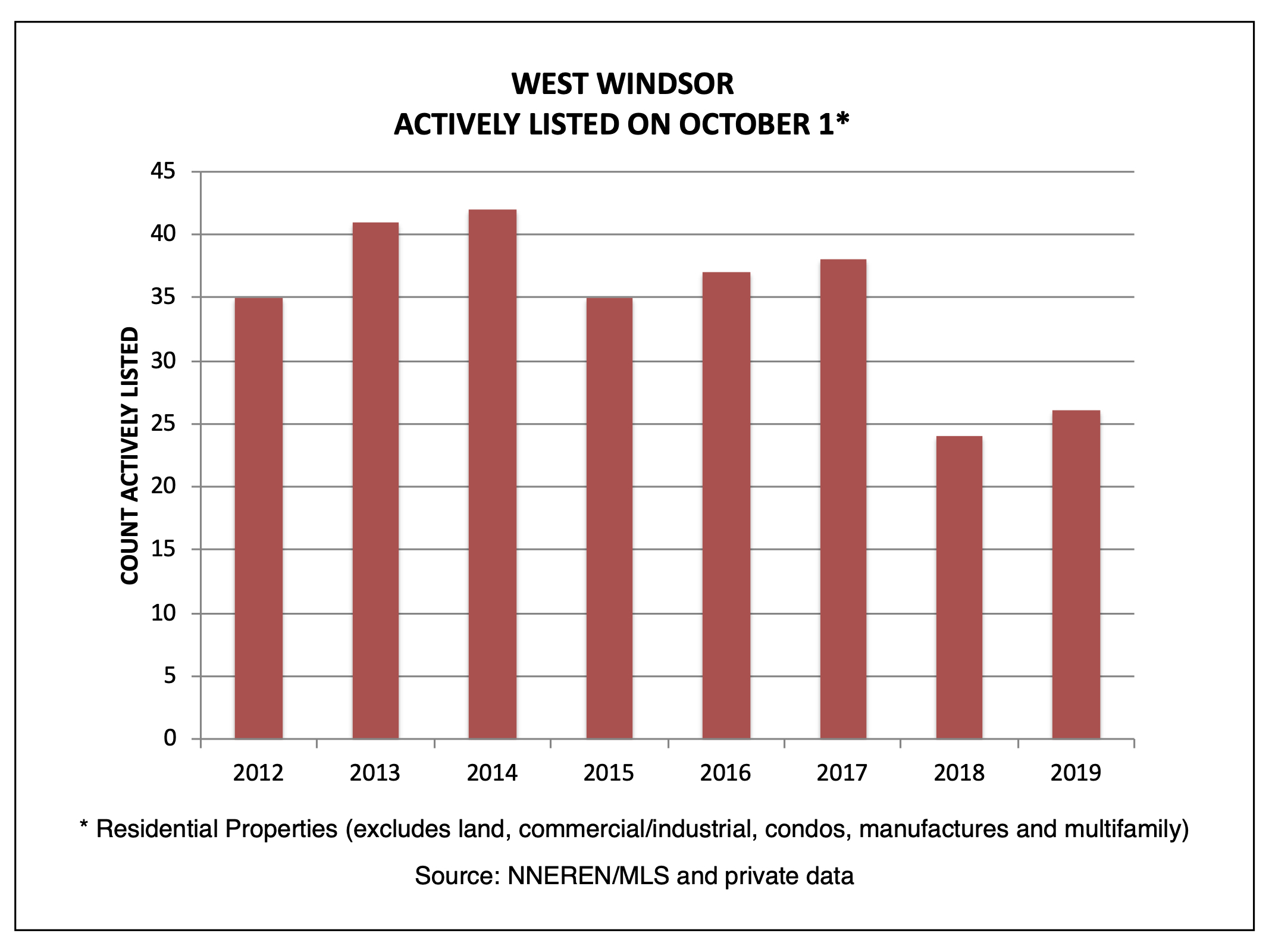 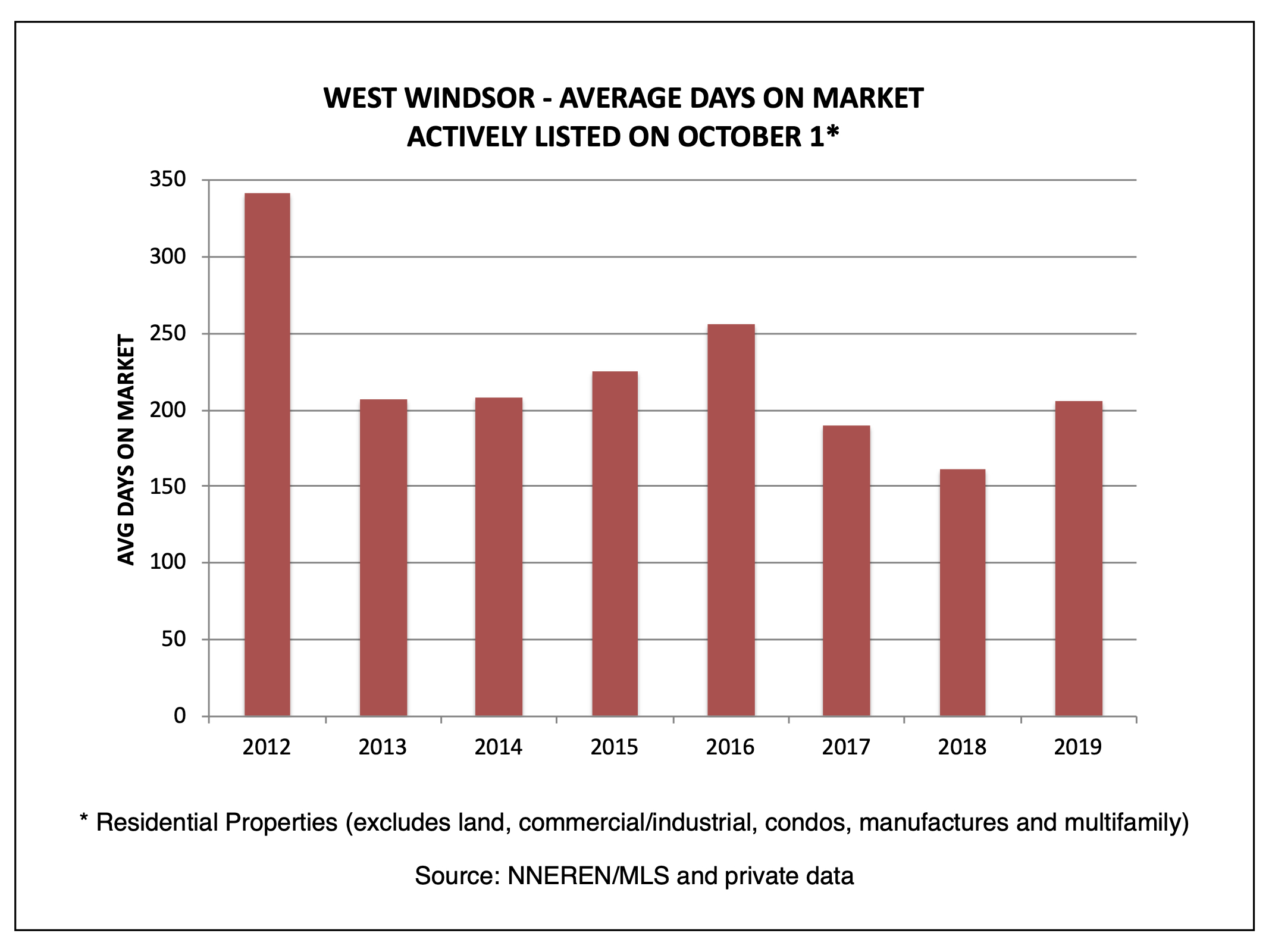