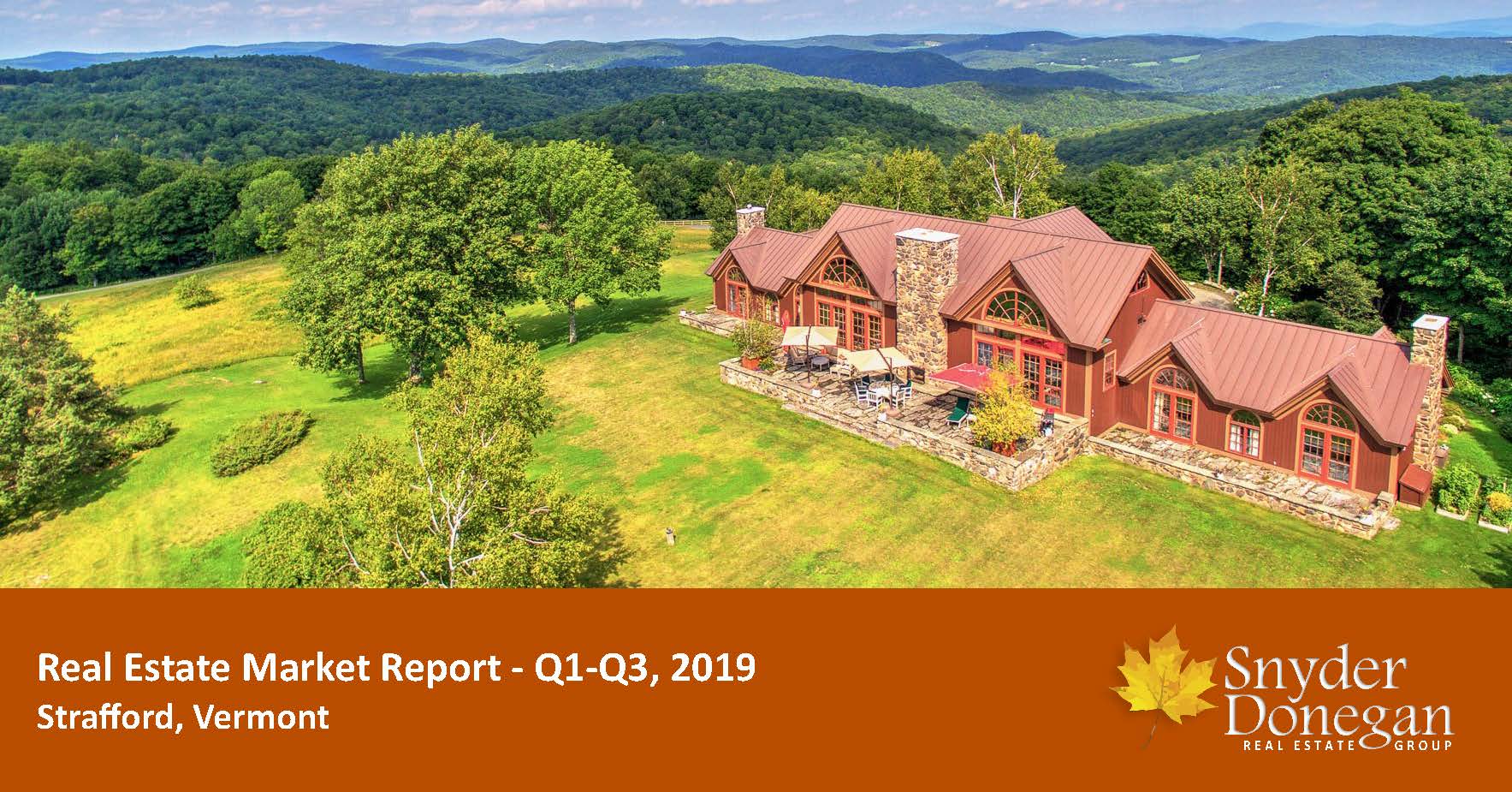 The Strafford, Vermont real estate market saw ten (10) sales of single-family homes in the first three quarters of this year, up 25% from 2018 which had eight (8) sales during the same period.

The following chart shows sales of single-family homes in Strafford from 2004 through 2019 during the first three quarters of the year, followed by a list of the ten (10) properties that closed during Q1-Q3 2019. 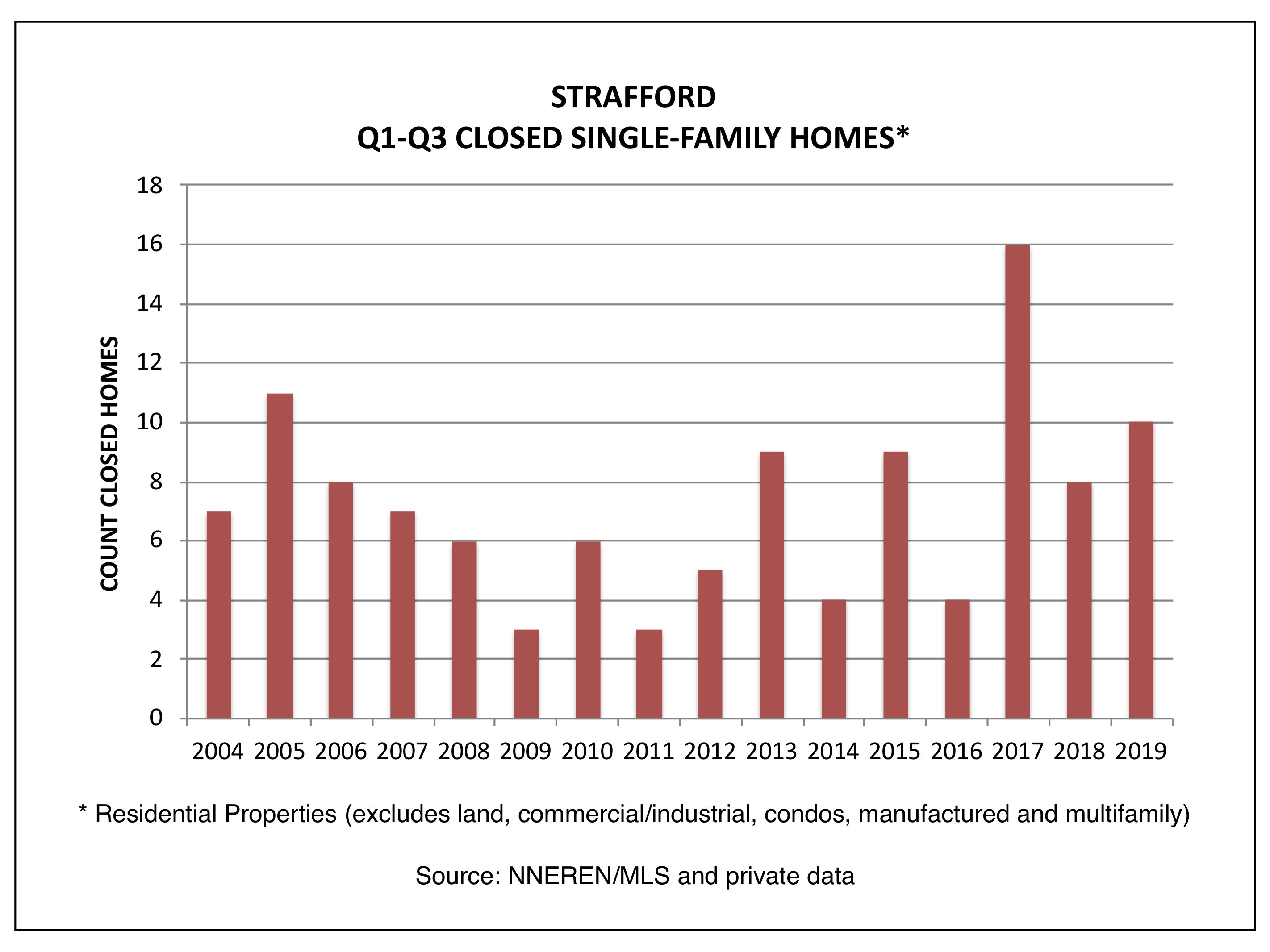