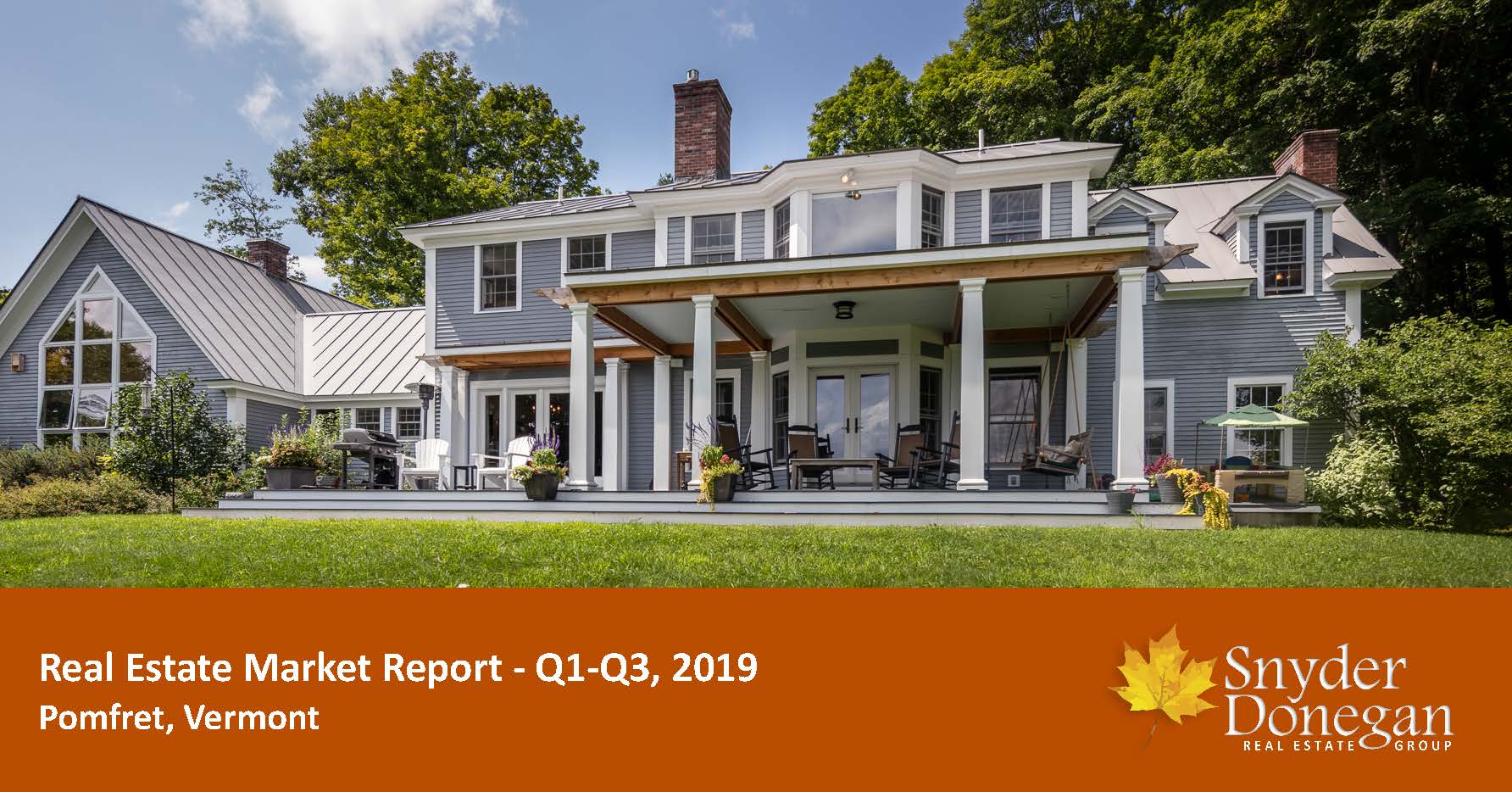 The Pomfret, Vermont real estate market saw nine (9) sales of single-family homes during the first three quarters of 2019, down 36% from fourteen (14) sales during the same period in 2018.  At the time of this writing, there were three (3) properties active under contract and likely to close before the end of the year.  While sales were down compared to 2018, they are relatively flat in comparison to 2017, 2016, and 2015.

Like many towns in the Greater Woodstock area, inventory in Pomfret had been declining over the past several years.  However, the trend reversed itself sometime between the first half and end of the third quarter of this year.  Specifically, there were twenty-two (22) homes actively listed for sale on October 1 of this year, up 38% compared to the same date last year.  This increase is even more pronounced for homes priced above $500,000, where inventory jumped from just three (3) homes on October 1, 2018 to ten (10) on the same date this year.  This reversal in the trend of decreasing inventory has also been observed in five of the seven towns within the Greater Woodstock area.

Charts illustrating the above information can be found below, followed by a list of properties that sold in Pomfret during Q1-Q3 2019. 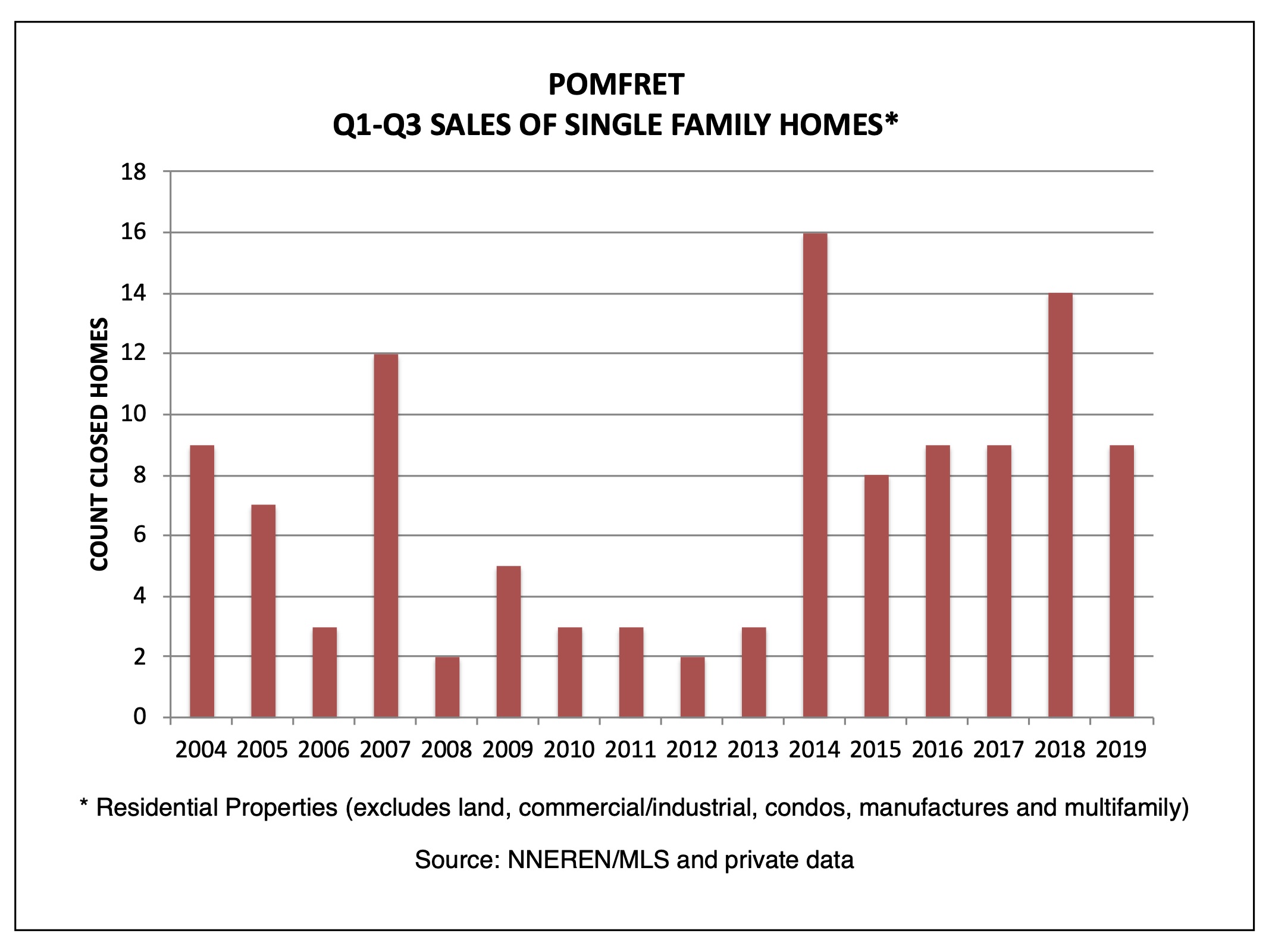 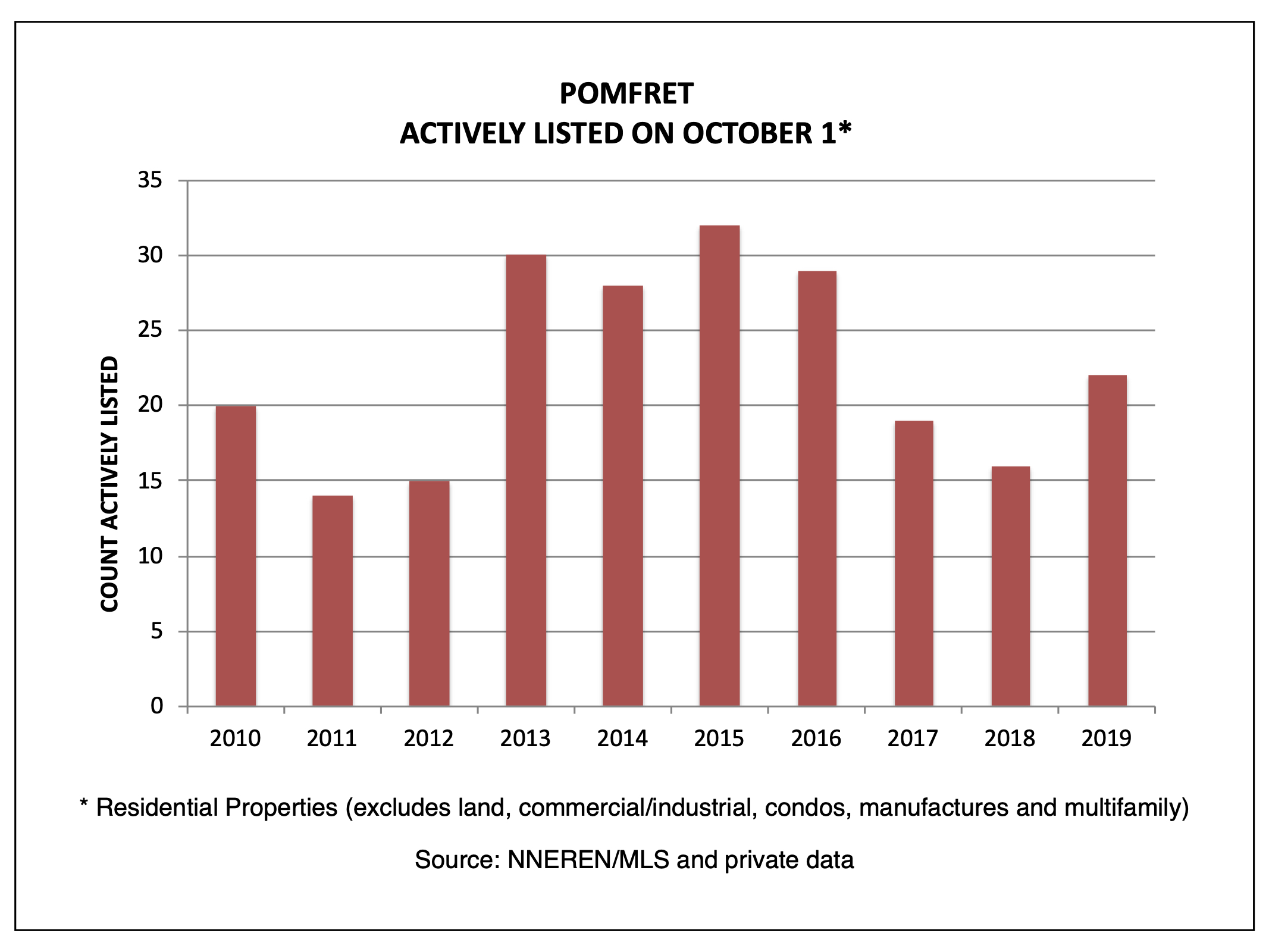