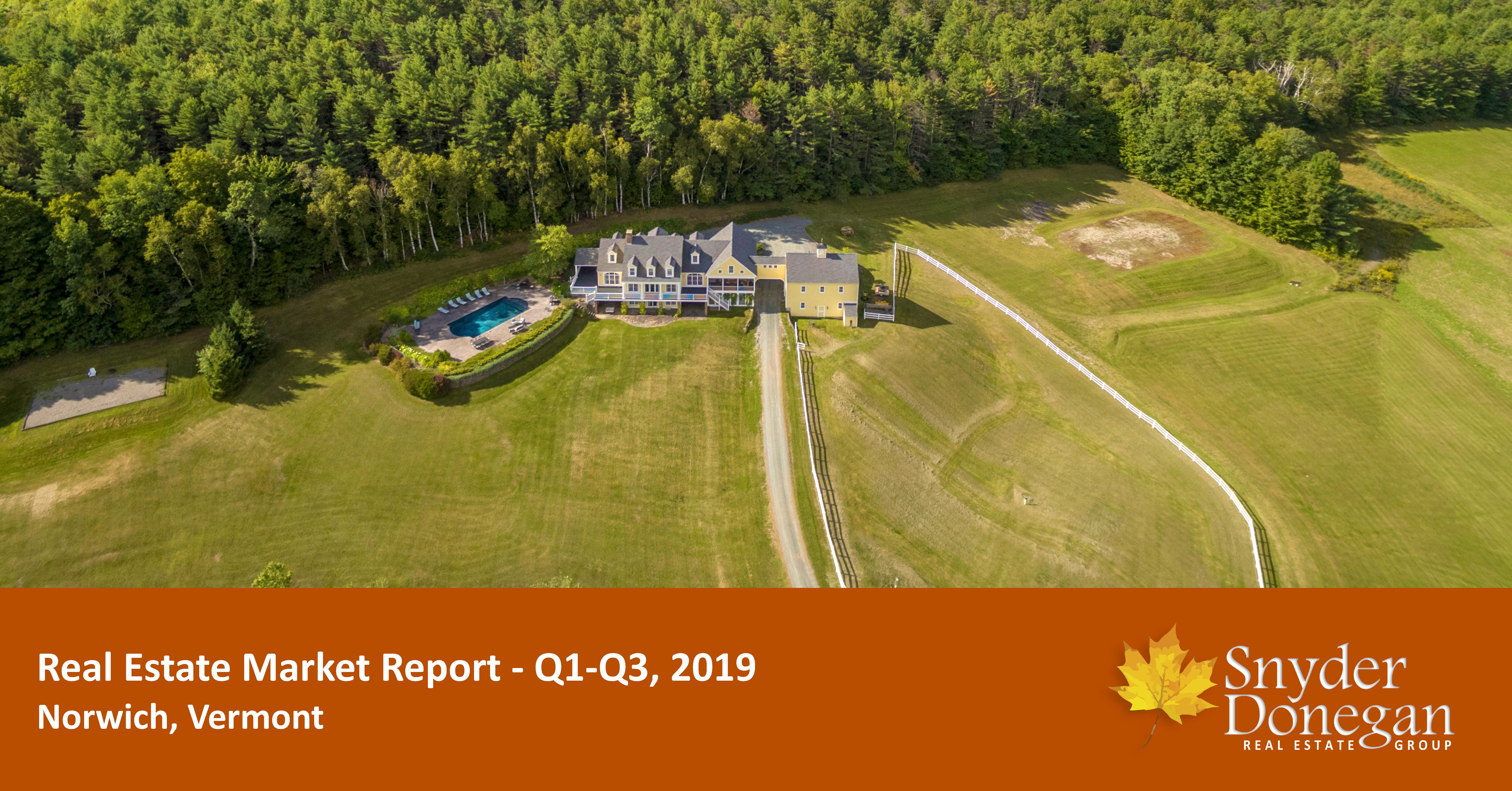 The Norwich, Vermont real estate market saw twenty-five (25) sales of single-family homes during the first three quarters of this year, down 31% from the same period in 2018 which saw thirty-six (36) sales.  We believe that the reduction in the number of sales is a reflection of the very limited available inventory in Norwich at the onset of and throughout this year.

Inventory in Norwich has remained low for the past several years, slow to recover after a record-breaking 2015 which boasted sixty-one (61) properties sold, 22% higher than to any other year on record.  As a result, we believe sales have remained tempered.

As of October 1, there were two (2) properties active under contract or pending, which will likely close in the coming months.

Charts illustrating the above information can be found below, followed by a complete list of all twenty-five (25) properties that sold in Norwich in Q1-Q3 2019. 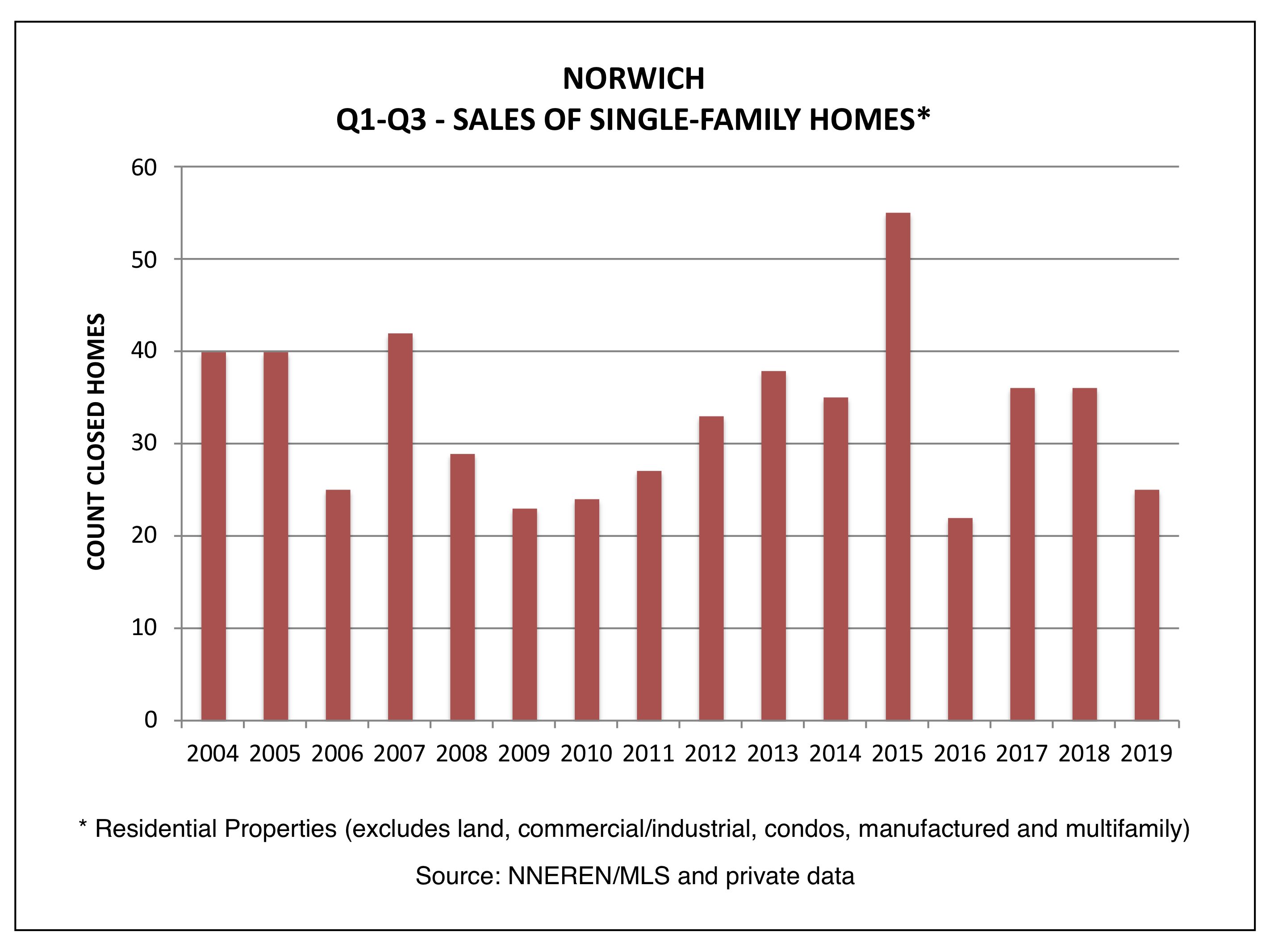 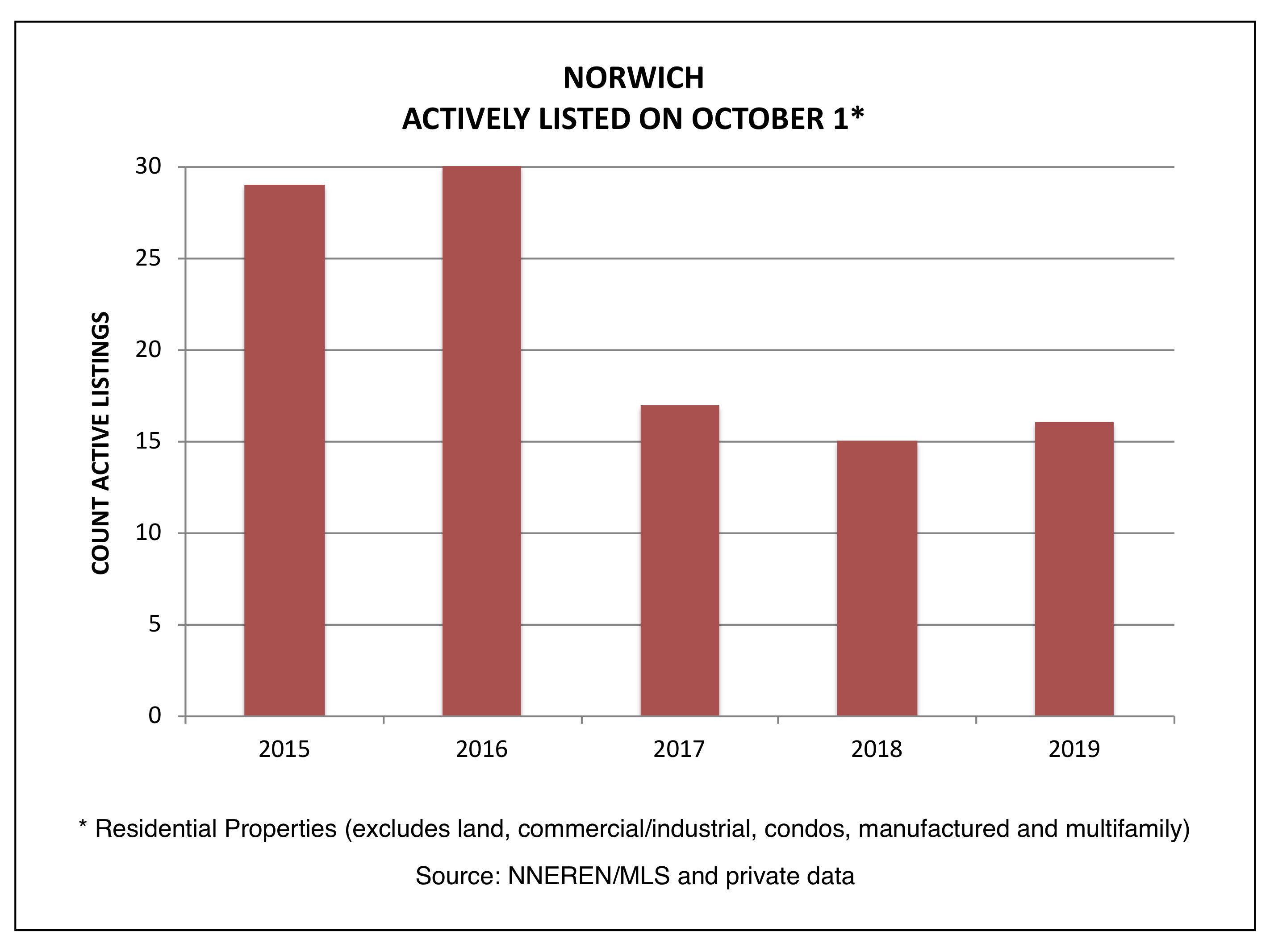 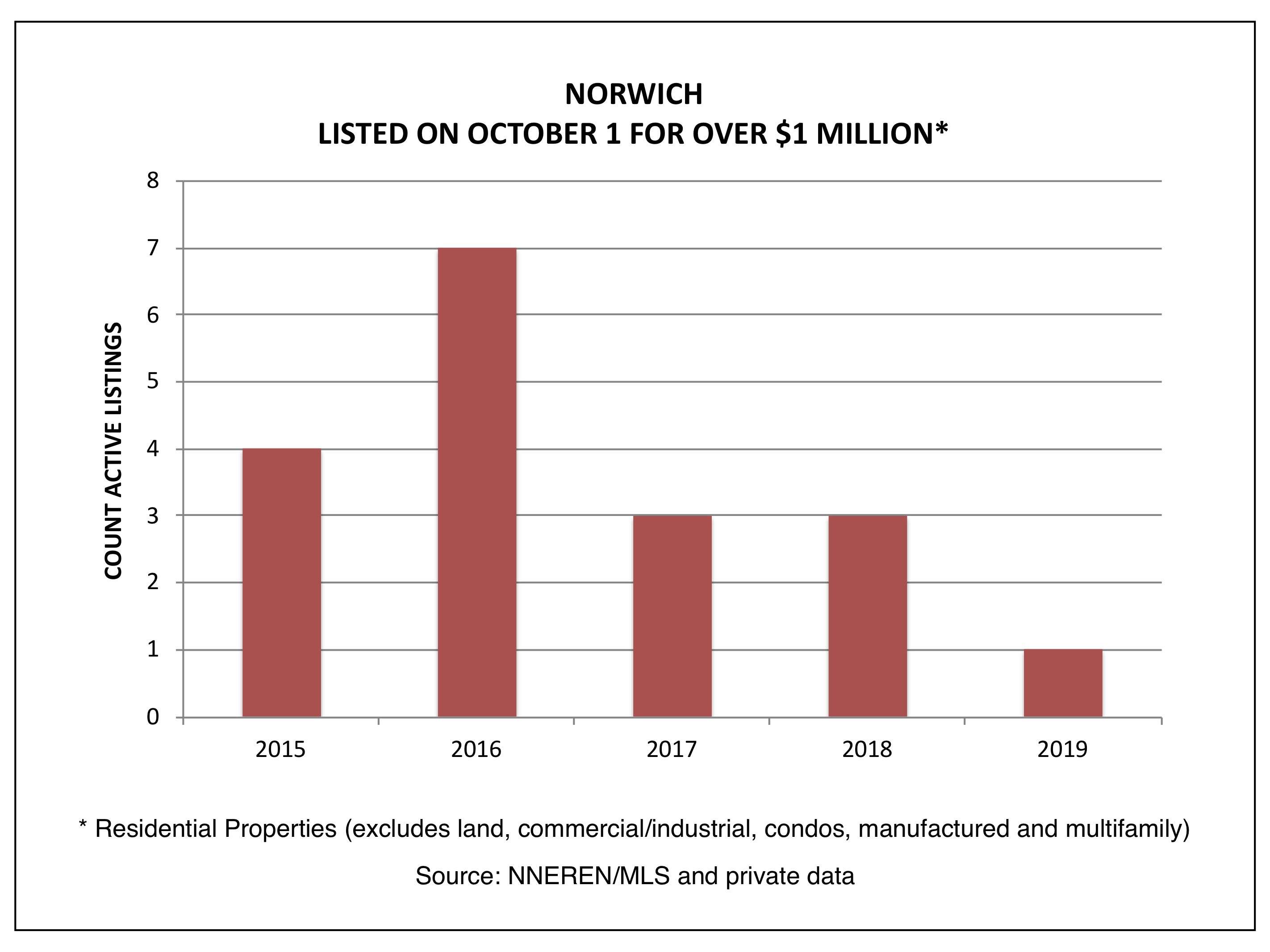