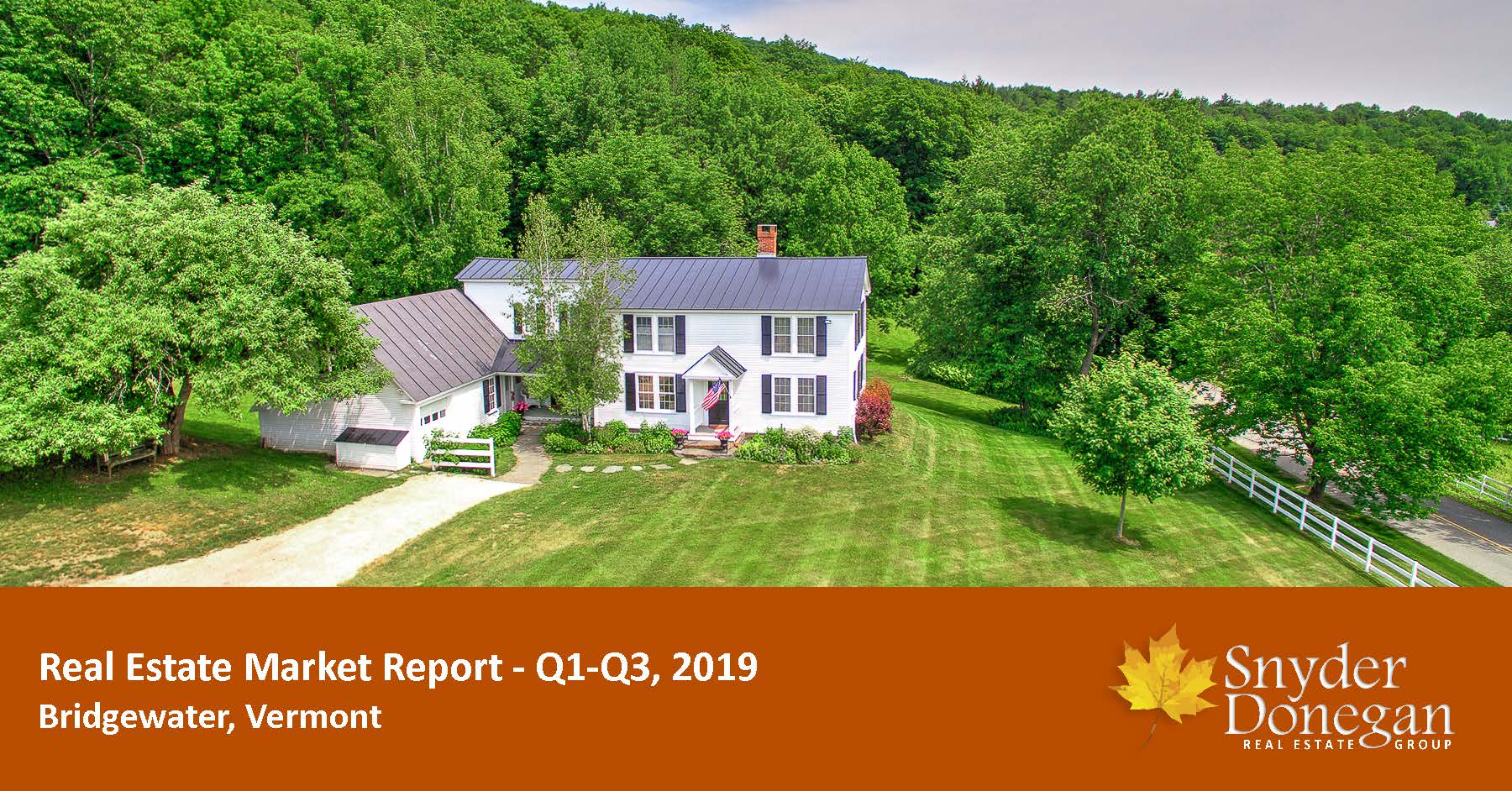 The Bridgewater, Vermont real estate market had a strong first three quarters of 2019 with seven (7) sales of single-family homes, up 130% from just three (3) sales during the same period in 2018.  As of this writing there was one (1) additional property active under contract, likely to close in the coming months.

Similar to other towns in the Greater Woodstock market area, inventory in the Bridgewater market had been declining in the past several years and through the first half of this year.  However, while only a minor shift, as of October 1 there were sixteen (16) houses actively listed for sale, versus thirteen (13) the year previously.  This reversal in the trend of decreasing inventory has also been observed in Pomfret, Barnard, Woodstock, Reading and West Windsor.

Snyder Donegan was pleased to represent the seller in the highest priced sale thus far in 2019– 1261 North Bridgewater Rd– which closed for $701,000.

Charts illustrating the above information can be found below, followed by a complete list of all seven (7) properties that closed during Q1-Q3 2019. 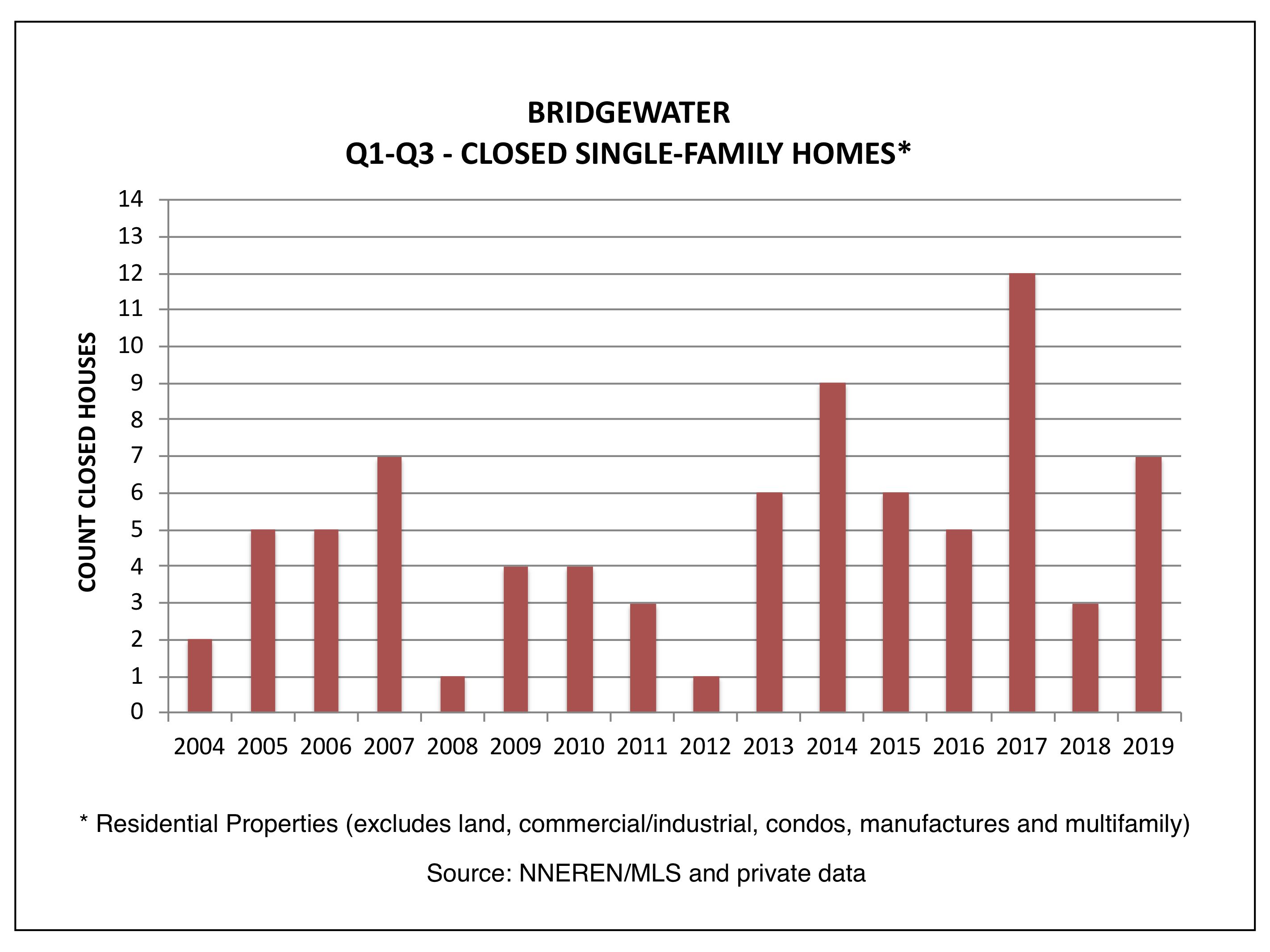 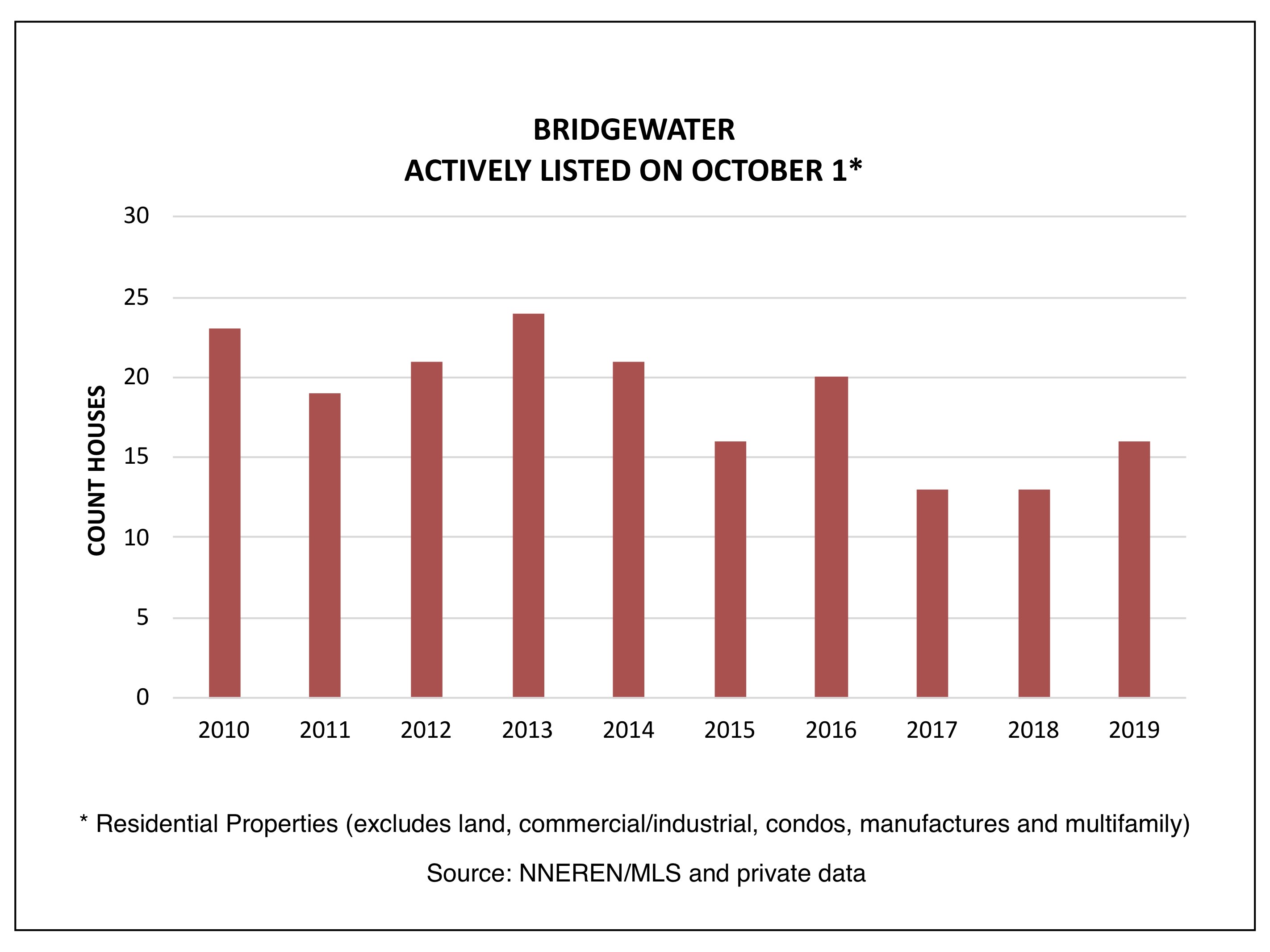 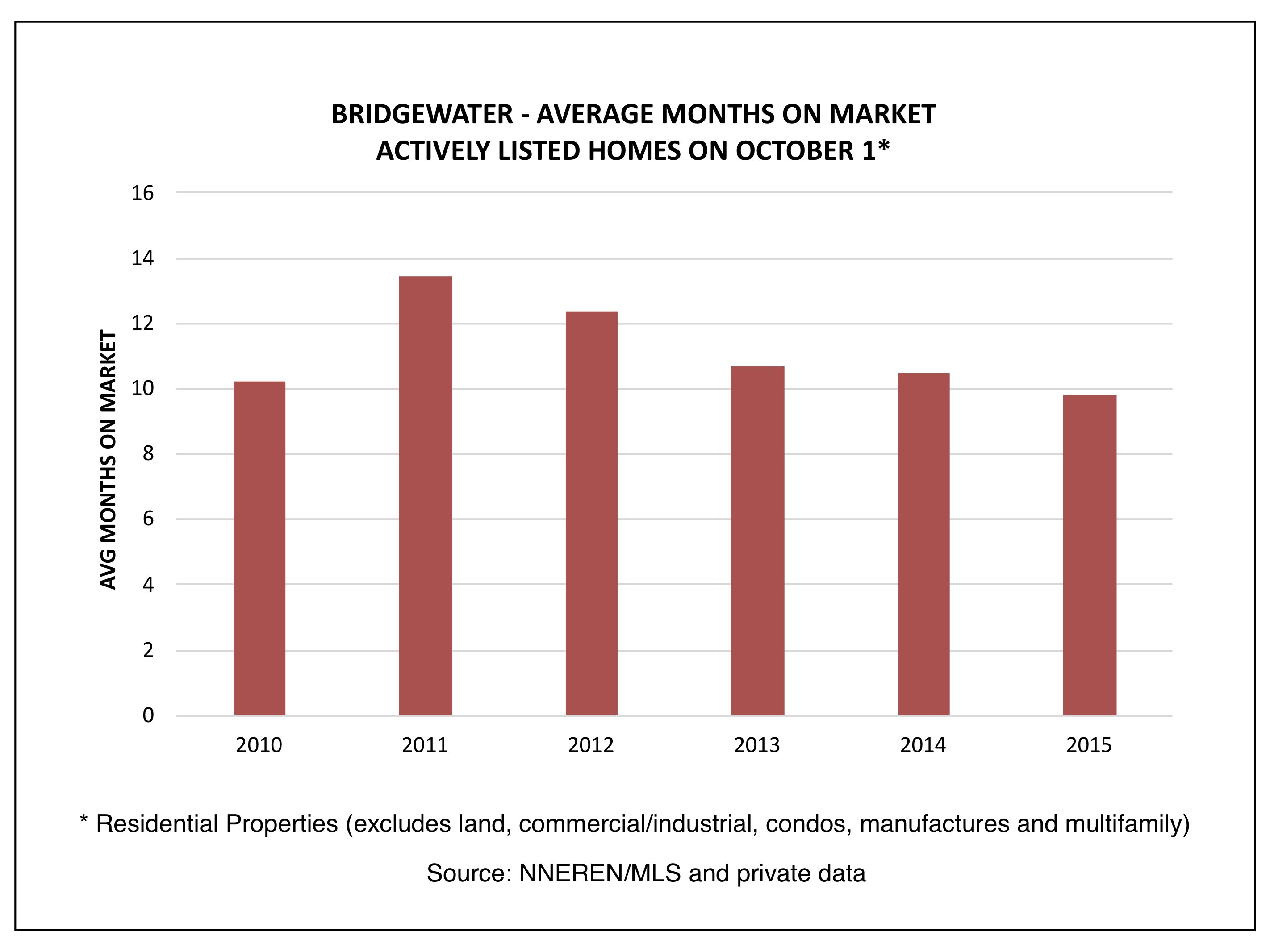 A list of all 7 homes that sold/closed in Bridgewater during Q1-Q3 2019 is below.