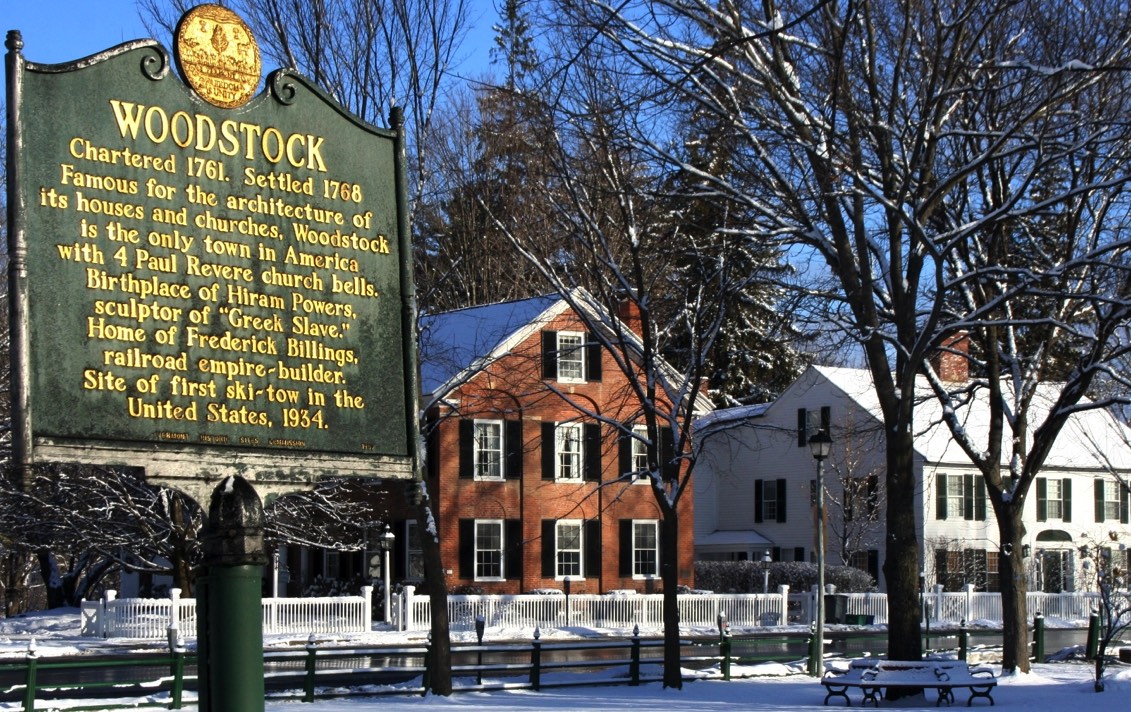 Woodstock, Vermont is the quintessential New England historic town. It sits in a valley surrounded by low-lying hills that nestle rather than overwhelm, a community snuggled around the Ottauquechee River, an area once favored by the Abenaki as their summer fishing and agriculture grounds. However, the community was quickly discovered by settlers from New Hampshire and Connecticut in the late 1700’s and even more quickly populated by judges, lawyers, doctors and tradesmen and their families in the 1800’s as it was established as the Windsor County seat. 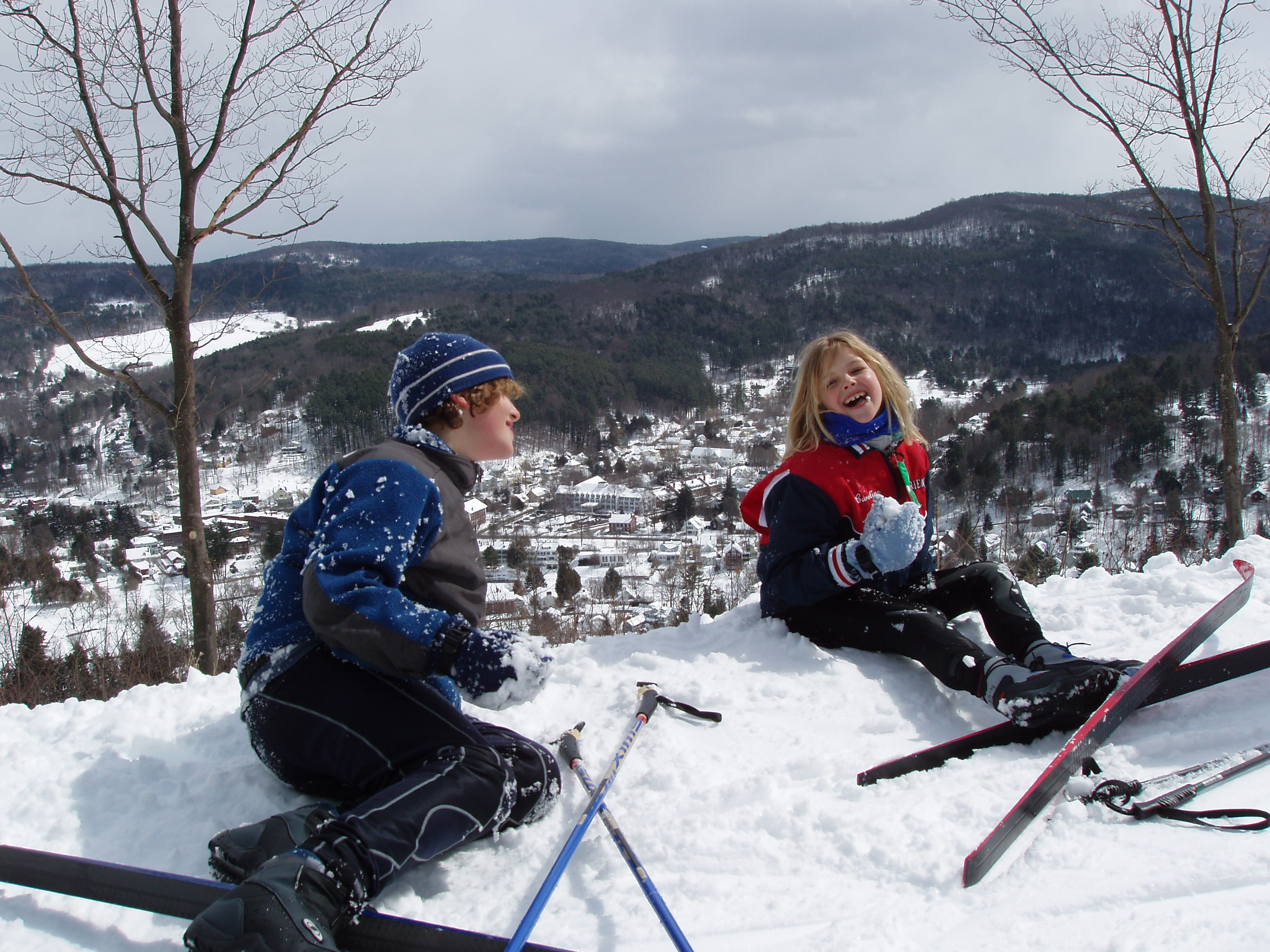 The effects of those affluent first settlers and families is most reflected in the well-groomed woods and pastures of Woodstock, not to mention the architecture found in its public buildings and beautiful homes. Many of the Woodstock Village residences date back to the early 1800’s, including the Windsor County Courthouse with its distinctive cupola.

Like much of Vermont, Woodstock was a heavy participant in timber and sheep industries and had its share of mills along the river. It was during this time of huge economic boom  - and then crash -  that statesman/conservationist George Perkins Marsh wrote his prescient work “Man and Nature." The book was, in part, a treatise about abuses of the environment and  the economic effects of deforestation. The man who later bought Marsh's Elm Street property, Frederick Billings, took Marsh’s words to heart, establishing  the first tree plantation in America on Mount Tom.

Later, when trains delivered visitors from White River Junction to Woodstock’s rail station at the East End of town, the community blossomed as a tourist destination for those seeking fresh air, winter sports or summer vacations away from the hot, crowded cities. As many know, Woodstock offered the first rope tow on Gilbert’s Hill powered by a Model-T Ford engine. 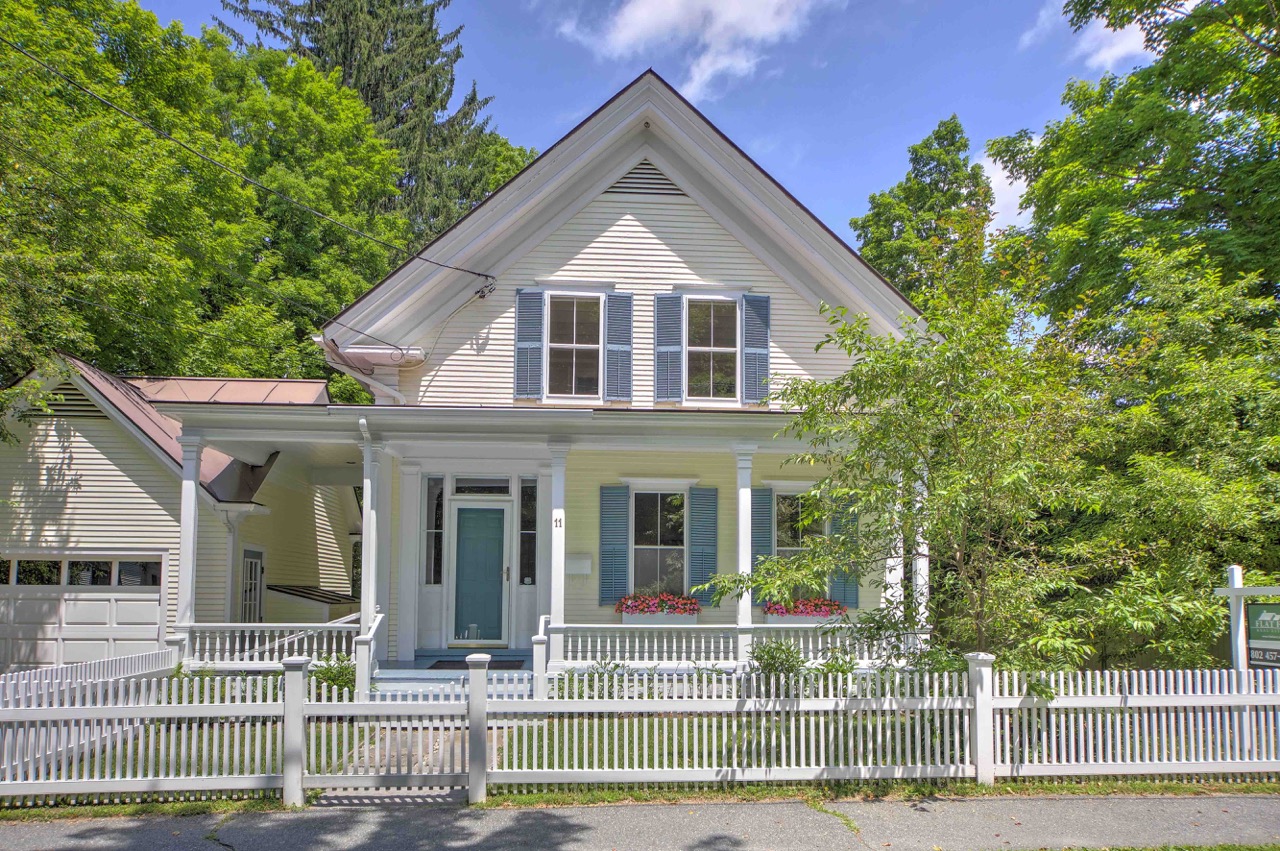 Today, visiting Woodstock is still a breath of fresh air as residents and visitors enjoy the stately homes along Elm Street and the Village Green. There is an old-fashioned feel with locals picking up their sandwiches at The Village Butcher or trying on  fashionable eyewear at Eyes on Elm. Always there is conversation and people are all on a first-name basis. Contributing to this old-fashioned feel and being one of the  “Prettiest Villages in New England” is the absence of phone and utility lines; they are all buried underground. This piece of forward-thinking action was undertaken by Woodstock’s most famous landowner/philanthropists Laurance Rockefeller and his wife Mary Billings Rockefeller.

While the railroads brought the first winter sports enthusiasts to ski, it was certainly the Billings and Rockefeller families who brought the cachet of Woodstock to the forefront. Frederick Billings was a prominent lawyer in Vermont who later built the Northern-Pacific Railroad, established the first successful law firm in San Francisco and helped created the University of California at Berkeley. Yet, he always returned home to Woodstock.

Mr. Rockefeller, in addition to multiple other ventures and accomplishments in life, including marrying Frederick Billings' grand-daughter, was to re-build the Woodstock Inn and Resort, making it part of his chain of Rock Resort properties. He and his wife Mary, by the end of their time in Woodstock, had also established the Billings Farm and Museum – a working dairy farm -- and later gave their entire estate on Elm Street to the National Park Service, creating Marsh-Billings-Rockefeller National Historical Park. 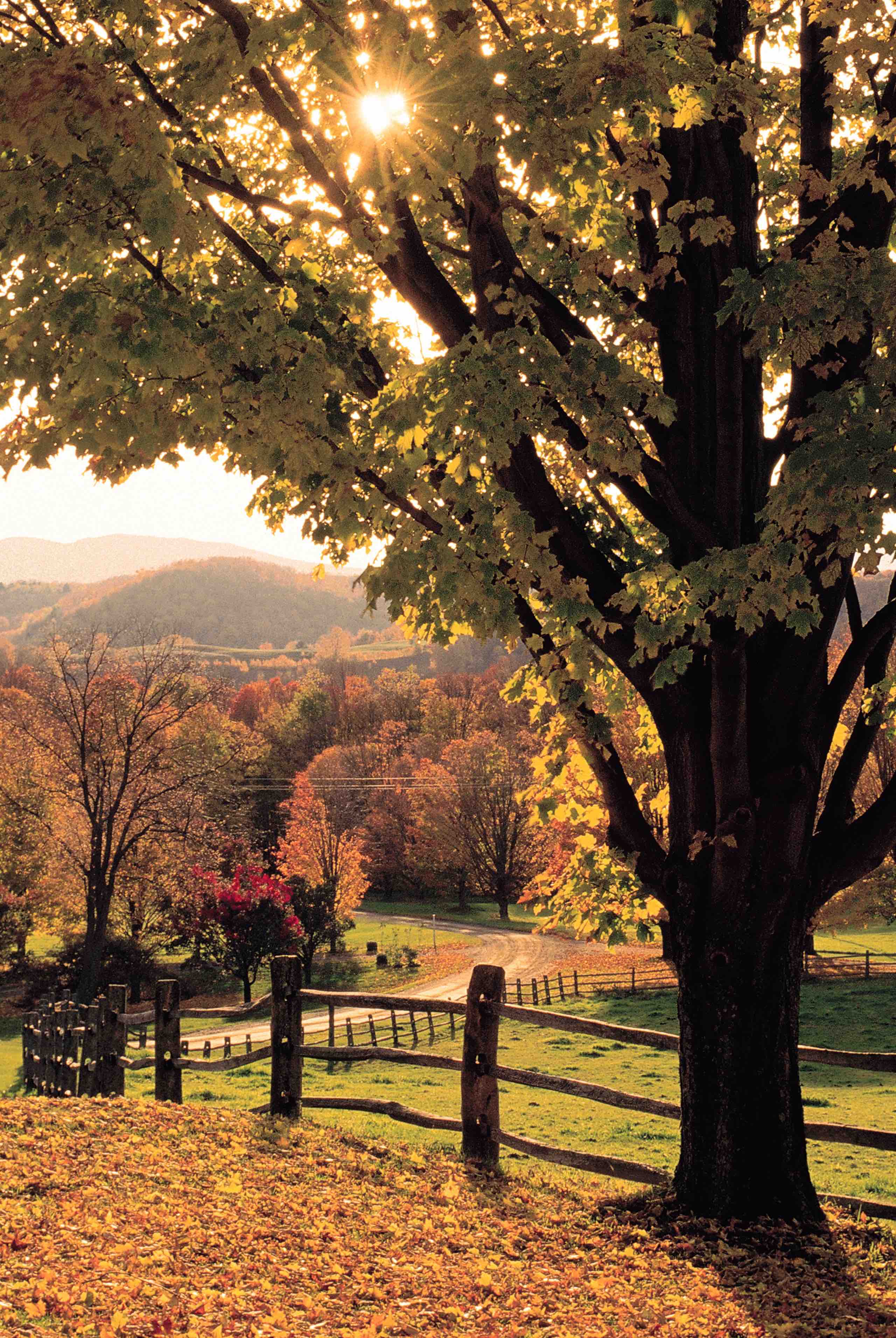 Today, the two Rockefeller entities hosts thousands of visitors every year who learn both about agriculture and the birth of conservation. The national park comprises 550 acres, all of it public land used by locals and tourists alike for hiking, bird-watching or running along the flanks of Mt. Tom, the small “mountain” that keeps watch over Woodstock Village. Littler known is the fact the Billings-Rockefeller Mansion is also home to one of the most comprehensive collections of Hudson River School paintings and art of the American West.

Woodstock, as a place to raise children, offers elementary, middle and high schools, playing fields, an ice rink, outdoor and indoor swimming pools, a Town Hall movie theater with state-of-the-art projection system. It also has an increasingly active art and theater scene with the Artistree and Pentangle organizations providing classes and gallery talks.

For those who choose to come to Woodstock to enjoy a second-home and simply to enjoy leisurely pursuits, The Woodstock Inn and Resort offers memberships at its tennis center, golf course and its Suicide Six ski area. Killington Ski Area is a half hour away. Swimming  is offered at Silver Lake State Park in Barnard. Volunteer opportunities abound from Garden Club, Meals on Wheels to participating in Sustainable Woodstock activities.

Those who choose to live in Woodstock continue to be some of the most educated in the world, some of the most accomplished “captains of industry” in the country.  It seems everyone has an interesting back-story. You’ll find filmmakers, war correspondents, writers, artists, military experts, doctors, high-tech entrepreneurs, rock stars, equestrians  and happy soccer moms and dads all grabbing a coffee in town. Woodstock also attracts its fair share of Dutch, English and French, many of whom are reminded of home by the gentle hills, winding dirt roads, cows, sheep and horses in pastures next to beautiful weathered barns. Even if it’s not the old country, it has the feel of a place with deep roots.

The homes, farms and acreage available to you through  Snyder Donegan Real Estate Group in Woodstock  offer “home sweet home” in a variety of ways, but mostly exceptional, whether relatively modest or on a grand scale, to accommodate the well-refined tastes of those who understand and appreciate good living. Woodstock is a place in which to set down, dig in and  establish your own roots.