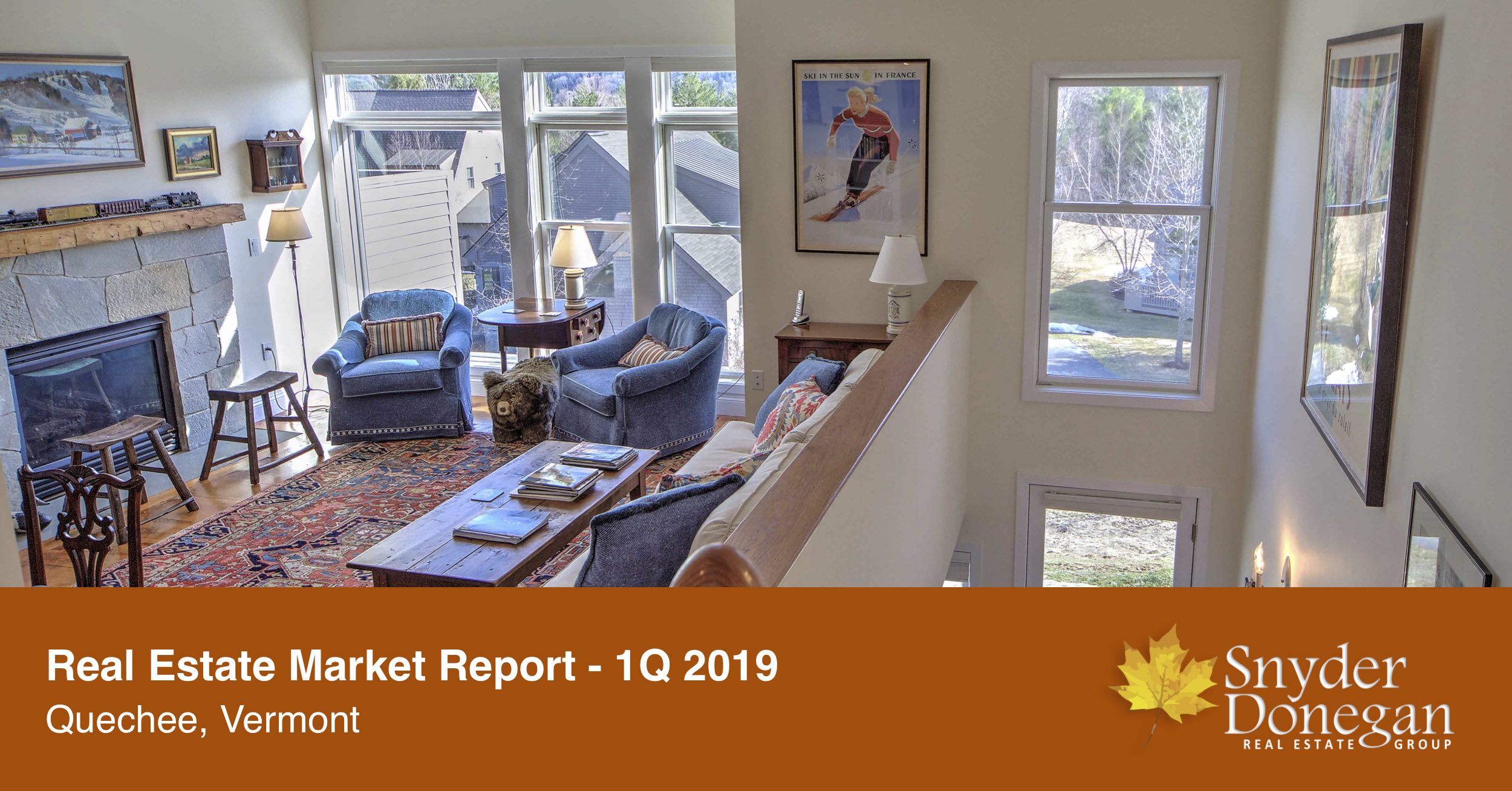 Compared to the record-breaking year in 2018 the Quechee, Vermont real estate market had a sluggish start to 2019.  Specifically, there were six (6) sales of single-family homes during the first quarter, down from fourteen (14) during the same period in 2018.

Buying activity during the first quarter is almost always the slowest period of the year, when snow covers the ground and the weather keeps many from wanting to look at houses.  From 2004-2018, on average, just 15% of sales occurred during the first quarter, with 28% taking place in the second quarter, 31% in the third quarter, and 26% in the fourth quarter.  This past winter was particularly long in duration and heavy in snowfall, perhaps diminishing first quarter sales to an even greater degree than normal.

While the sample size is small, the average negotiating discount – the % difference between a home’s list price and sale price – was 5.93% in 1Q 2019, compared to 5.18% for the full year of 2018.  We anticipate that figure will decrease as more properties close during the second quarter.

Condominium sales were solid in the first quarter of 2019.  There were eight (8) sales of condos compared to seven (7) during the same period last year.

Charts illustrating the above information can be found below, followed by a complete list of all the single-family homes and condominiums that sold in Quechee in Q1 2019. 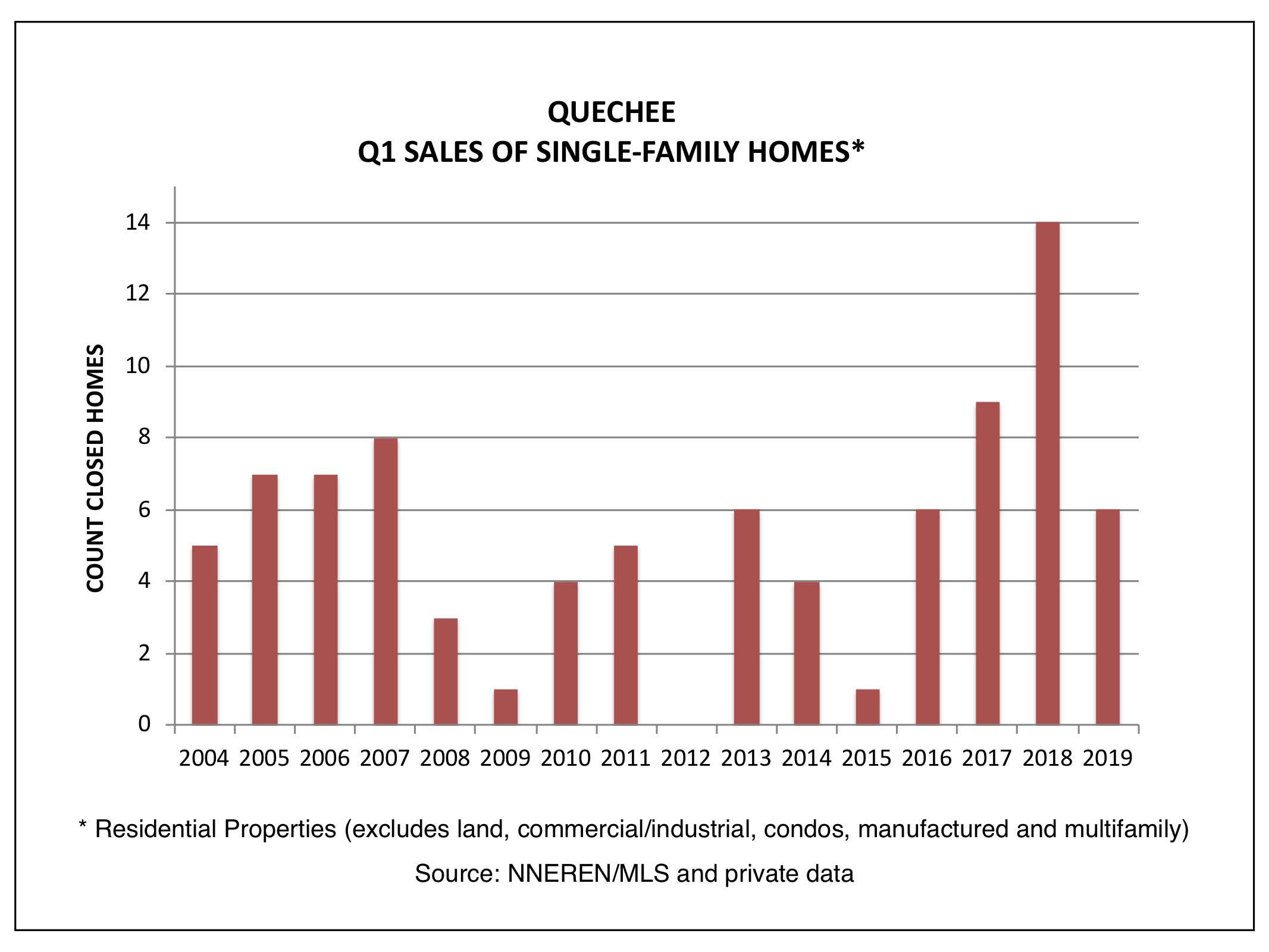 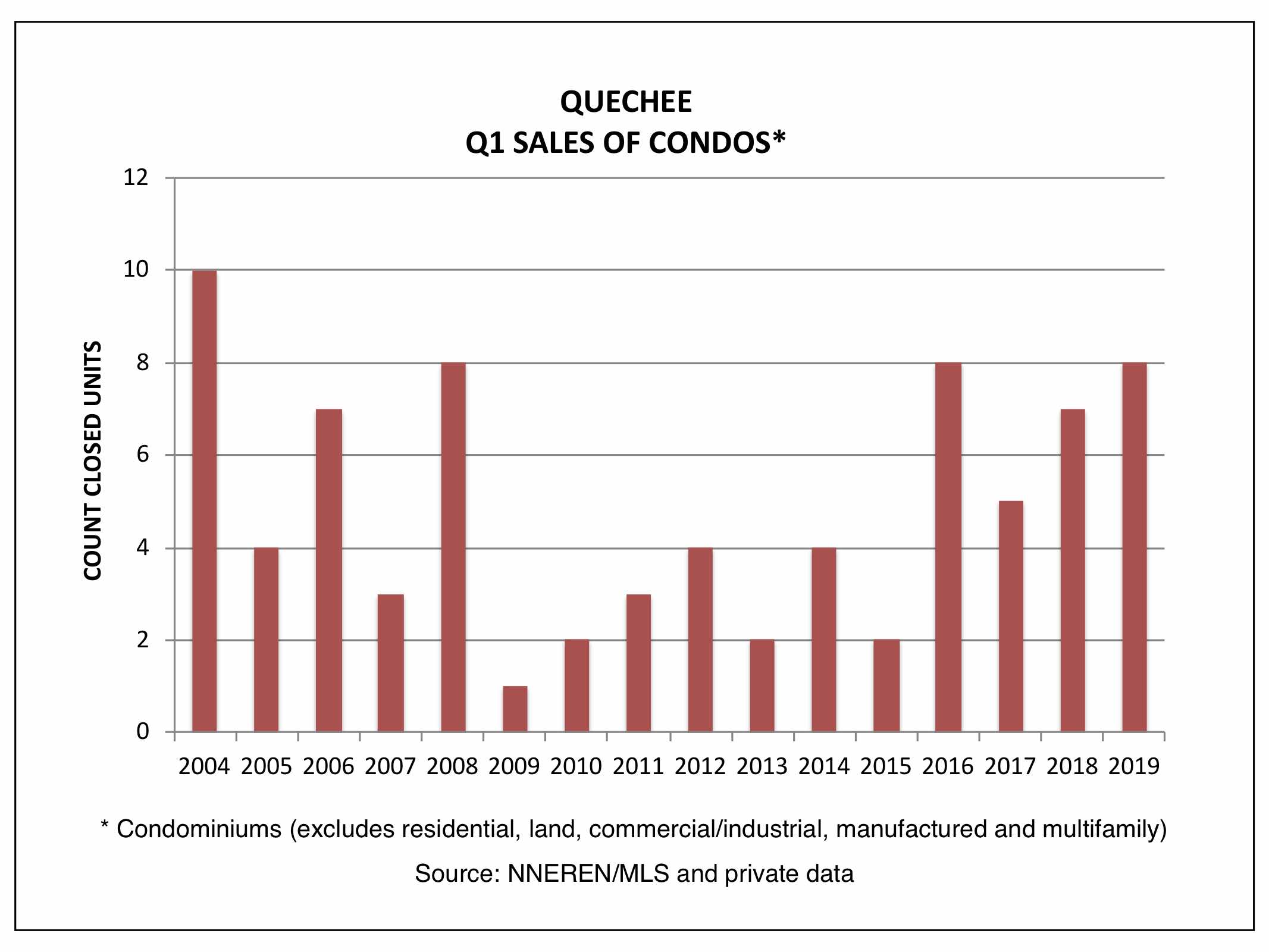 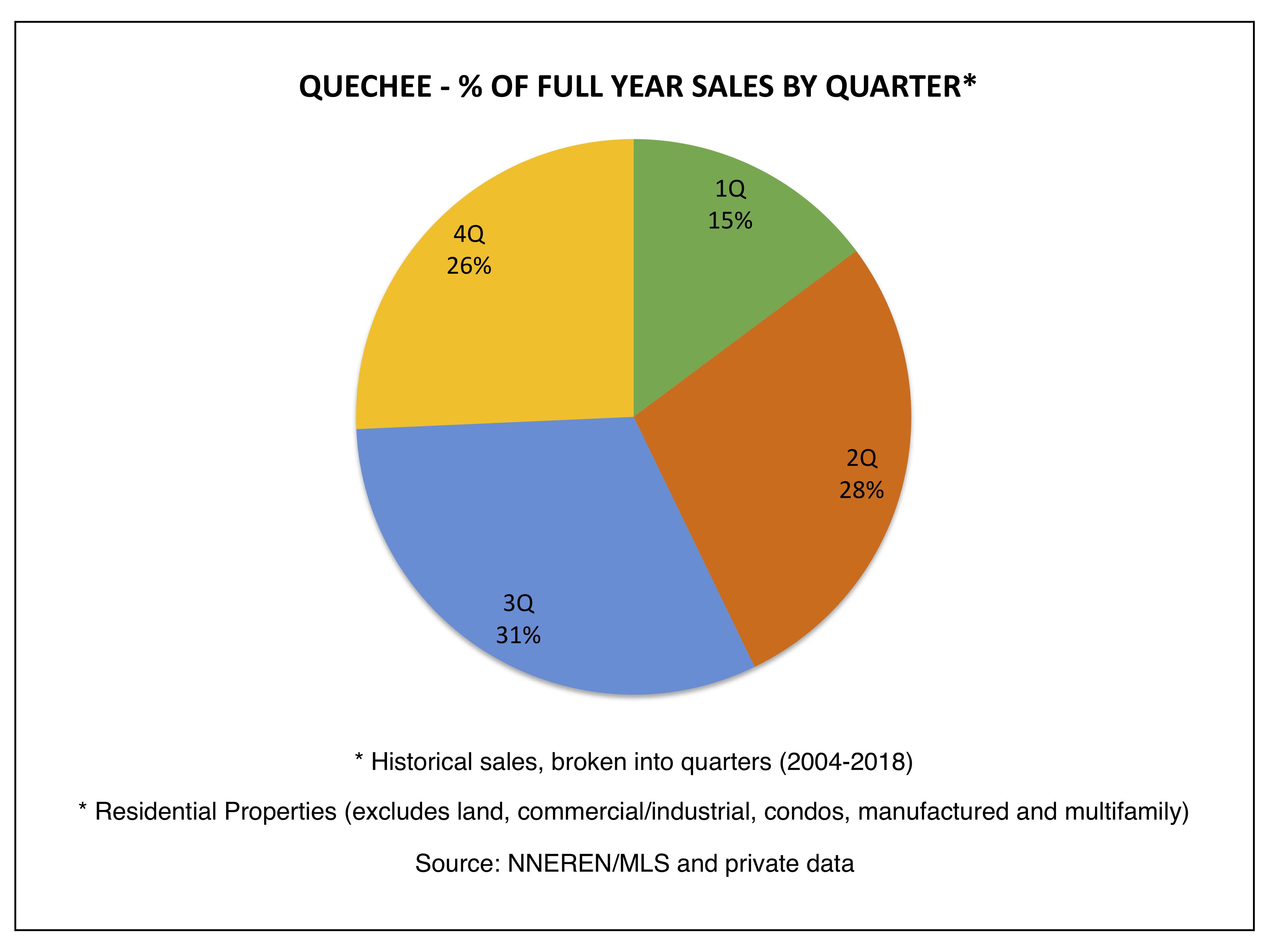