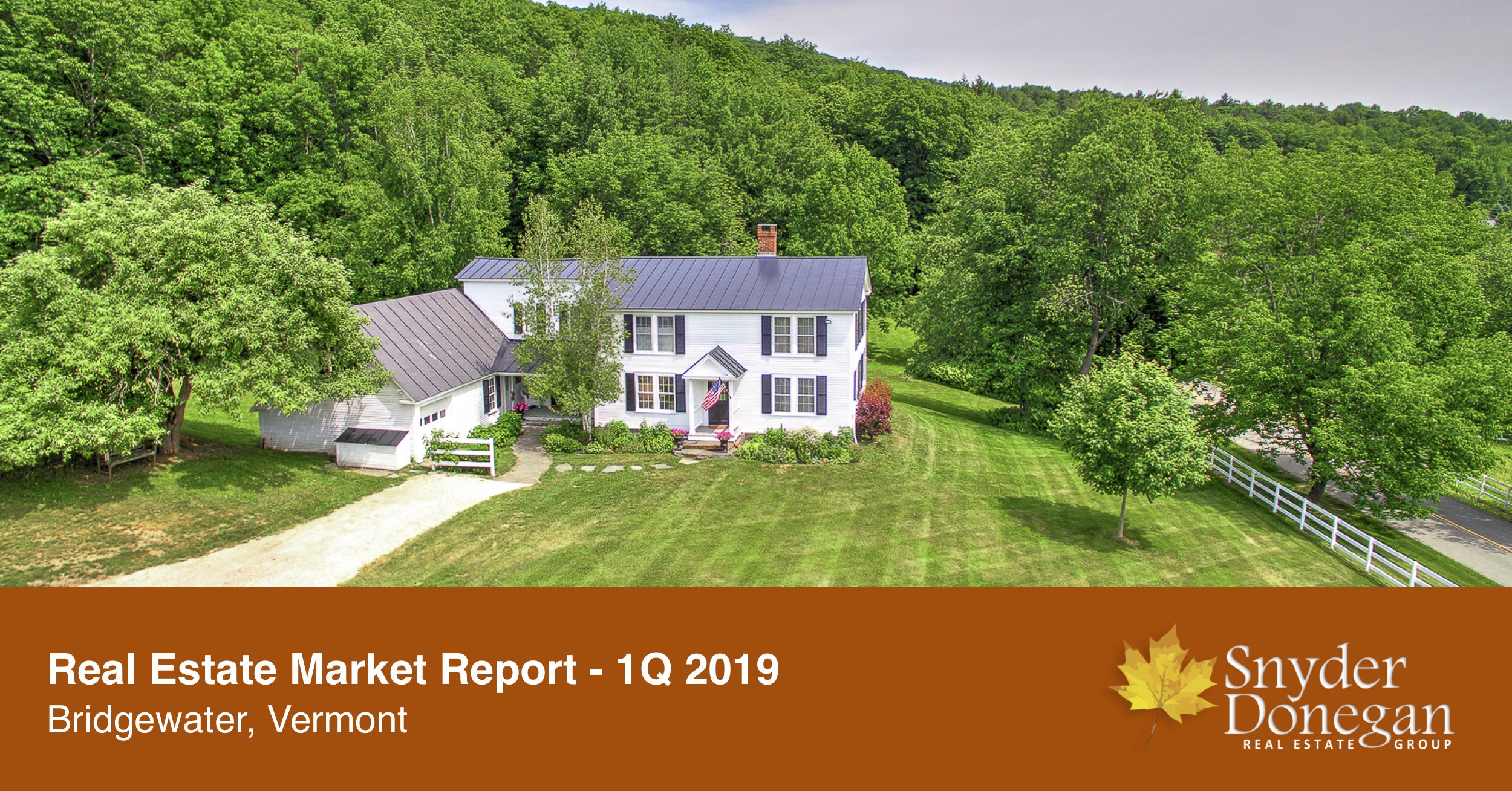 The Bridgewater, Vermont real estate market had a slow start in 2019, with no sales of single-family homes.  While initially discouraging, the lack of sales is not necessarily indicative of the rest of the year.  A first quarter with no sales also occurred in 2010, 2012, 2014, 2015, and 2018.

One interesting development, which we also touched on in our report for Bridgewater covering the full year of 2018, is that of continued declining inventory.  Inventory of single-family homes in Bridgewater is now at its lowest point since post-recessions highs, with just twelve (12) houses actively listed for sale on April 1 of this year.  This leads us to our view that the lack of sales in the first quarter is not representative of any decrease in buying interest in Bridgewater or the market area as a whole.  Based on first quarter data for Woodstock and several adjacent towns, there does not appear to be a market wide slow down.

Buying activity in this region is generally the slowest during the first quarter, while snow covers the ground and cold temperatures discourage many from wanting to shop for houses.  Analyzing historical data for Bridgewater from 2004-2018 shows that, on average, just 17% of the total sales for a year occurred during the first quarter.  This past winter was particularly challenging with the repetitive heavy snowfall-to rain-to ice cycles that occurred several times.

As of April 1, there were two (2) properties active under contract and set to close in the coming months – most likely in the second quarter. 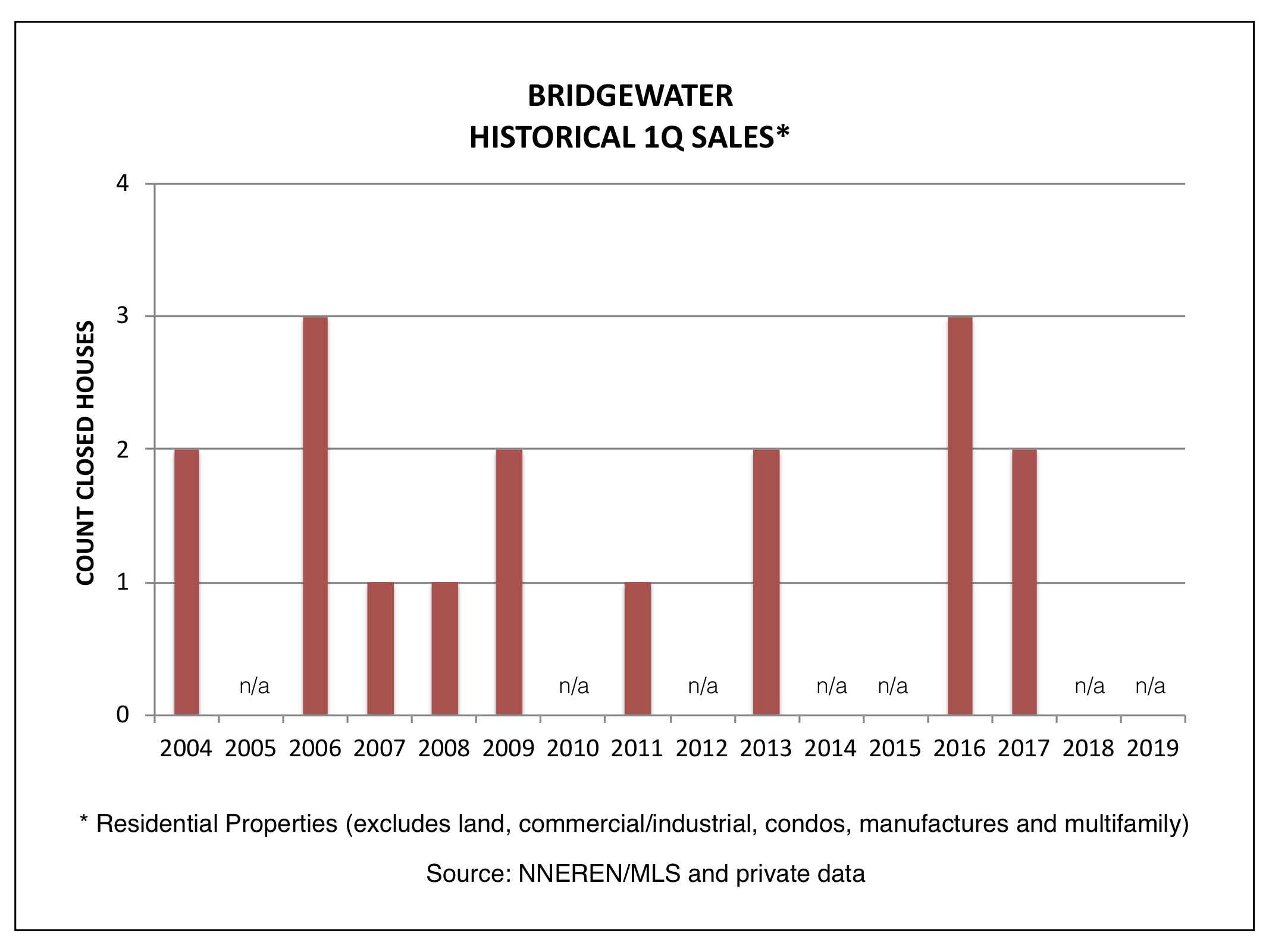 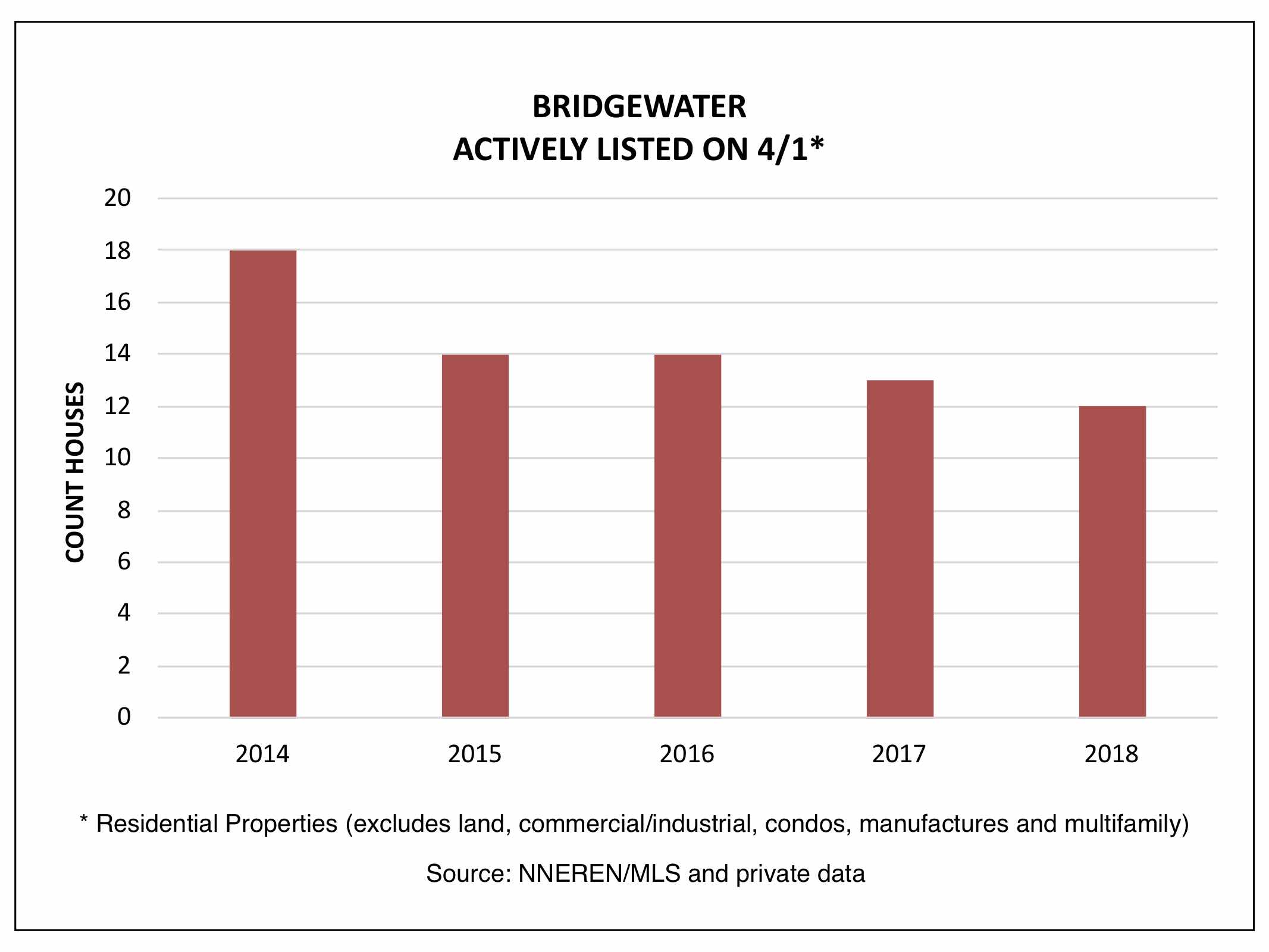 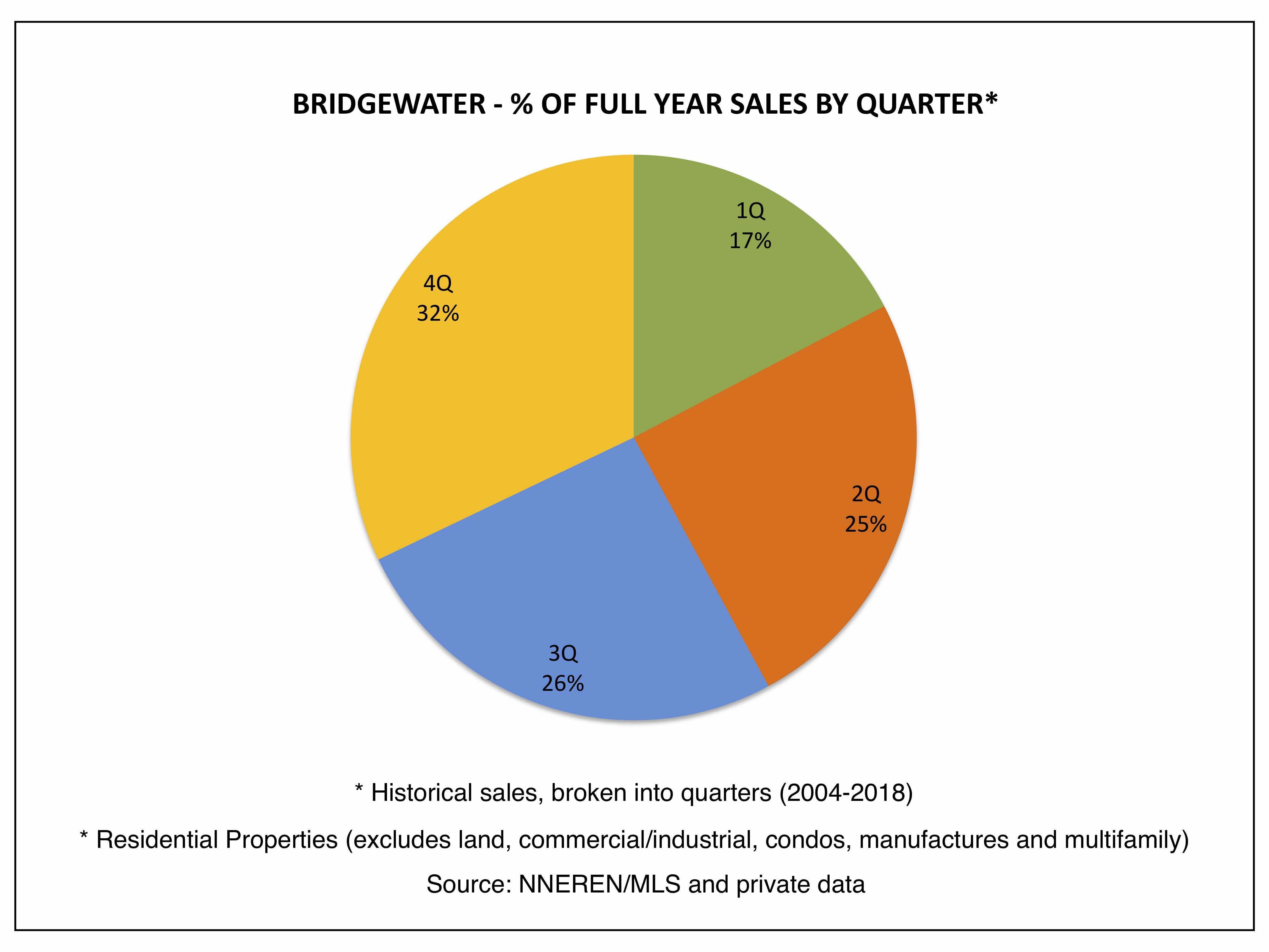