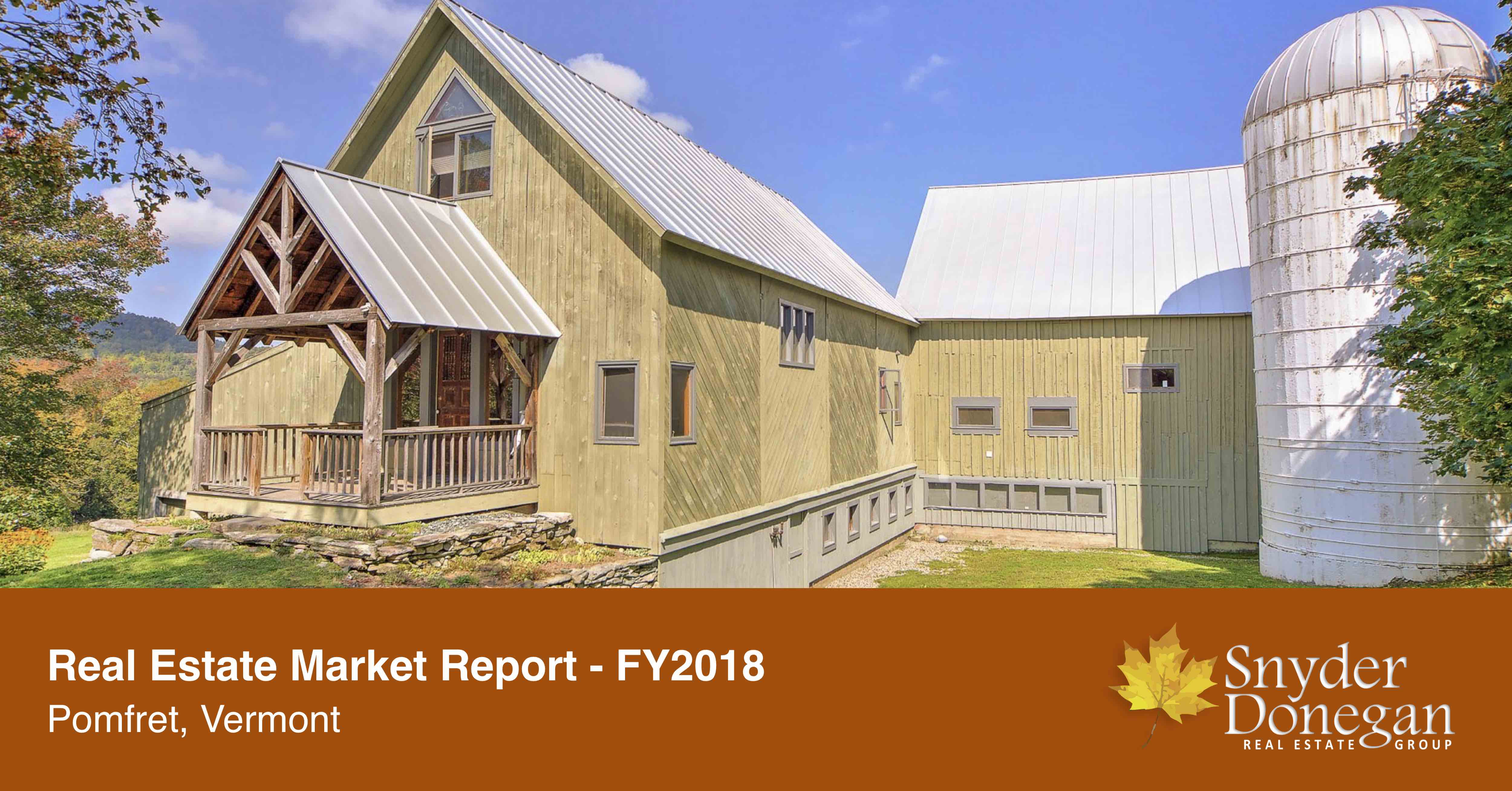 The Pomfret, Vermont real estate market had a great 2018, with seventeen (17) sales of single-family homes, up 31% from 2017, with thirteen (13) sales.  As of this writing there were two (2) properties active under contract and set to close in the coming months – most likely in the first quarter of 2019.

Like Woodstock and other nearby towns, Pomfret has been following a trend of decreasing inventory over the past 5 years.  There were just fifteen (15) houses actively listed for sale on December 31 of 2018, down 46% compared to the high of twenty-eight (28) houses listed on the same date in 2013.  We initially observed this decline in inventory in Woodstock alone, before the effect ultimately pushed out into surrounding towns such as Pomfret, as buyers faced with so few options in Woodstock began purchasing in less familiar, neighboring towns.

Charts illustrating the above information can be found below, followed by a complete list of all 17 properties that closed in Pomfret in 2018. 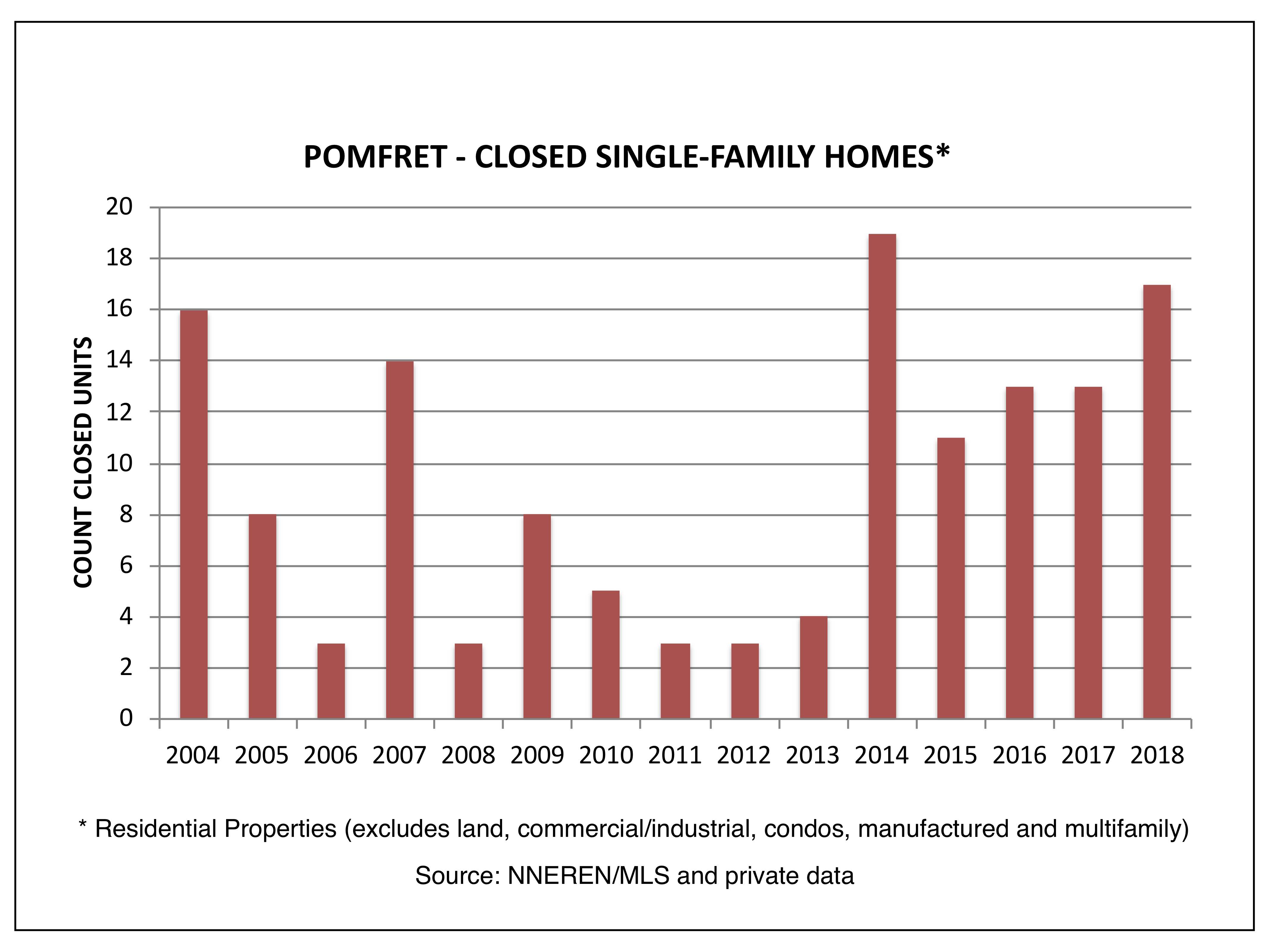 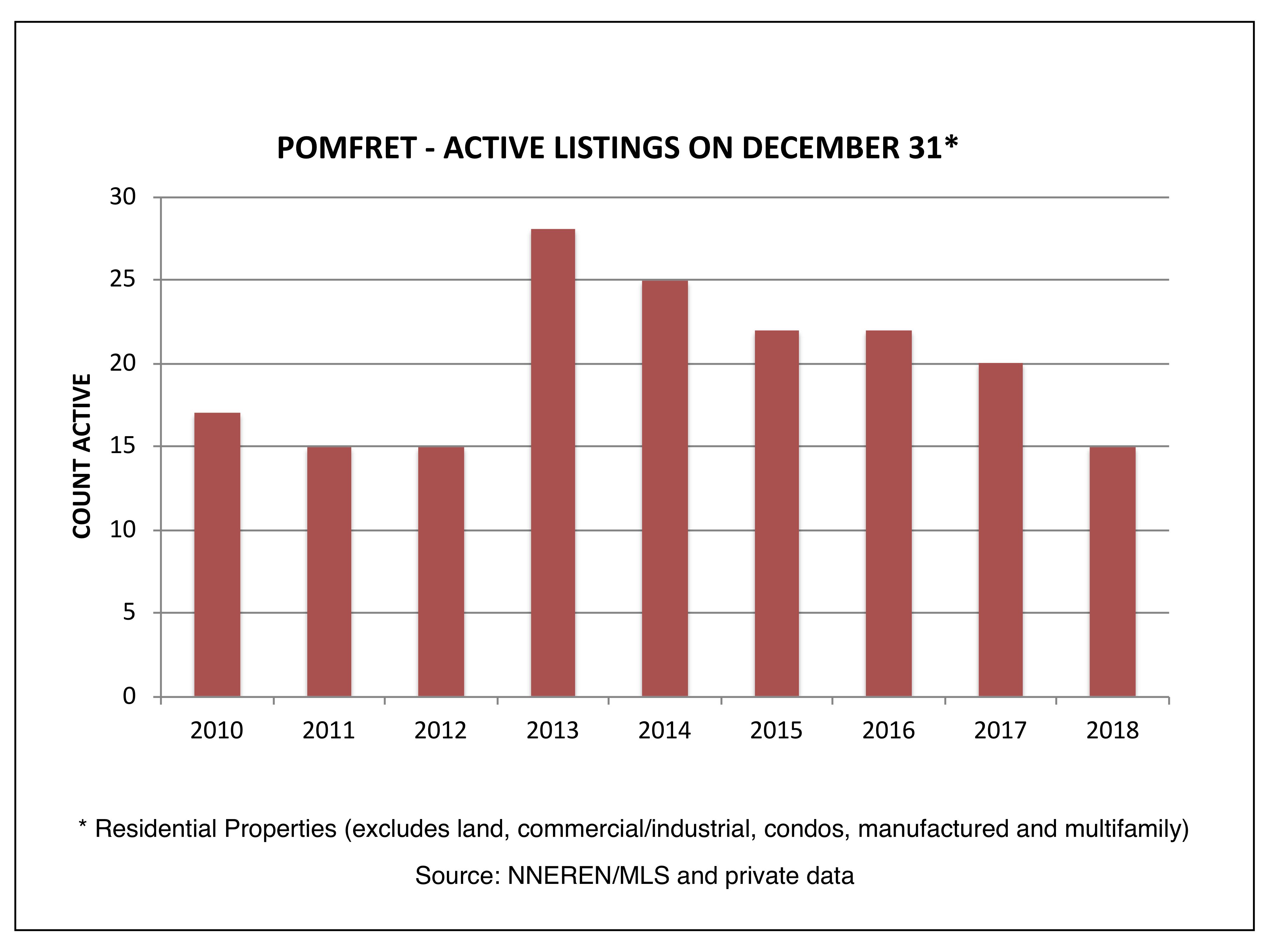 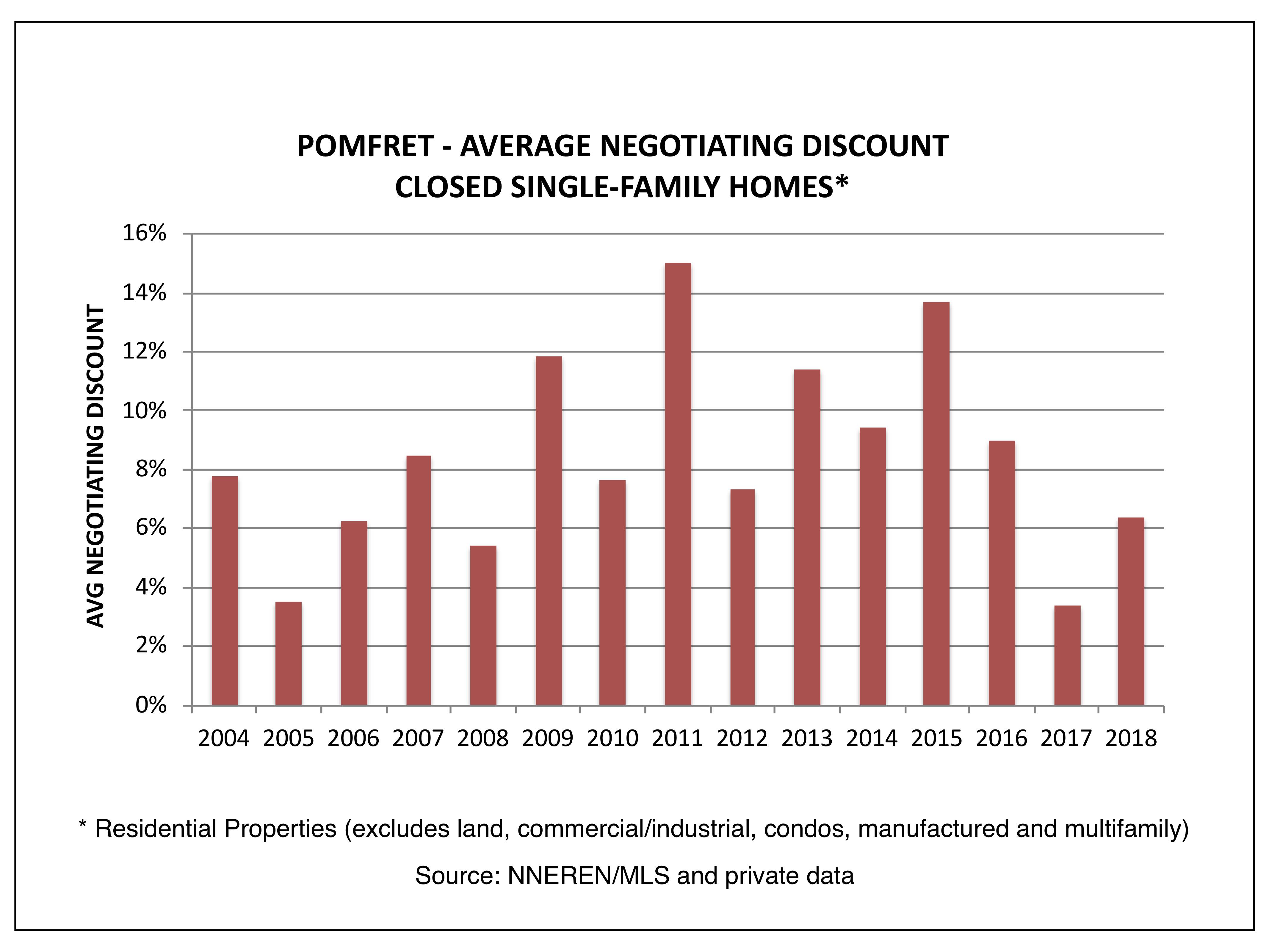 A list of all 17 properties that sold/closed in Pomfret in 2018 is below.